Montgomery is only a sophomore and has received offers from Ohio State, Michigan, Notre Dame, LSU, Georgia, Oklahoma, Florida, Florida State, and many others. 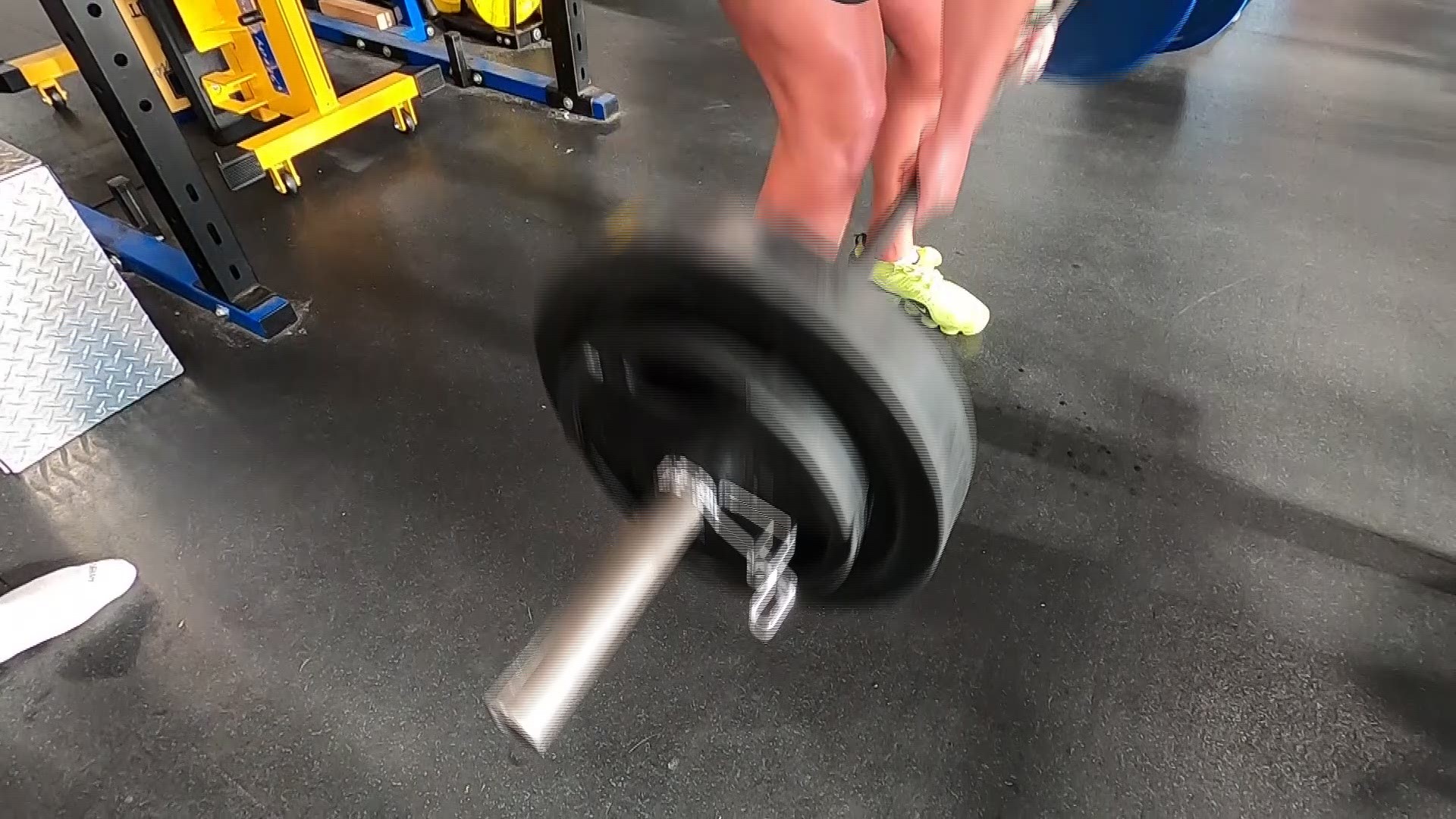 Findlay’s Luke Montgomery is one of the most highly sought-after players in the entire country right now standing at 6’5”, 260 pounds and he’s still just a sophomore.

"It's been a blessing," said Montgomery. "I didn't expect it this early. That's the craziest part. Obviously right now with COVID and stuff, it's been hard to be able to see places, but I think teams and colleges have done a really good job of virtual visits. We're hoping to get out here in June and really hit the road and see what's out there."

He has received offers from Ohio State, Michigan, Notre Dame, LSU, Georgia, Oklahoma, Florida, Florida State, and many others throughout the recruiting process.

As a high school sophomore, it was overwhelming talking to the best coaches in America at first, but he’s getting more comfortable by the day.

"It's really cool. At first, I was super nervous," said Montgomery. "But as you go on you just really connect with them and it's fun always talking with them."

So far, he’s handled the attention in stride and he continues to push himself every day to get better.

The 247 Sports recruiting rankings have him as the number 51 player in America for 2023. Right now, he’s still unsure if he will play offensive or defensive line in college.

"I really just think it's motivation to keep working and have that mindset that wherever I go play, I'm going to have a huge impact right out of the gate," said Montgomery. "That's really what it's all about for me."

"It's not something that he talks about or brags about," said Findlay head coach Stefan Adams. "He goes about just taking care of his own business. So far, he's done really well handling the nature of it all."

According to his high school coach, the praise is all well deserved and he’s only going to continue to get better.

"He's what you want in your program," said Adams. "What does a program kid have? They have high character, they work hard, they lead by example, and they also do a great job of vocally leading too. He's everything you want in a quality human being."

Findlay HS sophomore Luke Montgomery is one of the top football recruits in the country for the 2023 class. He's got offers from Ohio State, Michigan, Notre Dame, LSU, Georgia, Florida, Florida State and others.

He's a humble kid who is getting a ton of attention. pic.twitter.com/VR54tLJ650