Elmwood's Jenkins overcomes obstacles to break records on the track

At just two years old Jaydon was diagnosed with transverse myelitis, but that hasn't slowed him down. He recently broke the seated 800-meter state record. 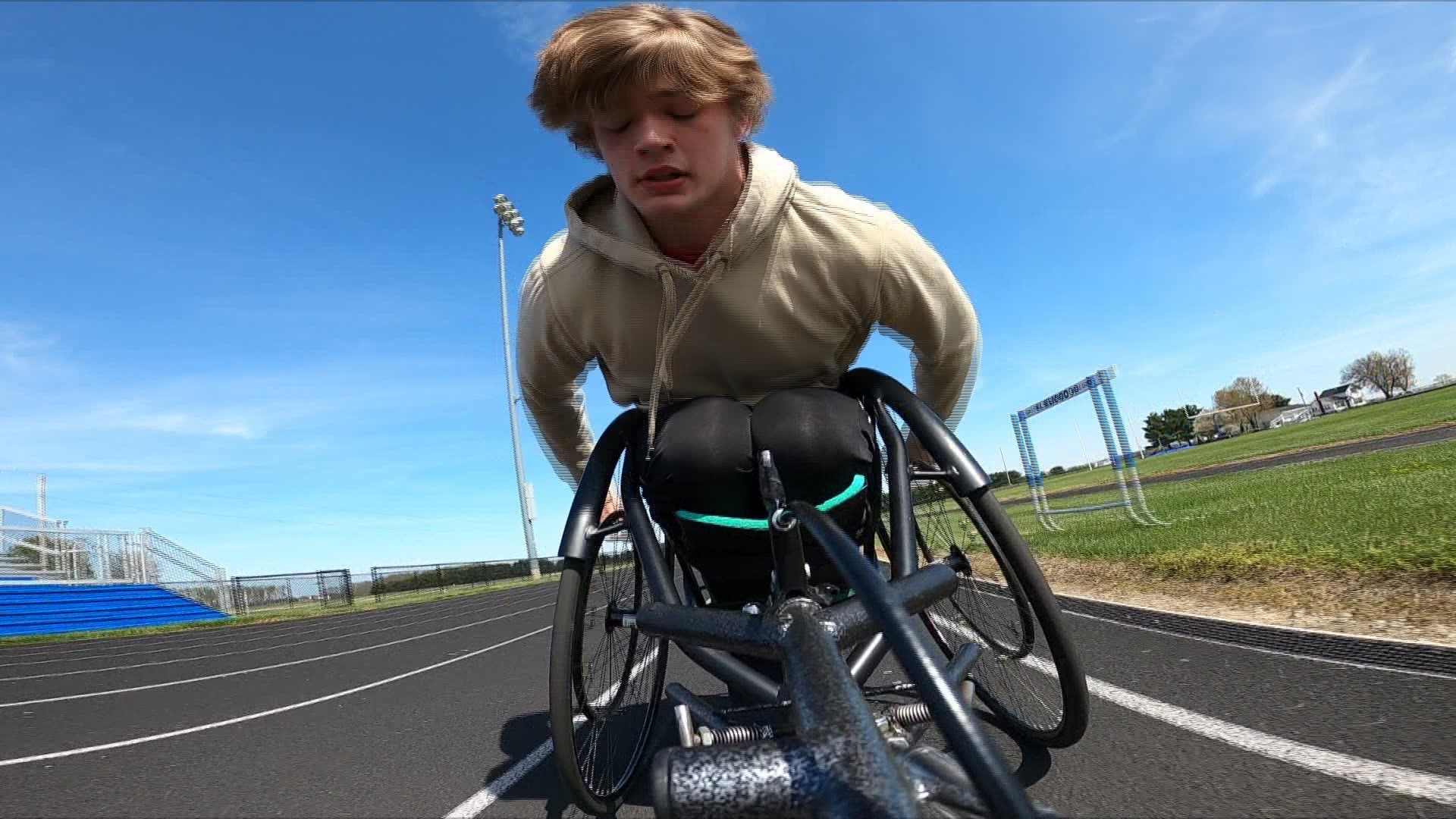 BLOOMDALE, Ohio — As Elmwood's Jaydon Jenkins flies around the backstretch, years of hard work are paying off.

He broke the seated 800-meter state record this weekend. A record he's been eyeing for a while.

"It was crazy," said Jenkins. "I've been trying for this since my freshman year. My freshman year I went like 2:03 and the state record was 2:01, so I was pretty close. Last weekend I just had the right people in the race and I was able to get it."

"Honestly, with the year off I didn't know what to expect going from his freshman year to this year," said Elmwood track and field head coach Darren Morrison. "He's put on like 20 pounds of muscle and he's been working hard in the weight room. Just seeing him work hard, it's been impressive seeing the things he's doing out here on the track.

This guy has been working hard for the past 2 years. Today at Patrick Henry he broke the seated 800m state record going 2:00.37. Nice job Jaydon! @nwosledhockey21 @ElmwoodAD @elmwood_hs pic.twitter.com/t0isvNIrEE

"I took a nap and I actually woke up from a nap and couldn't move at all from the ribs down," said Jenkins. "It took the myelin coating off the nerves around my spinal cord, and I just woke up and I couldn't move."

But that's never stopped him. As a freshman, he won the state championship in the 400 and 800-meter races.

Now as a junior, he's breaking records and has so much more potential for the future.

"The goal, at least for this season, is to get under two minutes," said Jenkins. "The goal, in the long run, is to maybe make the national team."

"I think the sky's the limit for him," said Morrison. "He has big goals, not just here in high school. He wants to do stuff in the future and I truly believe he could be one in the country, not just Ohio. I'm excited for him."

To add to those accomplishments, Jaydon also does shot put, sled hockey, and wrestling.

He's overcome obstacles and proved you can do anything you set your mind to.