The American won her second LPGA event in two weeks, both in Toledo. 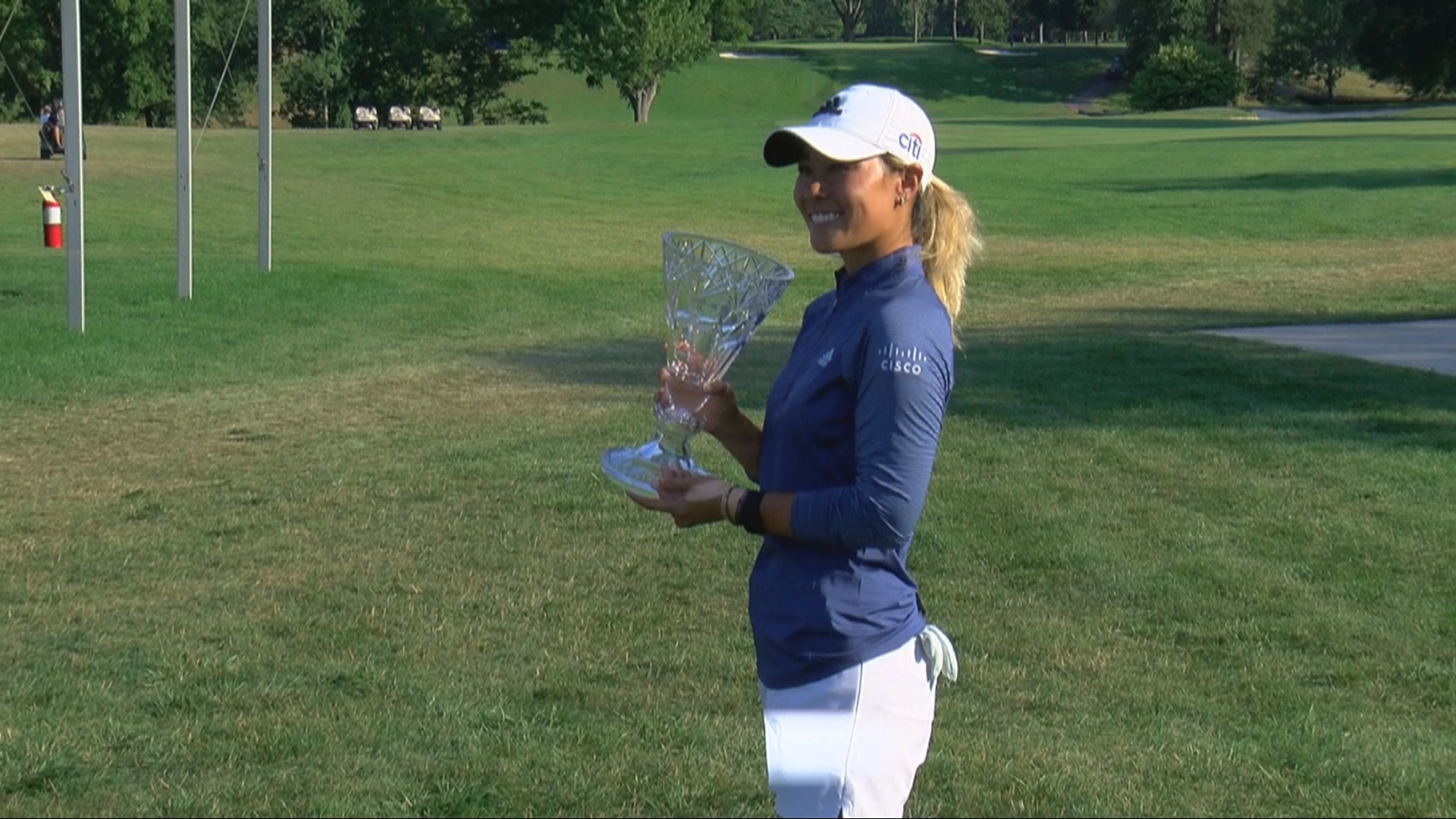 TOLEDO, Ohio — An exciting end to the 2020 Marathon Classic as American Danielle Kang overtook 2014 and 2016 winner Lydia Ko in the final round of this year's tournament to win her second tournament in two weeks.

Kang shot 3 under par in today's final round to Ko's 2 over par to win by 1 stroke.

Ko had a 5 shot lead with six holes to play before Kang made a charge to put herself in contention heading to hole 18.

Ko would struggle on the final hole and notch a bogey, leaving the door open for Kang to overtake and become the 2020 Marathon Classic champ.

"I'm really proud of the work I did in the off-time," said Kang. "I really utilized that time and I'm proud to come out during this quarantine and be able to execute my game that I wanted to."

Ko was tied for the lead or at the top of the leaderboard in each of the previous three rounds of the tournament. She was in the driver's seat to become a three-time Marathon Classic champion but would struggle on the back nine.

For much of the year, it wasn’t even a sure thing that the Marathon Classic would  be held in 2020.

In early June however, Ohio governor Mike DeWine gave the go-ahead for the annual event.

Although the hope was that fans would be able to attend, on July 16 the decision was made that in order to keep everyone safe, fans would not be on the golf course for the tourney.