'Who determines what's professional?': Black hair shouldn't be a topic for debate

From afros to curls to kinks to braids and anything in between, as Black women, we rock it all. 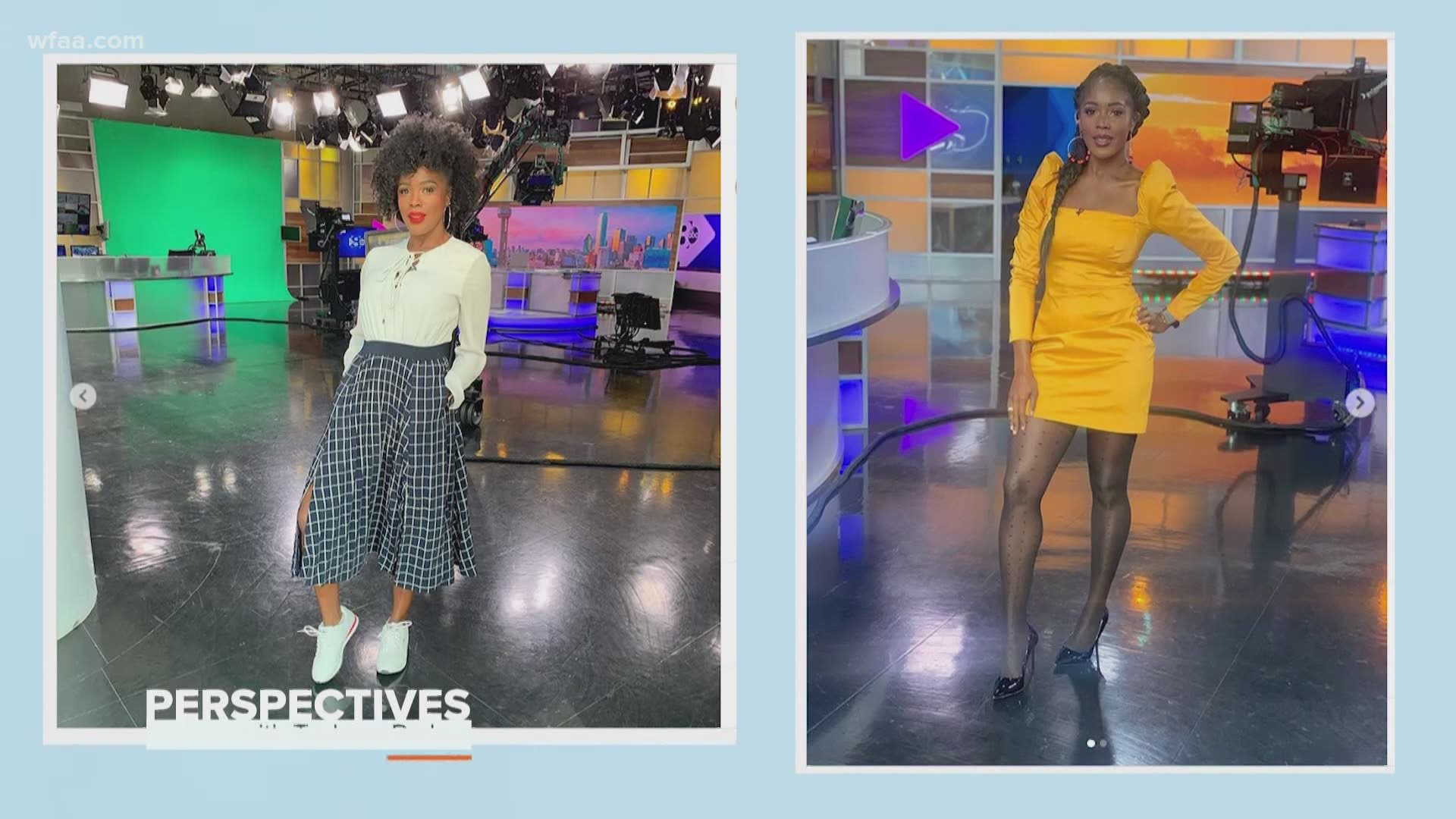 I've heard those two words consistently throughout my life and more so in the last couple of days, all because of the way I chose to wear my hair to work.

Most of the time, it's in its natural state or in natural hairstyles.

But this week — this bun situation — has caused quite the stir online.

Overwhelmingly many of you saying the style is professional, while some others saying not so much…

Here we are at another intersection of Black hair and what's considered professional in the workplace or even in schools.

I’m so grateful for those of you who continue to support me. I joked around asking people what they thought of this hairstyle and overwhelmingly many of you supported it, but a few said it was unprofessional. It begs the question, who determines what’s professional these days? pic.twitter.com/d4PpeT8Xtc

"Who determines what's professional these days and why do some people feel like natural Black hair and hairstyles are a debatable topic?"

From afros to curls to kinds to braids and anything in between, as Black women, we rock it all.

The question becomes why does it matter how we wear our hair? Why does hairstyle determine our level of professionalism in the workplace?

The way hair grows out of your head shouldn't be a trending topic on social media. The style that you wear also shouldn't trigger that type of reaction.

We've seen so many situations where Black people are discriminated against because of the way we choose to wear our hair.

There was a Texas teen who was suspended and banned from attending his own graduation because he wouldn't cut his dreadlocks because, apparently, they were too long. He was told his hair violated a 30-year-old dress code policy at the school.

I'm thinking those old, outdated rules should probably be updated at some point?

I'm sure many of the rules made up about what's considered professional — whether at school or at work — weren't made up by people who look like me. Yet, for so long, Black people, and certainly Black women, have been forced to shrink themselves and not show up fully in so-called professional settings.

Hair discrimination is a problem.

In fact, there's even a push at the state and federal levels to make hair discrimination a crime.

It's called the Crown Act, a bill that would make it illegal to discriminate based on hair texture and hairstyles in the workplace and in schools.

The Texas Black Caucus is considering it. Currently, such a bill has only passed in fewer than 10 states.

The bill was recently passed by the U.S. House. If approved by the Senate and signed into law by the president, it would apply to all 50 states.

The Crown Act Was Just Passed By the House of Representatives
For too many years, Black women have been told their hair was "unkempt," "unprofessional," and "distracting"-meanwhile the Kardashians and many white women have appropriated those same styles in the name of fashion. However, on July 3, 2019, California became the first state to sign the Crown Act into law, prohibiting discrimination against natural hair and protective styles in schools and workplaces.

It's sad we need a law just so that we can exist as our natural selves. But here we are.

By the way, if you are one of those people typing on your keyboard about this style *not* being professional, please help me understand why my crown offends you so much.

What you may not realize is it takes a level of confidence for Black women to show up fully, in all their glory, without having to adjust to who's in the room or how they will be perceived once they get there.

So, before you decide to offer your feedback about how someone should wear their hair, I ask you to examine what's really causing you to think such a way.

How do you create spaces that allow your Black employees to show up as themselves fully? How do you make sure no one feels as if they aren't represented in the workplace?

That, my friends, is where the work begins. It's not hard. It just needs to be done.