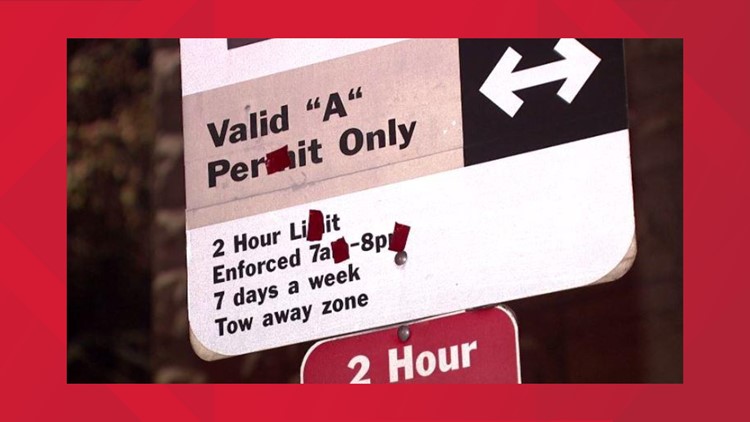 COLUMBUS, Ohio — It is an annual tradition.

Ahead of the Ohio State University football team's game against Michigan on Saturday, the letter M has been crossed out on every sign on campus.

The letter is crossed out with red tape because during this week, fans try to avoid even reading that maligned letter.

This year's game features a top-10 matchup in Ann Arbor. Ohio State is ranked No. 2 in the Associated Press poll while Michigan is ranked at No. 10.

The rivalry dates back to 1897. It was the first year the teams clashed on the gridiron. In the decades that followed the mutual disdain grew into one of college football's greatest rivalries.