Just minutes after Buckeyes coach Ryan Day had a press availability, news broke out of Ann Arbor that the storied rivalry game is canceled for this Saturday. 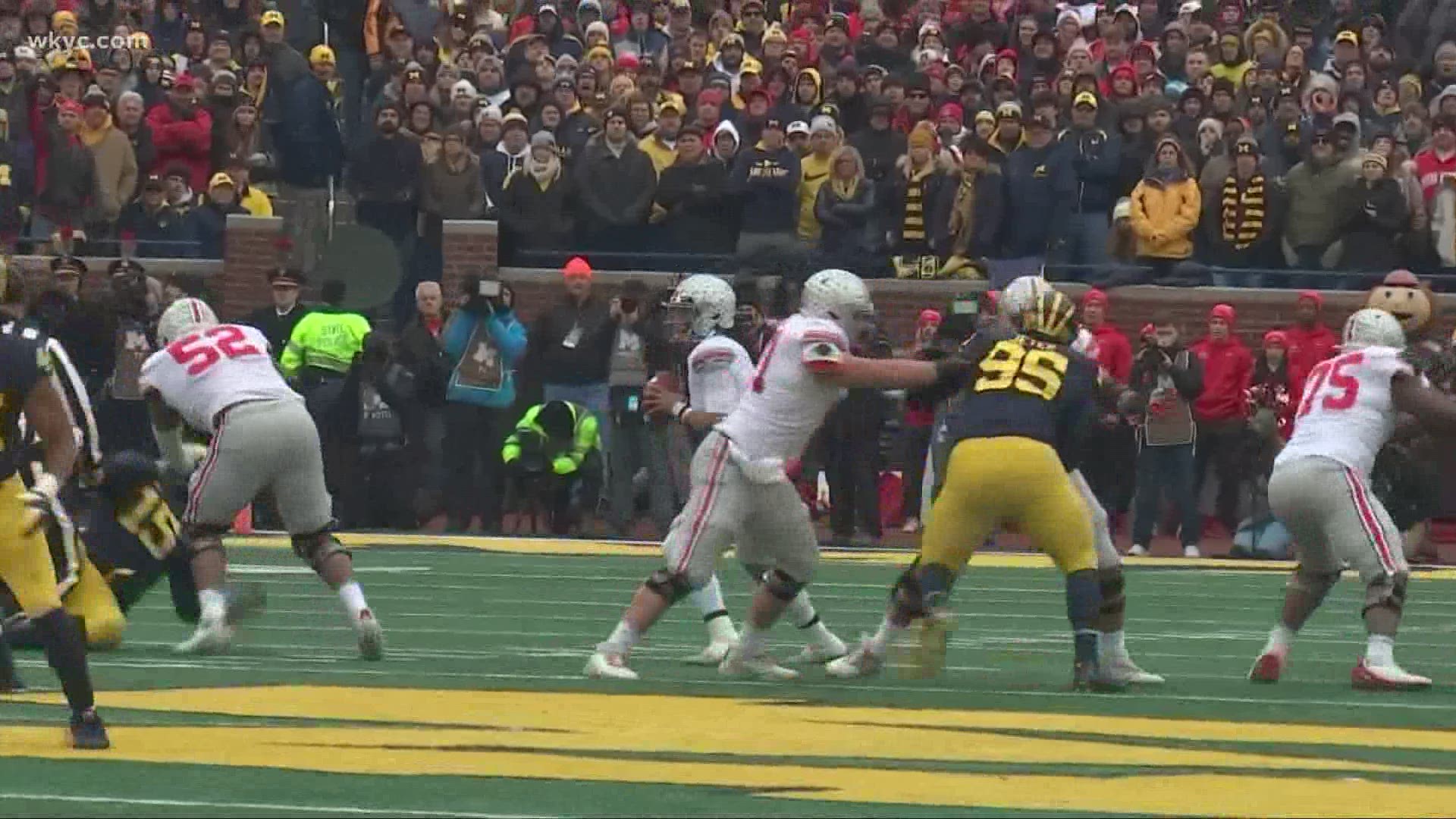 ANN ARBOR, Mich. — The Ohio State-Michigan football game is canceled this Saturday, the University of Michigan announced, due to rising positive COVID-19 cases and student-athletes in quarantine over the past week.

The game was originally set for a noon kickoff at Ohio Stadium, and was to be the 117th time the two rivals had met and for the 103rd consecutive year.

The Ga❌e isn't just played on one day. It's lived year round.

The University of Michigan released this statement announcing the cancellation:

The University of Michigan Athletic Department announced Tuesday (Dec. 8) that an increasing number of positive COVID-19 cases and student-athletes in quarantine over the past week will result in the cancellation of Saturday's (Dec. 12) scheduled game at Ohio State. This decision was made after conversations with medical experts, health department officials and university administration.

"The number of positive tests has continued to trend in an upward direction over the last seven days," said Warde Manuel, U-M's Donald R. Shepherd Director of Athletics. "We have not been cleared to participate in practice at this time. Unfortunately, we will not be able to field a team due to COVID-19 positives and the associated quarantining required of close-contact individuals. This decision is disappointing for our team and coaches but their health and safety is paramount, and it will always come first in our decision-making."

Michigan will continue daily testing with hopes of getting back on the practice field when cleared by medical professionals. The Big Ten will hold its Champions Week of games on Dec. 18-19.

OSU was favored to win Saturday's game, being a 30-point favorite, and the Buckeyes have dominated the games in the 2000s. The Buckeyes have a 5-0 record, while the Wolverines sit at a dismal 2-4.