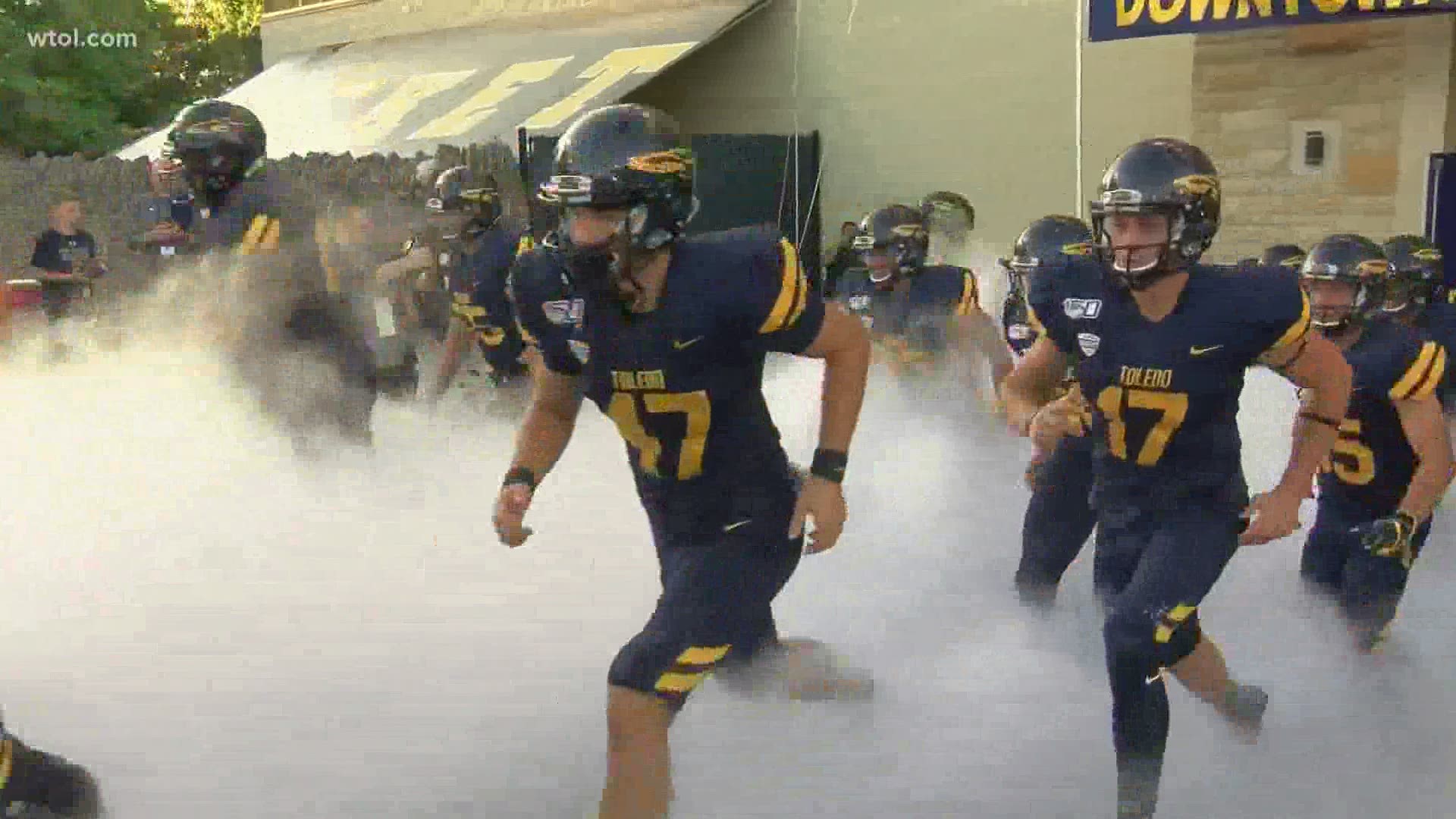 TOLEDO, Ohio — The Mid-American Conference has canceled this year's fall sports seasons due to concerns related to the COVID-19 pandemic, the conference announced on Saturday.

The MAC is hoping to hold fall sports in the spring. Meanwhile, there has been no decision made at this time regarding winter sports.

The Council of Presidents unanimously voted to take this action, "with the health and safety of its student-athletes, coaches, and communities as its top priority," as stated in a press release.

“I’m crushed by this decision, I am so disappointed, it’s just crushing that we can’t facilitate the opportunities this fall because of circumstances around us,” said MAC Commissioner Jon Steinbrecher.

The fall sports affected are men’s and women’s cross country, field hockey, football, men’s soccer, women’s soccer, and women’s volleyball. At this time, there have been no decisions made regarding winter sports.

The move would impact the University of Toledo and Bowling Green State University athletics.

Statement from head football coach @CoachLoefflerBG on today's decision by the Mid-American Conference to postpone all fall sports. #AyZiggy pic.twitter.com/NeGJD6ilbm

We will fly again soon. Love this team ! #GetBetter 🚀 pic.twitter.com/KxZBqXkzKS

“From day one, no matter the issue, we always talk about the health and well-being of our student-athletes, and that did not vary from this discussion,” said Toledo Director of Athletics Mike O’Brien.

"This has been an extremely difficult decision to make," said BGSU Director of Athletics Bob Moosbrugger. "Our student-athletes and coaches want to compete. Our fans and our alumni want to cheer us on. However, as we have often said, health and safety is the utmost priority. This decision confirms our priority and our leadership within intercollegiate athletics."

There were earlier reports that some of MAC's school members had been pushing the league not to play at all and suggesting they would not compete, even if the conference decided to hold games in the fall, according to CBS.

I was told late last night that the MAC was likely to cancel football in the fall & hoped to move it to the spring. According to McMurphy, that just came true. MAC presidents had a meeting at 9 am today.

Although the MAC is canceling football games in the fall due to coronavirus concerns, the conference was also financially hit hard by the Big Ten's decision to play conference-only games this season.

"There were 11 Big Ten vs. MAC non-conference games scheduled in 2020 with payouts to MAC schools set to approach nearly $11 million. Many athletic departments count on those big-money games against Power Five opponents to cover operating costs each season," CBS reported.