It will be the Cyclones' second meeting with OU this year, and they can't afford to get too high or too low against the Sooners. 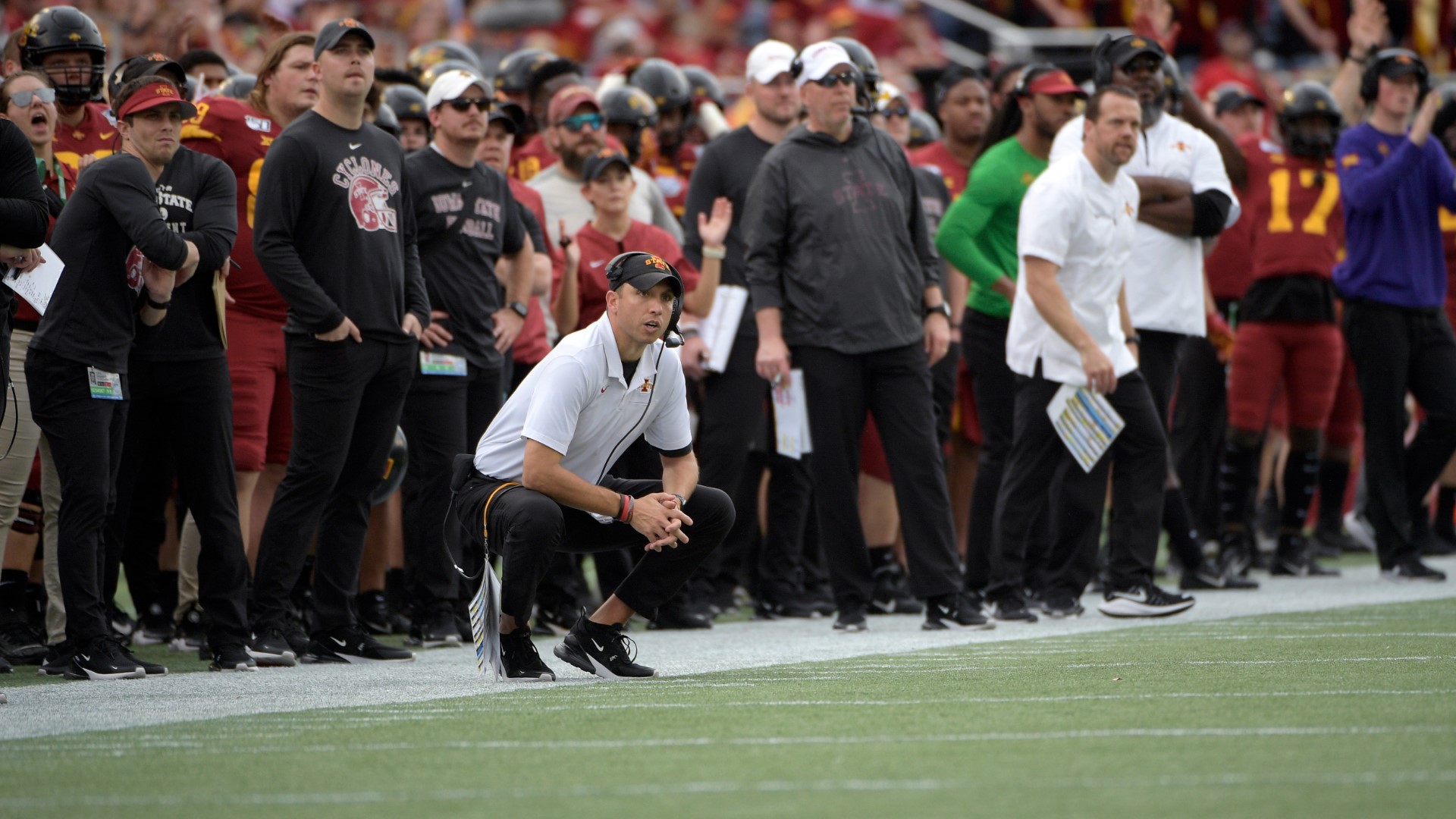 Iowa State has a chance to do something they've never done before on Saturday: beat Oklahoma twice in one season and win the Big 12 Championship.

But the Sooners ISU faces Saturday are not the same Sooners that the Cyclones beat in early October.

“A very young team when we played them early in the season," head coach Matt Campbell said. "And I think a very young team that was extremely talented, that has grown into, you know what, what you've seen from Oklahoma year after year and that's a dynamic football team."

That makes them a dangerous opponent for the sixth-ranked Cyclones, but they're excited for the challenge.

“Regardless of who it is. I just, I love it. It's a big game like, I mean if you want to, I mean, they've won the Big 12 the last few years in a row and so if you want to win the Big 12, you got to beat OU,” junior tight end Charlie Kolar said.

That’s something Iowa State has done once this season, but back on Oct. 3, the Cyclones said they didn't want that to define this year, a trap they've fallen into in years past.

“These last couple years you know we've kind of been run that yo-yo of getting high with the high and low with the lows and understanding that you know we can't we can't do that anymore," senior defensive back Greg Eisworth said.

This team has matured greatly, but they've never been in this position. This is the payoff.

“We've always known what results that we would love to have in our program. But we've always worried about how do we better the process,” Campbell said.

For Eisworth, it’s a chance to return to his home state, playing in his backyard.

“It is big time for me. I remember when I committed here, seeing that the Big 12 Championship game is played in the AT&T Stadium and that was you know, at that point I was like 'Man ... we got to go do that before I leave'," Eisworth said.

"That's what I want to accomplish here and so it's huge, you know, being able to say that I was able to play there are able to get this opportunity, especially my senior season.”

Local 5 will have exclusive coverage of the cyclones including live reports from Arlington Friday and Saturday morning, leading right up to kickoff at 11 a.m.

RELATED: How to watch Iowa State vs. Oklahoma in Saturday's Big 12 Championship Game