This will be the eighth consecutive year that Central Catholic will play in the regional finals. 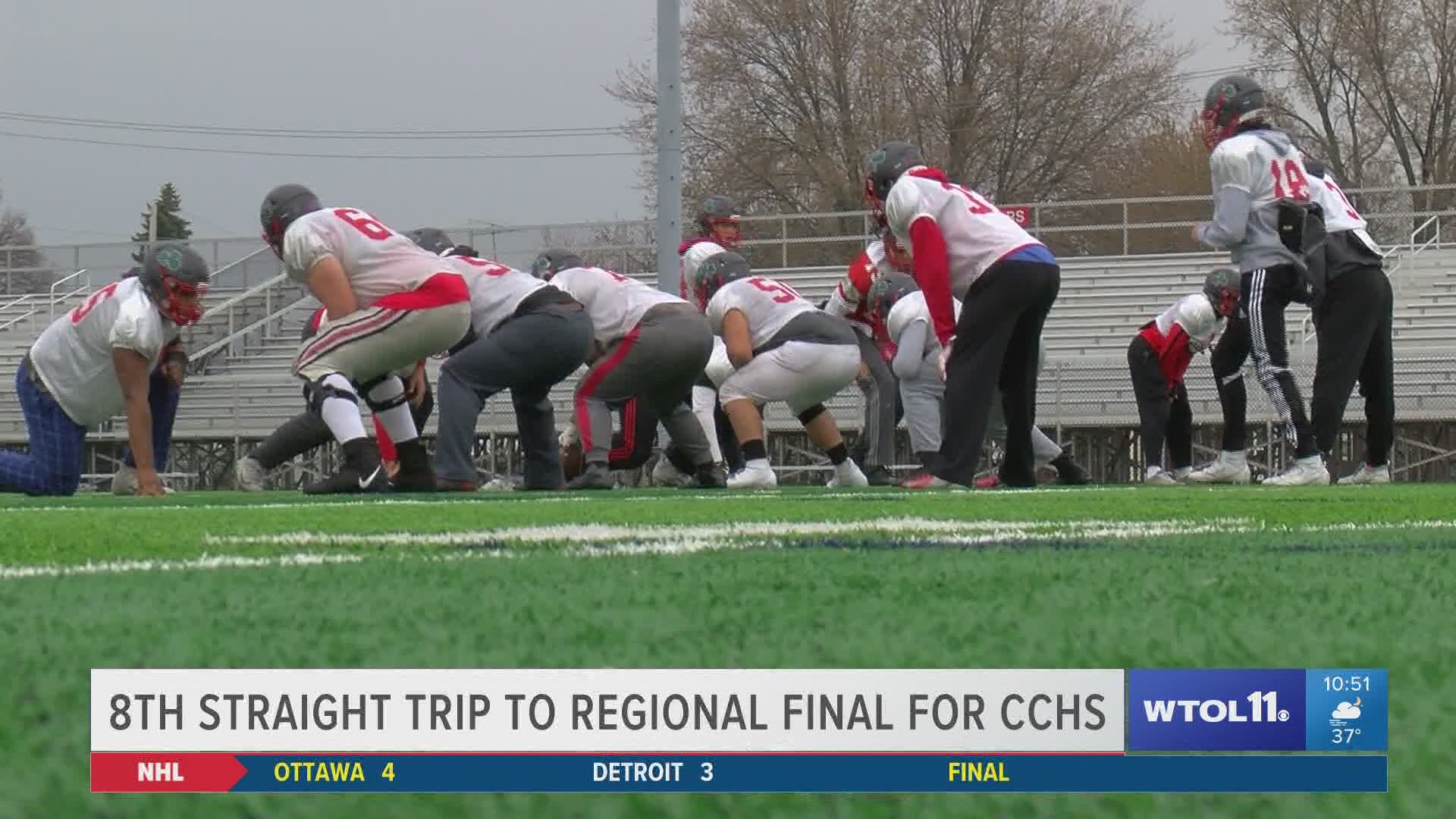 TOLEDO, Ohio — Playing into late November has become a way of life on Cherry Street.

Central Catholic will look to extend their season when they play Olentangy for a chance to make the state semifinal game.

The Irish beat St. John's in a Three Rivers Athletic Conference rematch to advance to the regional final, while also remaining unbeaten on the season.

Last week, Olentangy ended Anthony Wayne's perfect season to set up the meeting with the Irish.

While Central Catholic is used to being in this spot, they aren't taking for granted what it means to still be playing.

"We're breathing rare air," said Central Catholic head coach Greg Dempsey. "It isn't something you take for granted. Everybody talked about us a lot last year, assumed it was a done deal and look what happened. Now we have a chance to come back and redeem our name a little bit."

"You just know what the expectations are," said Irish senior Noah Zak. "You have to come in and work every single day because there's lots of competition. You're going to be pushed by your teammates and coaching, and just keep on going."

Central Catholic will look to advance to the state semifinal game for the first time since 2017. The Irish will play Olentangy at 7 p.m. from Frost Kalnow Stadium.