Adrienne Struble showed true sportsmanship when she stopped her race to assist a runner who she found laying on the ground unconscious in the woods. 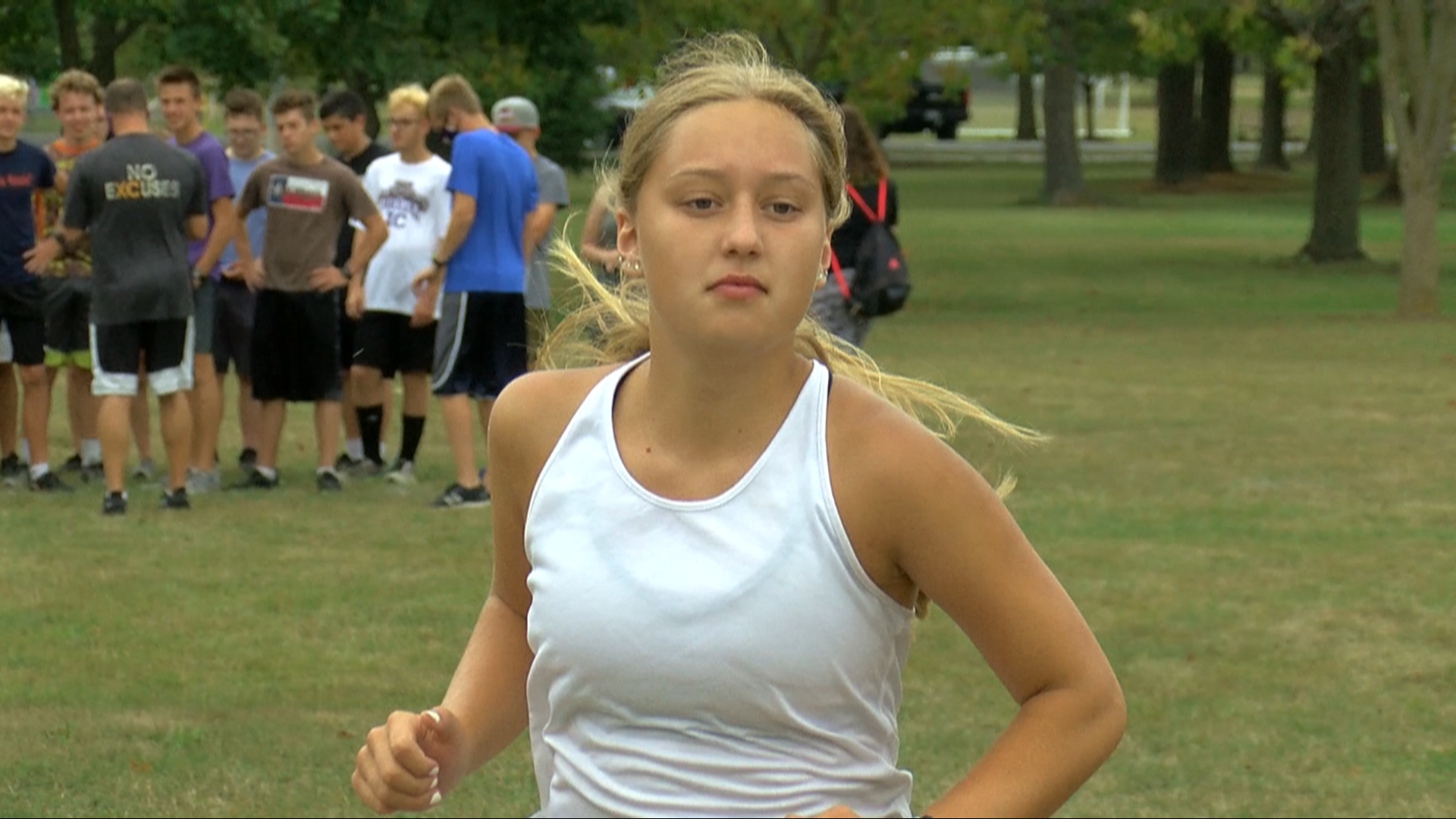 BRYAN, Ohio — A true act of sportsmanship was shown when a Bryan High School cross country runner put her competitiveness aside and brought her compassion to the forefront.

"That's just what you do," runner Adrienne Struble said.

Struble was less than a mile into a cross country meet when her race quickly changed. She came across an opponent in need.

A runner from another school had collapsed and was unresponsive in the woods.

"I came into the woods and off to the side, I noticed a girl laying down. I thought she had hurt her knee or ankle," Struble said. "Then her teammate started putting her over her shoulders. She started crying and I said, 'She is unconscious, we need to do something.' We started yelling for help and no one was coming so we brought her out of the woods to get her help."

The girls got the runner help and she is OK, but they were left wondering if they would be disqualified. However, at the end of the day, that didn’t matter to them. It was all about helping a fellow runner.

"After I set her down I was like, 'I am going to get disqualified.' I didn't really think about that but I thought 'It's whatever, we just need to get her help,'" Struble said.

By putting rivalries and teams aside to help a fellow runner in need, she proved that winning doesn't always involve making the podium or breaking a personal best - sometimes, it's about being the best person possible.