Jamie Ruffner passed away less than a month after being diagnosed with cancer. The Bobcats will keep his memory alive all season long. 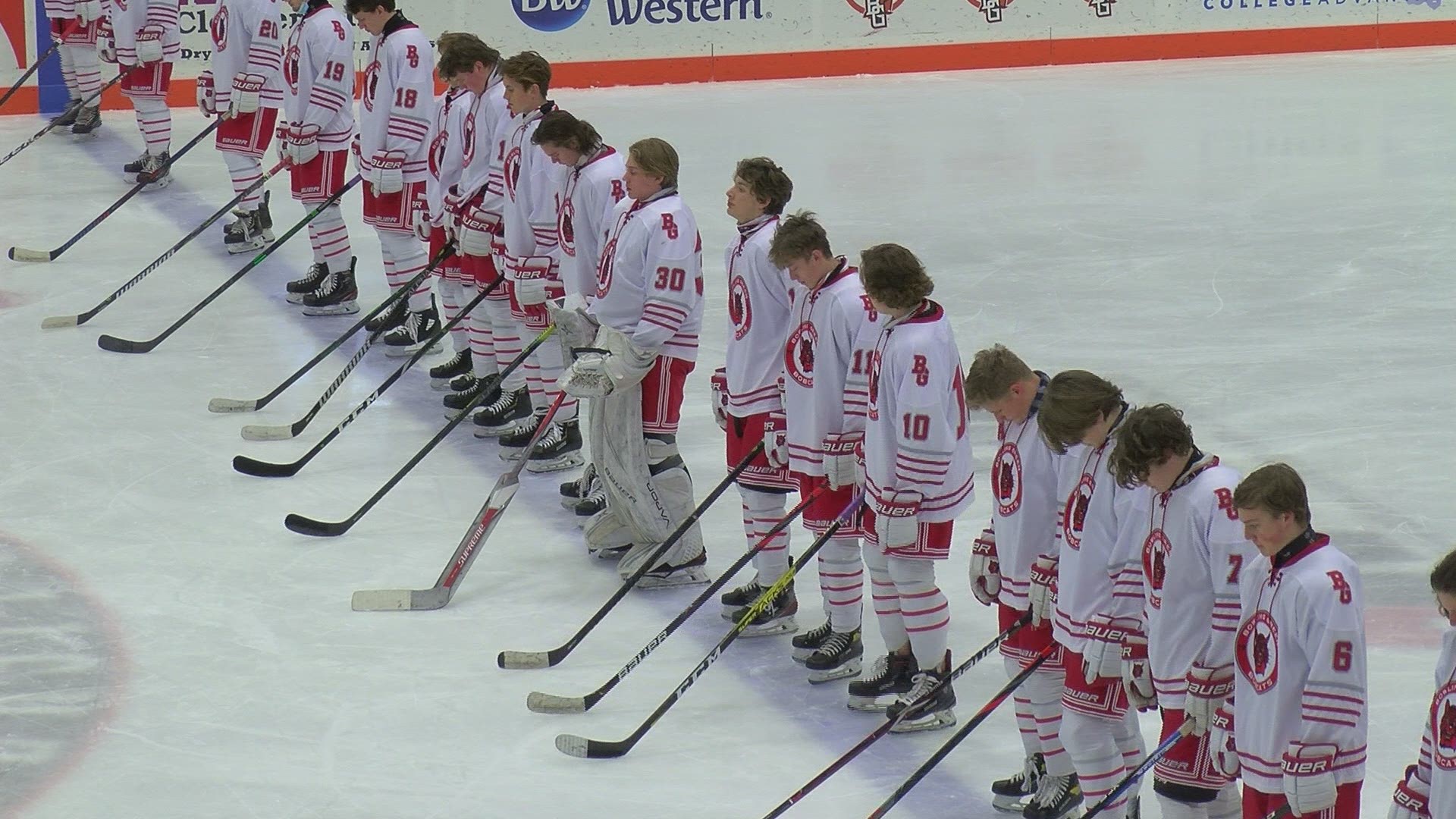 BOWLING GREEN, Ohio — A somber moment for the Bowling Green High School hockey team on Monday. It was their first game back on home ice since the passing of their head coach.

Jamie Ruffner was diagnosed with stage 4 colon cancer in December. It was tough news for the team.

"I was in shock," Associate Head Coach Connor Rogowski said. "I didn't understand what I was being told at the time. I talked to him the next morning. We just talked about how he is such a fighter and it doesn't matter what this news is. He was going to keep fighting for his family and for his kids. We were going to get through it and come back next year and finish what we started."

But now they won't get that chance. Cancer progressed quickly. Jamie passed away less than a month after being diagnosed. The team now hangs on to the final moments they had with their head coach.

"Once I heard he was going into Hospice, it hit me really hard. I saw him the day before he died. He died the next morning and that was really tough for me," Captain Nick Powers said. "We watched football for an hour and then we both said we love each other and going to miss each other. It was good to have a final moment with him."

Gone but not forgotten. Jamie will still be announced as the head coach every game during starting lineups and his number 14 jersey hangs on the bench.

Just like Jamie fought, the Bobcats fought through their emotions and won three huge games in a row following his passing. They know Coach Ruffner was looking down, very proud of their accomplishments.

RELATED: Woodmore twins sharing successes through competition on and off the court

RELATED: Maumee Hockey Forever: Panthers lose one of their own