BGSU basketball fans get up close and personal with team postgame

After every Bowling Green men's basketball home game, fans don't clear out of the stands right away. They stick around for a post-game tradition. 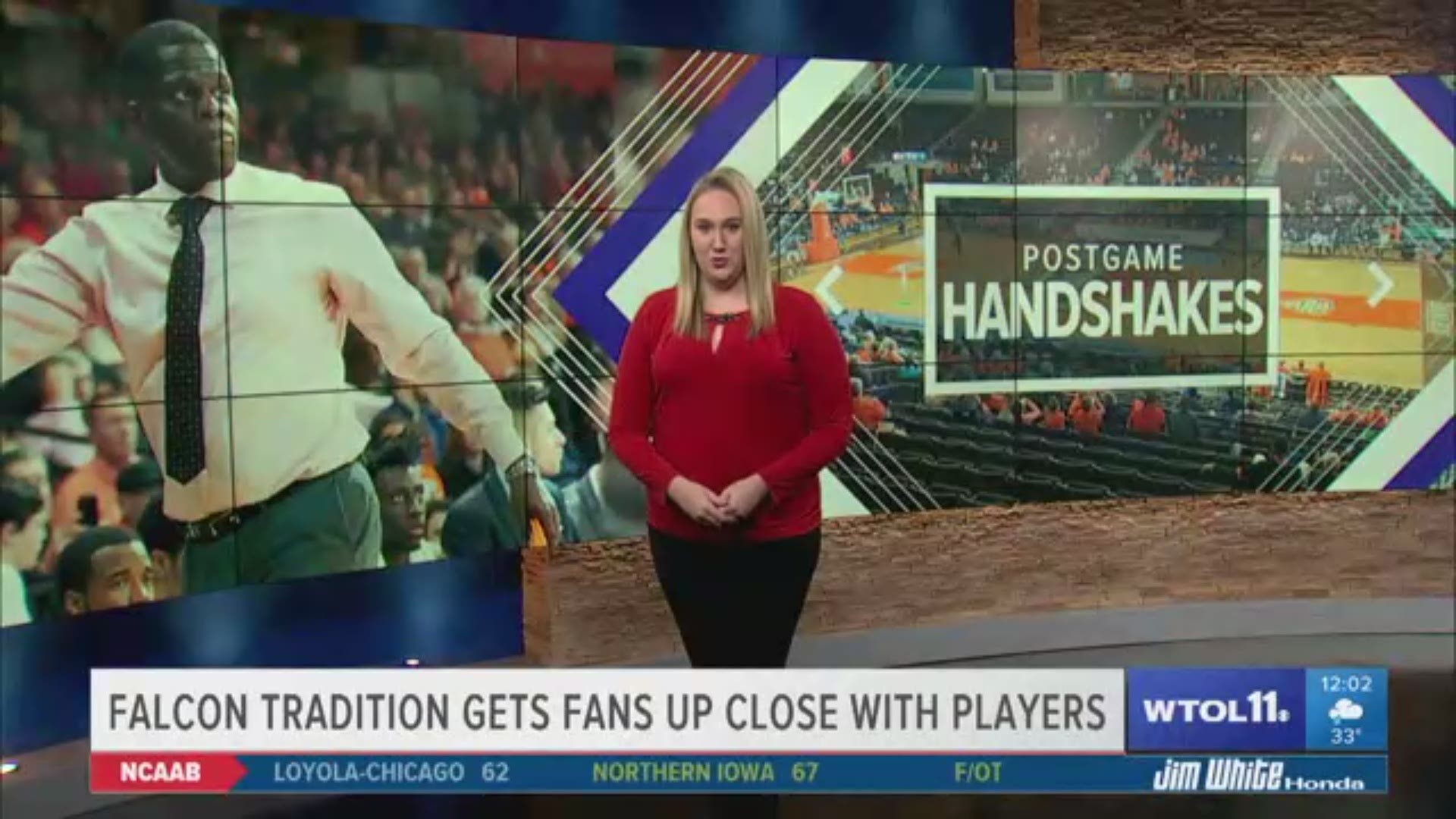 BOWLING GREEN, Ohio — After every Bowling Green men's basketball home game, fans don't clear out of the stands right away. They stick around for a post-game tradition that Michael Huger started with his guys a couple years ago.

After the buzzer goes off, win or lose,the Falcon players make their way into the stands. Greeting fans, taking pictures, and signing autographs.

It was a tradition Coach Huger started when the team wasn't doing so well a couple years ago. He noticed that regardless of their record back then, losses and all,fans would still come pack the Stroh Center. Always cheer loudly and supporting the team; he wanted to thank fans for that. The team goes into the stands for a more personal interaction. The tradition has stuck and as much joy as it brings to the fans, it means a lot to the players as well.

"It allows us to connect with our fans on a different level," said Senior Justin Turner. "We appreciate them coming out and we feed off of that."

"Fans love that interaction," said Head Coach Michael Huger. "They don't really get to see us on that level. A lot of times they think these guys are little but then they see them and they are like wow they are really big! I get that a lot around town."