Everett Fitzhugh will be the team broadcaster for the NHL's newest franchise, the Seattle Kraken. 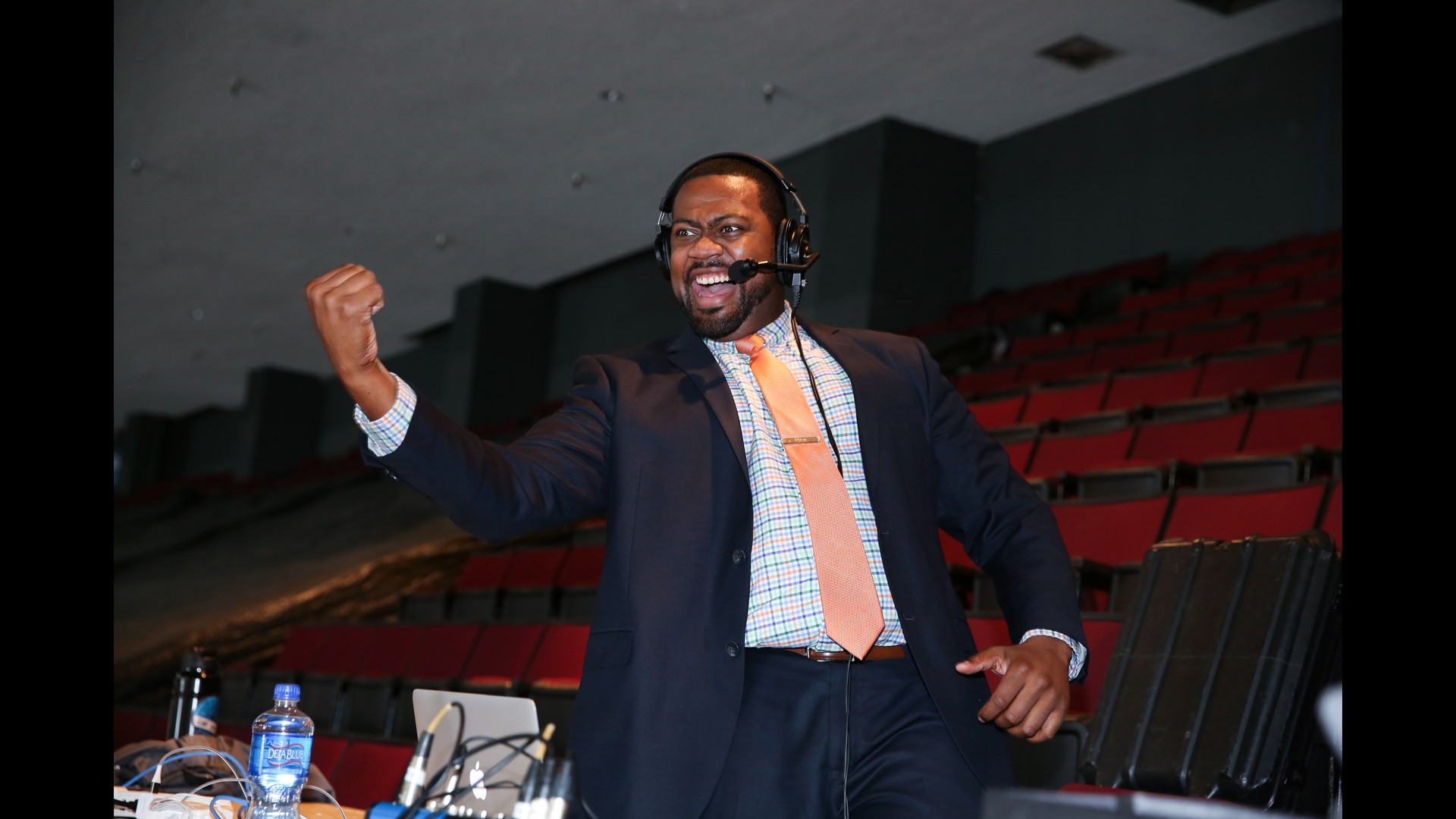 BOWLING GREEN, Ohio — There's something special about the Bowling Green State University hockey program. Over a decade ago, the program was almost eliminated, but fast forward several years and the Falcons are consistently in the national conversation.

Now, there is one more incredible story that has come out of the Madhouse on Mercer Road

Inside the BG ice arena about 10 years ago walked Everett Fitzhugh. Just a college kid trying to find his way. Until he found hockey.

"That's where I discovered my love and passion for broadcasting. I did my first game as a freshman in January of 2007. That's when I fell in love," Fitzhugh said.

Fitzhugh turned his love of hockey into a career. Most recently, as the director of broadcasting for the Cincinnati Cyclones.

Now, he has made history.

Fitzhugh was named the team broadcaster for the NHL’s newest franchise, the Seattle Kraken, making him the first Black broadcaster in the league's history.

"It's one of those things where being the first black team broadcaster, I didn't think it would be this big of a deal," Fitzhugh said. "The fact that everyone has been so kind, welcoming and warm has been awesome."

If you’re good at what you do, people will notice. The Kraken took notice, reaching out to him for this position.

"I'm not going to lie when I saw the email I thought it was spam. An NHL executive reaching out to me, yeah right," Fitzhugh said.

If you’ve ever heard him do play-by-play, you know he has a fun style with a splash of swagger. He hasn’t wasted any time working on a Seattle style.

"So, obviously release the Kraken is the low hanging fruit and you have to reach up and grab it," he said.

Fitzhugh will soon be on hockey’s biggest stage, though he will always stay that humble kid that graduated from BG, with NHL dreams.

Fitzhugh will leave for Seattle next month where he will start living out his dream of working in the NHL.