When the Big Ten announced major schedule changes last week, it had a ripple effect across the college sports landscape. BGSU will be losing out on $2.2 million. 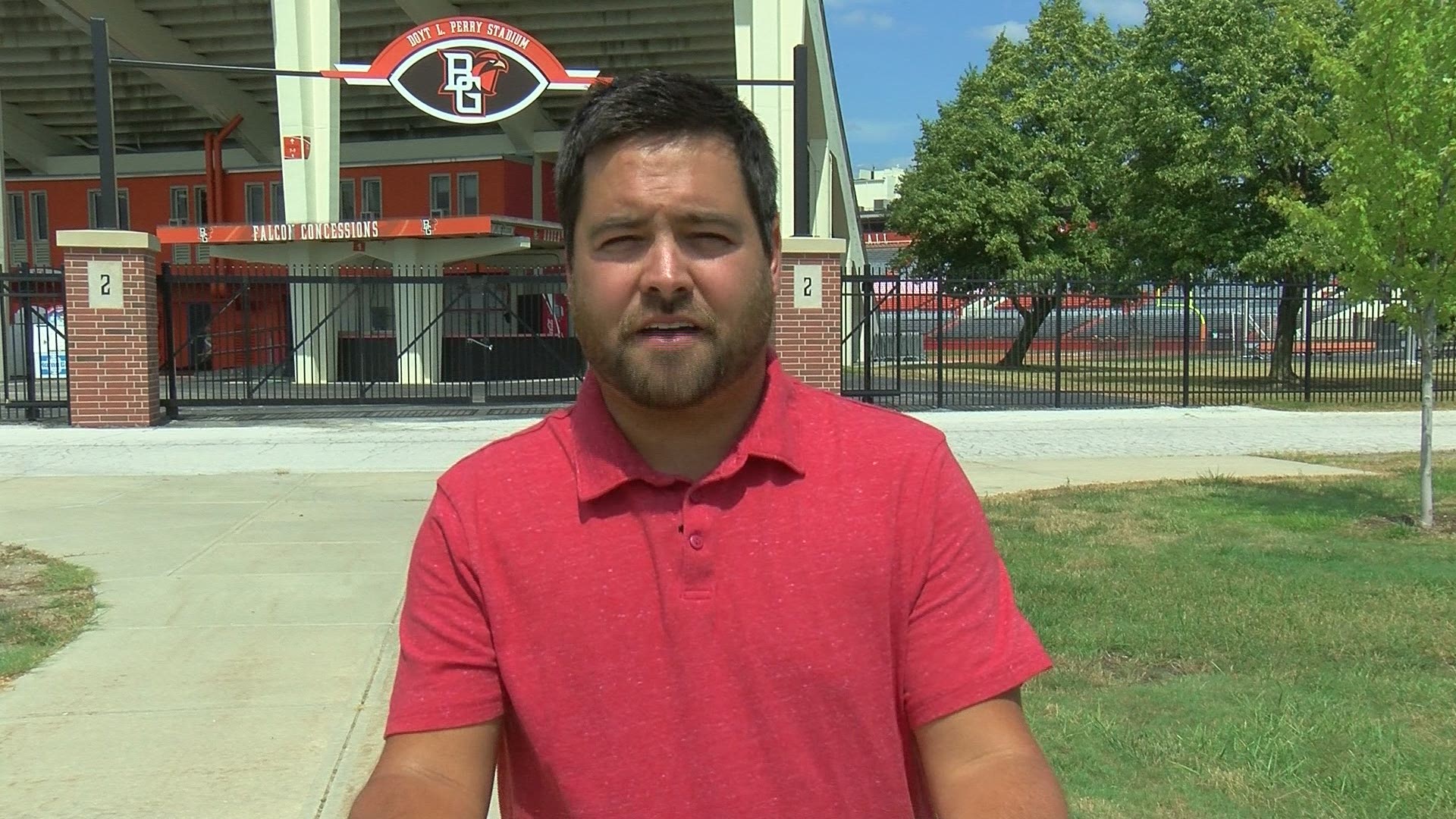 BOWLING GREEN, Ohio — Last week the Big Ten Conference announced that they will not play non-conference games this upcoming fall. That decision affects everything they do at BGSU.

They were scheduled to play Ohio State and Illinois in football, which is $2.2 million that Bowling Green will be losing out on. Right now, BGSU Director of Athletics Bob Moosbrugger is in discussions with those other schools on how to move forward.

“We talked about a possible future game, but we haven’t engaged in more in-depth conversations,” said Moosbrugger. “We’ll continue to try to work through that and mitigate that situation, but the $1.2 million from Ohio State and the $1 million from Illinois, that leaves a sizeable gap in our budget.”

The other hot topic right now around the country is the possibility of moving the college football season to the spring. It’s an option that Moosbrugger believes must be on the table.

"I think it's the model we have to be planning for,” said Moosbrugger. “I know there’s a lot of conversation in regards to that model and wanting to play in the fall. There’s a lot of challenges, no question, but if health and safety is one of our top priorities, then we have to look at that model."

RELATED: University of Michigan: 2020 football tickets will not be sold to the public

RELATED: OHSAA says each high school will determine which sports it plays (or doesn't play) this fall