Ben Schoen hopeful his name will be called in NHL draft

The Maumee native has bright hockey future ahead 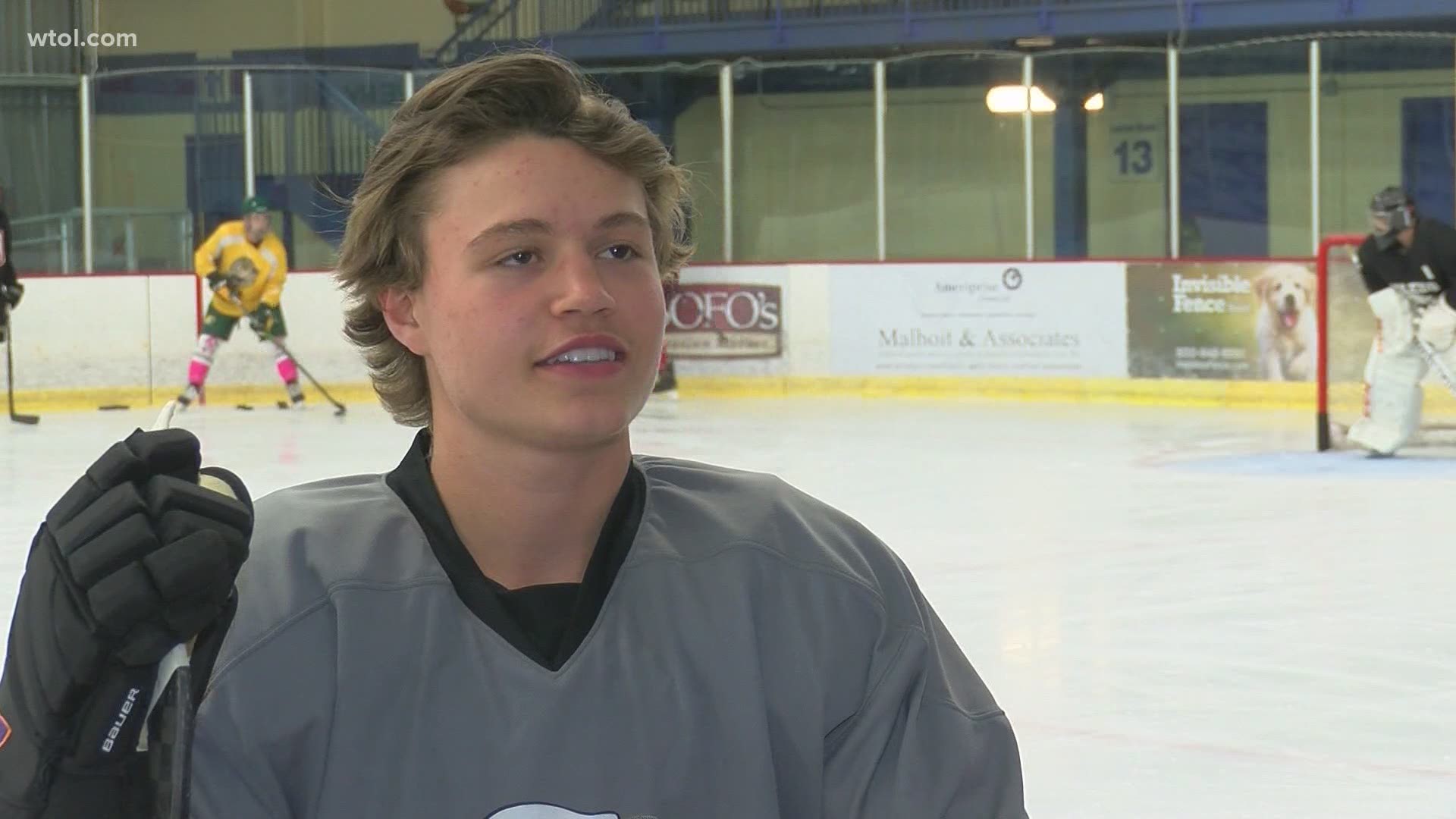 SYLVANIA, Ohio — We still don’t know when the NHL Draft will take place, but we continue to get you set with our summer hockey sessions tonight.

Our area may never see a group quite like this again, to be perfectly honest. Ben Schoen is one of three guys from northwest Ohio who will likely hear his name called on draft night.

Schoen is coming off the toughest year of his young hockey career. He suffered an injury in just the third game of the season for the Youngstown Phantoms of the USHL, the top junior hockey league in the states sanctioned by USA Hockey. Once he finally got back, his season was cut short because of the pandemic. Through all of that, he’s using it as a learning experience.

“Mentally, it was probably one of the toughest things I’ve ever had to go through in hockey,” says Schoen. “I’ve never been hurt like that and it was my first year draft eligible, so I was really looking forward to it. I was coming off Team USA in the summer and did really well. I was excited going in to the season. Things happen, and you get hurt, but I think I grew as a person, to be honest. You’re sitting in the stands watching your team play and you want to be out there so bad, but I just learned a lot about myself.”

The draft is something every kid dreams of. Hearing your name called is a culmination of all the hard work you’ve put in for years. Right now, Schoen is trying to continue to get better, but the draft is always on his mind.

“If it happens this year, I don’t think words really could describe the feeling,” says Schoen. “Getting drafted and just being able to celebrate with my family and stuff, you work so hard as a kid to get to that point and to even think about it being a possibility is really cool. Right now I’m just focused on training and working out at EAO [Sports] with Dan [Jones] and just getting stronger. Definitely in the back of my mind and hoping for the best.”

When there is a draft, there will be experts and mock drafts. Schoen is ranked #159 out of North American skaters by NHL Central Scouting, which puts him on the board during the 6th round (not factoring in European skaters or goalies, who are ranked separately). Of course, the draft is entirely unpredictable.

For now, he sees where people have him ranked, but he’s done his best to just focus on what he can control.

“Everyone’s got their rankings and everyone’s got who they like,” says Schoen. “You can’t control that, you’ve just gotta control the way you play and do the best you can every night. Right now I’m not thinking much about the rankings. If it happens this year, that’s great, if not, I think it’s just going to be more motivating for me.”

While he waits for draft news, Schoen continues to work on the ice at Tam-O with the rest of this special crop of hockey talent in our area.