Bedford's Scoble serving as inspiration for the Mules football team

Football can mean so many things in a young person's life. For Kyle Scoble, football was the driving force to get him through the toughest moments of his life. 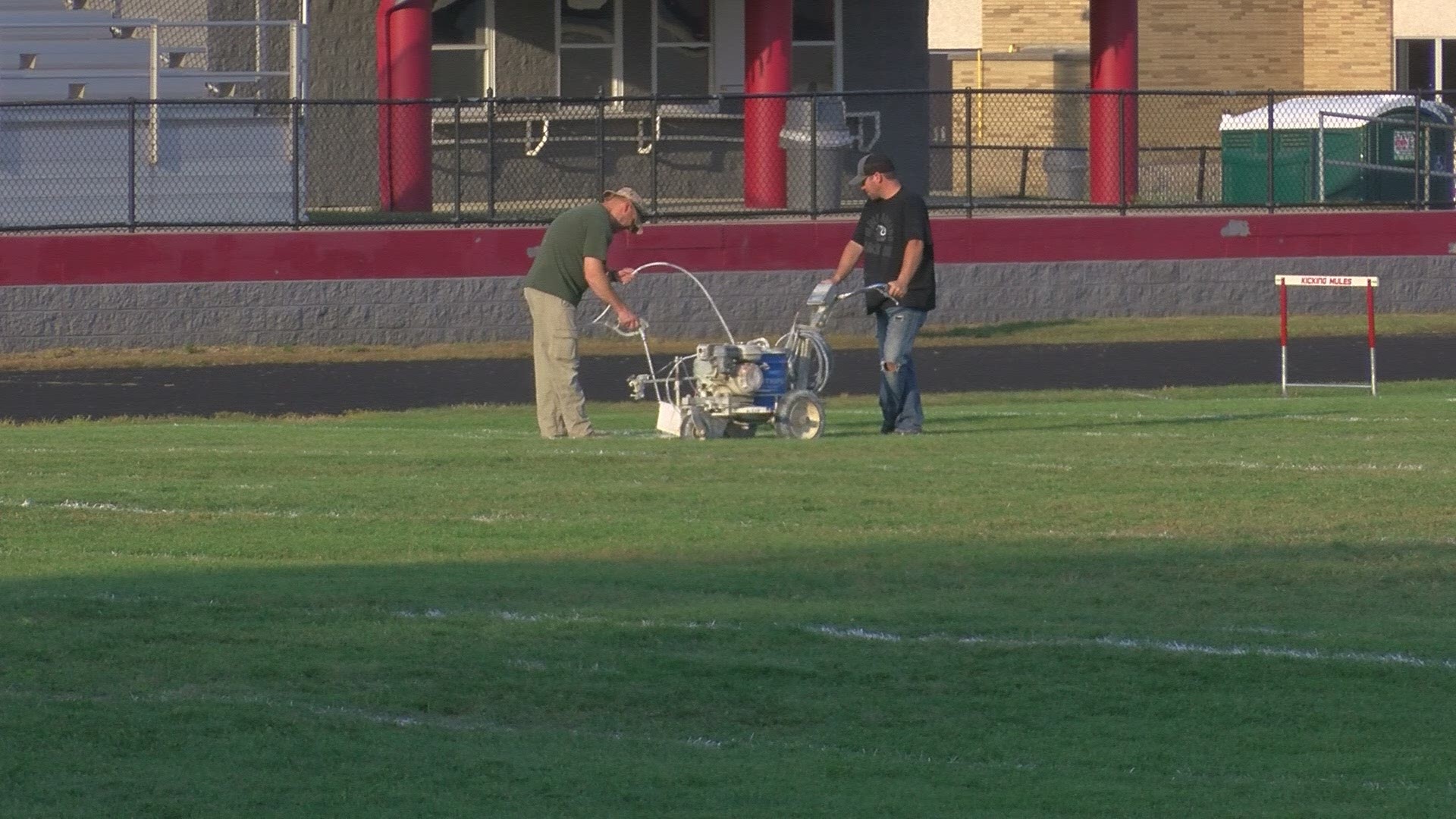 TEMPERANCE, Mich. — So many athletes are just thankful to be playing this season. After all of the uncertainty of the last few months, being back on the field is where most of these athletes feel the most comfortable.

It was just a few years ago, April of his eighth-grade year to be exact, his baseball coach noticed some issues.

“My coach had to pull me out of the game because I could barely hold the bat, I was holding it with my palms instead of my fingers, and I could barely run the bases,” said Scoble.

Back home, the simplest of tasks became a chore.

“He was very tearful and having a very difficult time going up and down the stairs and he couldn’t open jars of food or bottles of water, things like that,” according to his mom Tara.

They first went to see a specialist in Toledo, but then had to go to the University of Michigan for further evaluation. He was diagnosed with Juvenile Idiopathic Arthritis.

“It felt like someone blew my hands and knees up with an air compressor,” said Scoble. “It was a lot of pressure in my joints. It was very painful. I couldn’t walk to my appointment barely.’

Scoble would have to take medicine twice a day and get a shot once a week. He had to go through rehab, and in the back of his mind, the entire time was getting back on the field.

“It felt like everything I had was gone since sports kind of left my life,” said Scoble.

“I think his doctor probably questioned us as parents sometimes because that’s all we talked about ‘when can he start playing football again?’ It’s just because we supported him so much. We knew that that was his desire. That was his love. He loves football,” said his mom Tara.

Scoble worked hard. He made it back on to the field. Not only did he work his way back, he’s thriving. He’s now a captain for the Kicking Mules, and in week one, he was able to help his team in a big way.

“It was unbelievable,” said Scoble. “Back when I was diagnosed with this, I never would have thought I’d be back out here with the varsity on Friday nights and making big plays on the field.”

“It’s a testament to the young man and his character,” said Bedford head coach John Phillips. “Not only has he overcome a serious health issue, but he never stops working. More importantly, he never stops motivating his teammates. He’s always a positive influence on those kids over there. He’s always talking them up. If you need somebody on the field, he’s always the first one to volunteer to be there. He’s an extremely vital part of our team.”

“I love it,” said his mom Tara. “I get tears in my eyes every time even when we just come out here and the game starts. It reminds me of where he was when this first started.”

“Everything just disappears with your mind and you’re just focused on the play. All the stresses and thoughts of even the past years that have been hard are gone. It’s beautiful to be on the field and playing again,” said Scoble.