Hayes has played professionally overseas since finishing his college career. 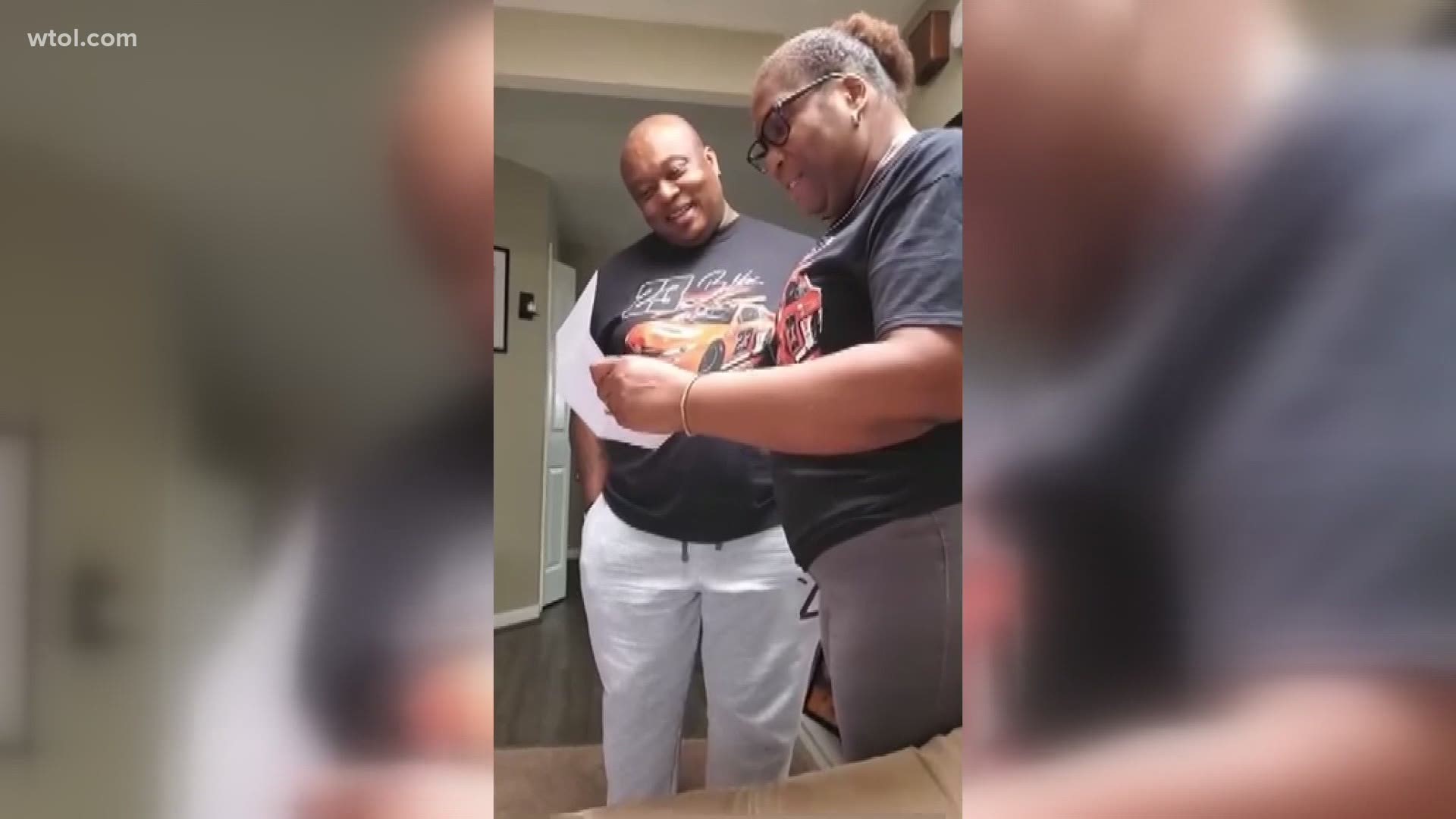 Hayes' mother, Talaya Davis, read aloud a letter delivered to her and her husband Albert Davis, Hayes' stepfather. When she got to the end, she was overcome with emotion.

Hayes paid off the mortgage on his parents' Toledo home. His mom posted the news to her Twitter page Friday.

"Up until now, the house technically wasn't yours," Hayes wrote in the letter. "I'm happy to say the house now belongs to you because the mortgage has been paid off. I've been keeping receipts of everything you both have done for me, and I'll be damned ... the total was exactly the rest of the mortgage."

In the letter, Hayes thanked his parents for all their love and support over the years.

Since finishing his career at Wisconsin in 2017, Hayes has played professionally overseas. He has been a member of Kaunas in the Lithuanian Basketball League since 2019.

Hayes led Whitmer to the state championship in his junior year, averaging 14 points a game.

He was part of two Final Four teams at Wisconsin and played in the 2015 National Championship. In his junior year, he led the Badgers in scoring with 15.7 points a game.

Hayes has been vocal about compensating college athletes and racial injustice.

Thank You Nigel!
You never cease to amaze us.
We love you!😘
No child was harmed after this video...but there may be a situation when he comes home. 🤣
*Make sure you read his beautiful letter. pic.twitter.com/XljOS7WRe6