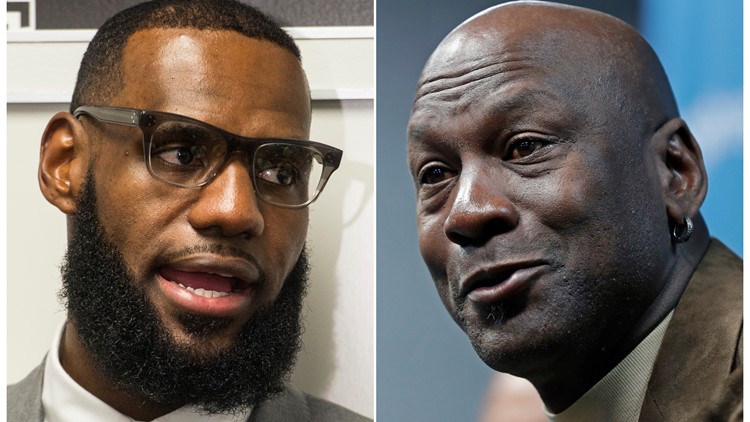 LOS ANGELES — Who is better? Michael Jordan or LeBron James? ESPN is trying to settle that debate with a new poll.

The results favor Jordan as better than James in all 17 categories. ESPN said the poll, which included 600 people, was broken evenly into the following groups:

“Jordan naturally led by almost 4-to-1 in the older half, but even in the younger group, Jordan was preferred by nearly 2-to-1," ESPN wrote.

Here are the top results of ESPN’s poll in order of the largest Jordan vs. James margin...

Better sneaker to ball in:

Come through in the clutch:

Top pick to start a team:

There are seven more Jordan vs. James categories -- including better look, better passer, positive impact off-court -- and Jordan won all of those, too. You can see those results by seeing ESPN's full poll HERE.

RELATED: Doc Rivers says he believes LeBron James could have been 'the greatest football player ever'