Meyers is the first player in program history to win the award. He won the MAC triple crown with a .378 batting average, 15 home runs, and 55 RBI. 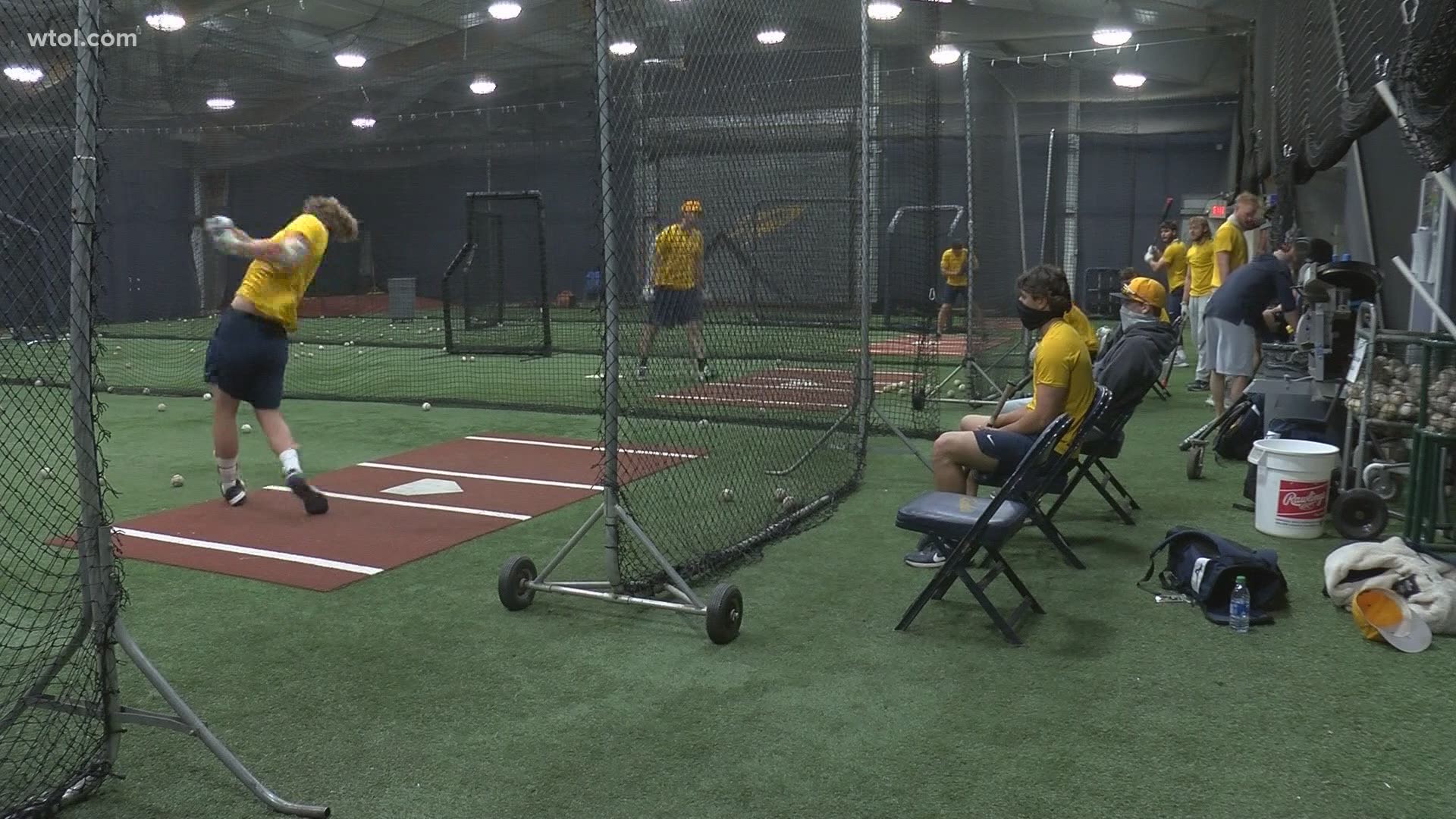 TOLEDO, Ohio — Editor's note: the video from the player above is from a previous story.

University of Toledo baseball's Chris Meyers was named Mid-American Conference player of the year on Wednesday.

He becomes the first player in program history to earn the award.

Meyers won the MAC triple crown with 15 home runs, a school record, a .378 batting average, and 55 runs batted in. He becomes the league's first triple crown winner since 1998.

Meyers ended the season 11th in the country in slugging and 16th in on-base percentage.

"Chris Meyers is so deserving to be named MAC Player of the Year and 1st Team All-MAC," head coach Rob Reinstetle said. "There was not another hitter in the conference more feared and more dangerous than Chris."

He's been the best player in the MAC all year long, and now he has the hardware to prove it.

Congratulations to @chris_meyers24 on being the first MAC Player of the Year winner in program history! pic.twitter.com/OJc34gecCT

"Winning the Triple Crown is also such a special achievement for any hitter at any level, he really had an amazing year," Reinstetle said. "What I don't want to get lost in all the stats and honors is the fact that Chris is a first-class student and human being. I am very lucky to have been able to coach and be around him on a daily basis. He's made everyone around him better, and that's the highest praise any player can receive."

Toledo’s Chris Meyers has been named MAC Player of the Year.

He’s the first Rocket to ever win the award.

Here’s the story I did with him in April: https://t.co/gbVUr4QrH1