Among those that took the field were top prospects Matt Manning, Alex Faedo, Casey Mize, Riley Greene, and Spencer Torkelson. 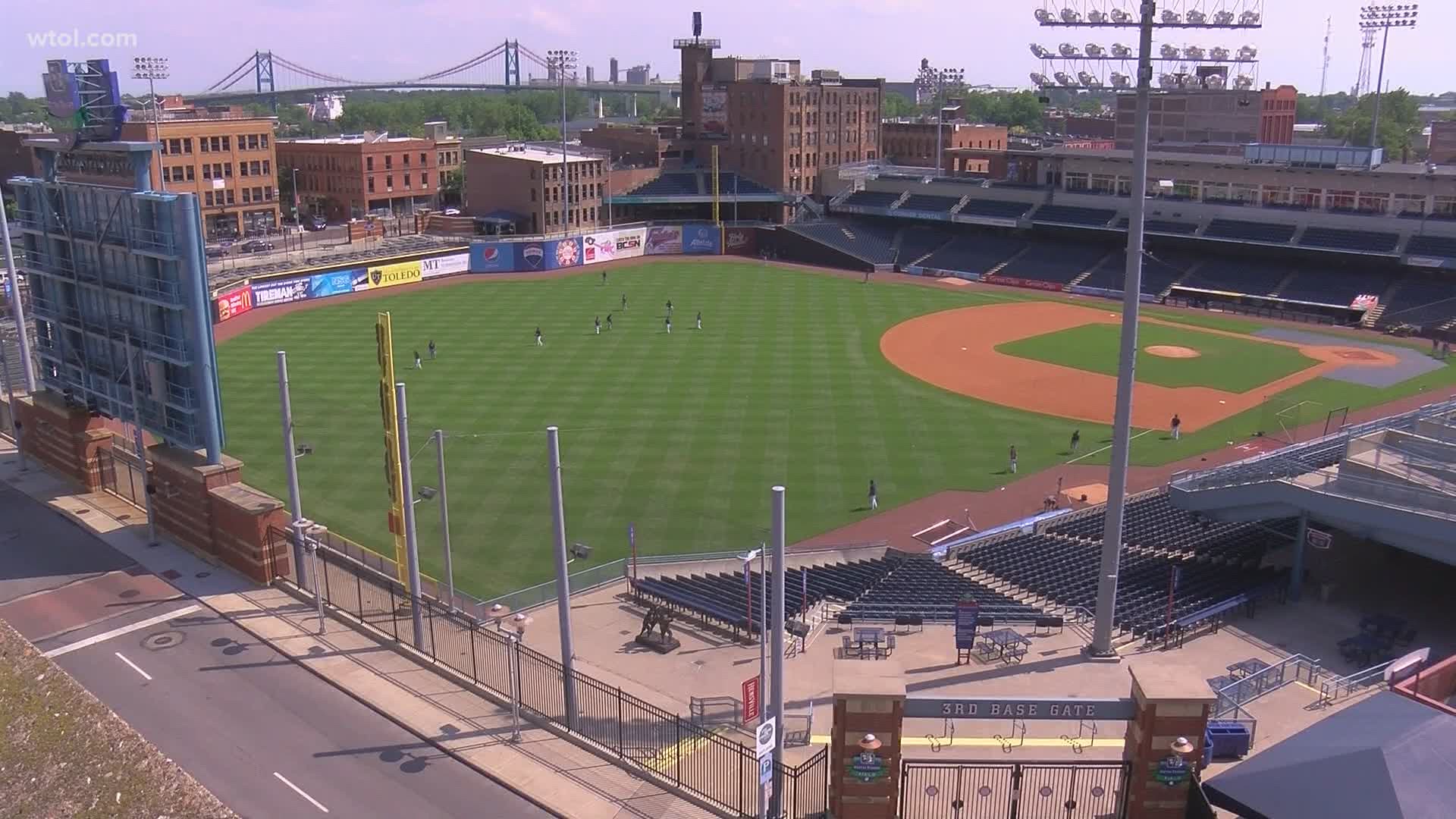 TOLEDO, Ohio — The Detroit Tigers prospects were in Toledo on Thursday for their first workout at Fifth Third Field.

Among those that took the field were top prospects Matt Manning, Alex Faedo, Casey Mize, Riley Greene, and Spencer Torkelson. Each of them being the Tigers first pick in the draft dating back to 2016.

It was announced last month that the Tigers' taxi squad would be down in Toledo to train as the MLB season makes its long anticipated start, but fans were not allowed access inside Fifth Third Field to watch the training.

With a lot of young talent across the organization, it has Tigers' management excited for the future.

"The opportunity is incredible," said Dave Littlefield, vice president of player development for the Detroit Tigers. "Obviously we're building and you're starting to see some of the younger guys up at the big league level, even more so with the announcing of the roster today with guys like (Beau) Burrows, (Kyle) Funkhouser, (John) Schreiber, and some others. Some of these guys that are very talented, we'll see them up there very soon as well."

Littlefield also believes that while being in Toledo may be different than normal, it will still be valuable in their development.

"Going to the field and just seeing the guys, I think kind of made me happy," said Tigers catching prospect Jake Rogers. "Being around all the teammates and just being around this beautiful game. It's definitely different than a regular year with all the rules and little things you have to pay attention to, to keep yourself safe and everyone safe, but other than that I'm just enjoying it."

The Tigers officially start their season on Friday, July 24 in Cincinnati against the Reds.