Bowen is left to find his own ways to keep his game sharp. Despite the lost season, he's not letting anyone outwork him. 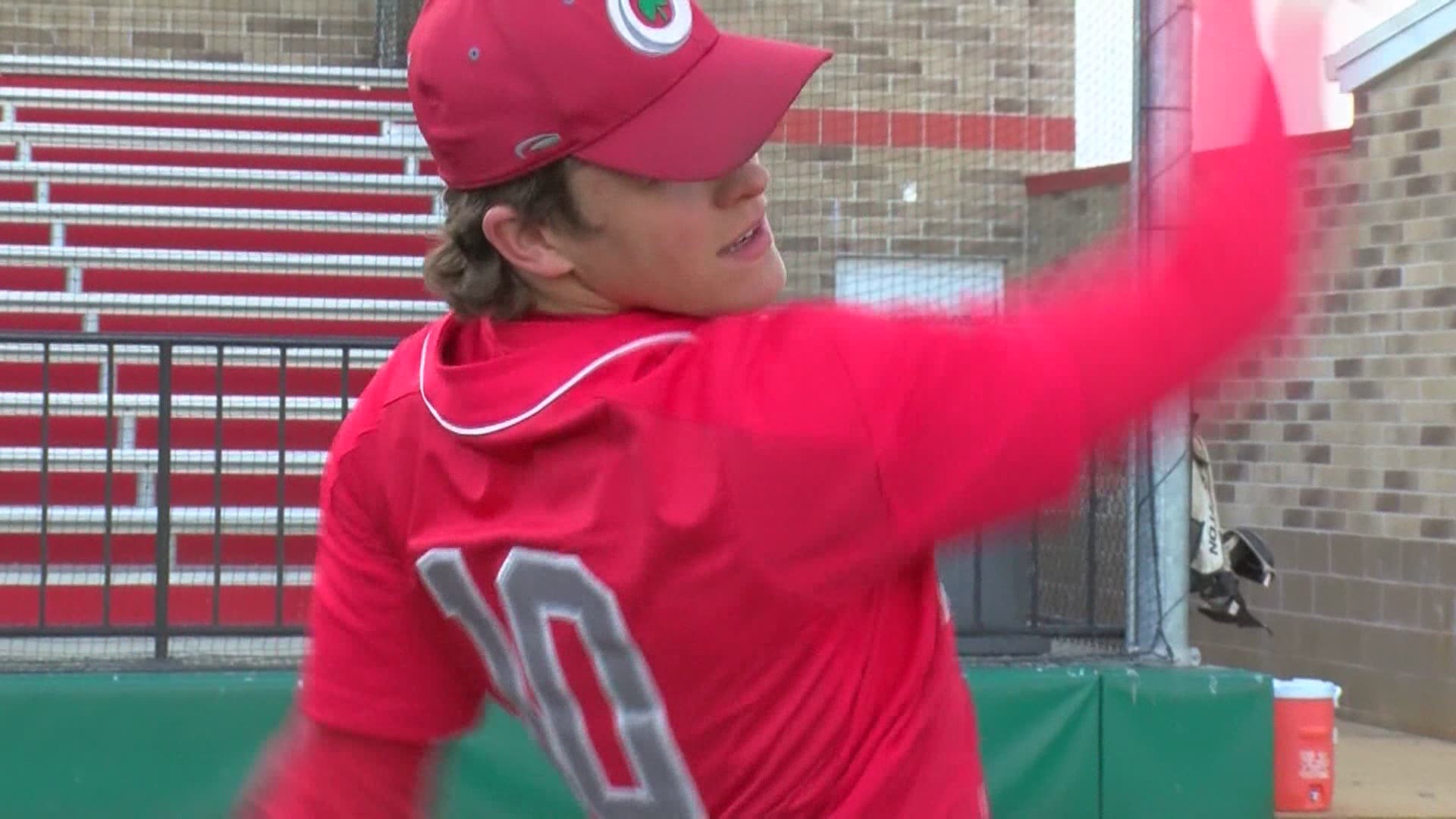 MILLBURY, Ohio — On Friday, major league baseball teams started their workouts, but minor leaguers are left to find their own ways to keep their game sharp.

This baseball season would have been Jase Bowen’s first full season with the Pittsburgh Pirates organization. After being drafted last year he played a shortened season in the Gulf Coast League. But those 36 games are making a huge difference now with the minor league season canceled.

“I feel a lot more comfortable knowing I’m one phone call away from my hitting coach," said Bowen. "I can be like, 'Hey I’m not feeling good about my swing, what should I do?' It's really good to have them there and without that, I would feel more lost and anxious.”

He knows what to do. He knows what’s expected, and he also knows there are guys behind him that want to take his spot.

“You just realize there are guys out there that aren’t taking days off," said Bowen. "I put my mindset as that is what I am going to do. I changed my screensaver on my phone that says someone out there is outworking you. That way I can motivate myself if I feel lazy or sore, that this person is doing more than me so I can go outwork them.”

Bowen lifts or trains every day, and he has a pretty “sweet” way to work on his swing, with something you might have in your kitchen right now.

“It’s weird but we take chocolate chips and pitch them to me so I can train my eyes," said Bowen. "Try to barrel up chocolate chips. It’s really little but it does the job. It’s a fun little game.”

He has a lot more free time now but he’s finding ways to fill it. Even giving back with private lessons.

“As a kid, I would have loved to do this with a guy in the area. I was in his shoes a couple years ago so to give back to him and teach him things I didn’t know at his age. It’s awesome that I can give back and spend a Thursday morning, instead of sleeping in, helping someone,” said Bowen.