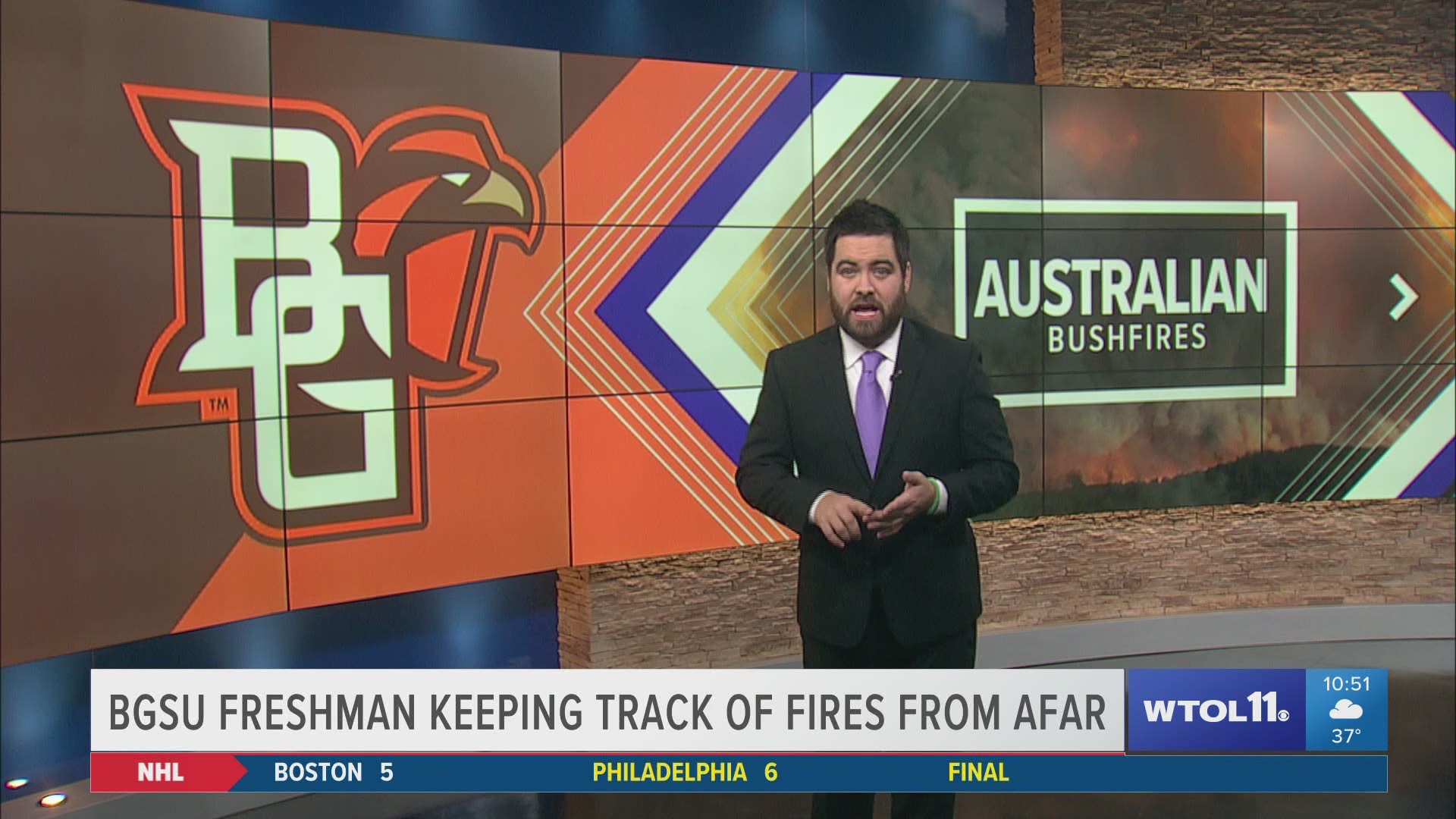 The world has been captivated by the brushfires in Australia. Homes, lives, animals and land have been destroyed. For one BGSU freshman on the women’s basketball team, she’s living on the other side of the world while watching her home country struggle through the devastation.

We’ve seen the video of fires raging through Australia. It’s a helpless feeling for everyone. But for BGSU freshman Elissa Brett, she has had to watch from afar as her home country is destroyed.

RELATED: Australia turns from defense to offense in wildfire battle

RELATED: How to help the victims, firefighters of the Australian bushfires

“It’s terrifying to see the damage that’s been done,” Brett said. “The amount of animals that have been killed, the people that have lost their homes, it’s just horrifying to see.”

The latest information shows that over 1 billion animals have been killed since the fires began. Even though her family has been lucky, this has been an issue that directly affects everyone in Australia.

“I’m fortunate enough that my family and my home hasn’t been directly affected,” she said. “But even the air quality, everywhere is affected. This is a worldwide issue. It’s not just something that Australia is going through. It’s climate change, it relates to the whole world. I think all the help we can get is important at this stage.

Brett has continued to monitor social media for changes and updates. She’s also noticed some of her teammates have donated to relief causes during this most difficult time for her home country.