Athlete of the Week: Jared Banks 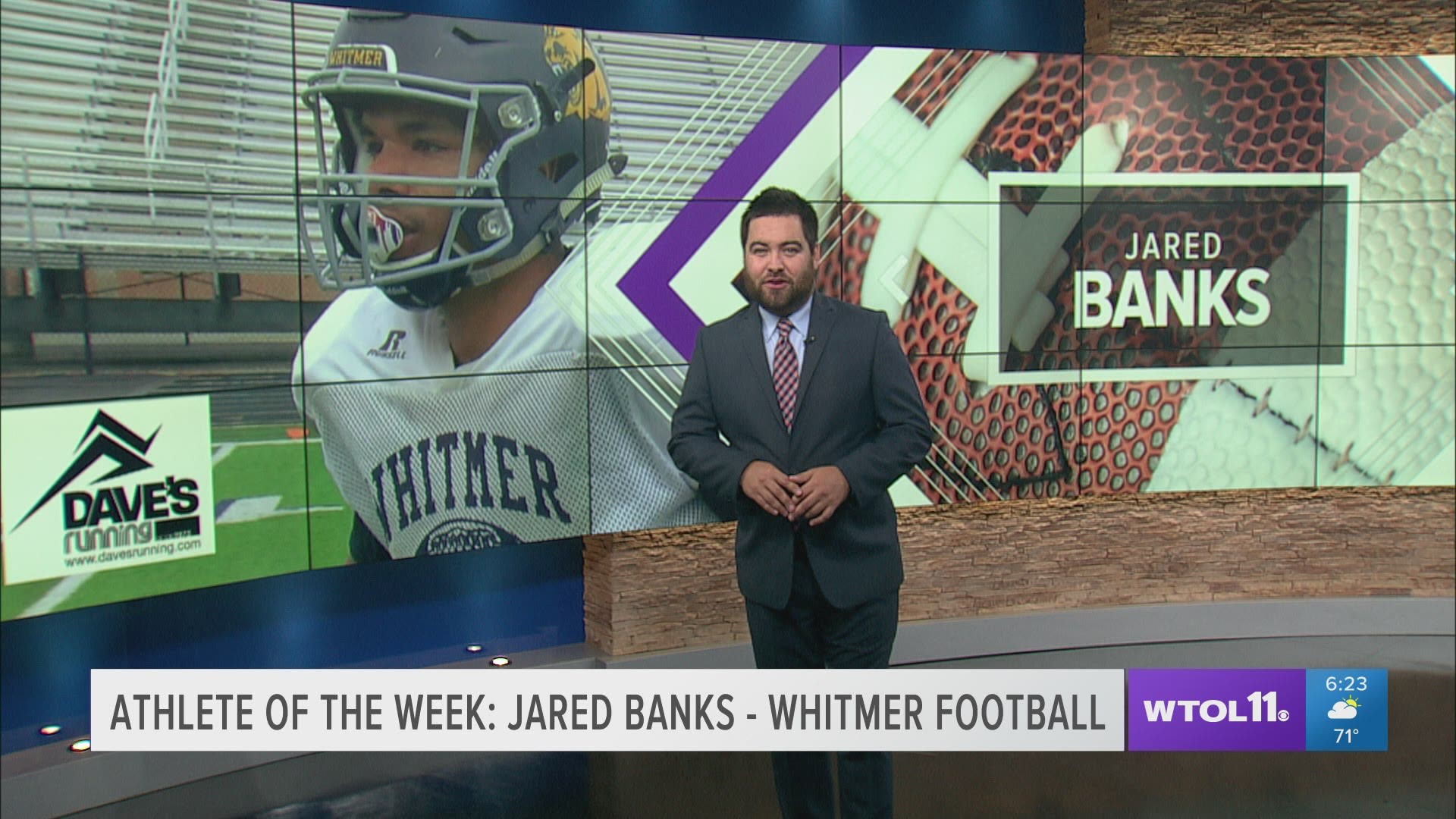 TOLEDO, Ohio — WTOL's first Athlete of the Week for this school year made a quick impact with his new team.

Jared Banks carried Whitmer to a big win over Start in their season opener. The transfer from Monroe High School made a great first impression and he is the Athlete of the Week.

"Banks on the carry" will be a familiar sound this year at Whitmer football games.

Banks transferred in from Monroe this past February. Adjusting and making friends was a concern, but sports helped him through.

“At first it was hard but once I started playing sports and opened myself up it wasn’t bad," said Banks.

“I think at first there was a few growing pains. I think we practice a little different than they do but in the end it only took him a little to adapt. He’s a good kid and a coach-able kid," said Whitmer Head Coach, Ken Winters.

“I mean I was expecting something like that but not that much," said Banks.

He made his first game look easy, but it wasn’t always that way.

“It was tough when I first transferred. I didn’t really know anyone. I’m a shy kid so I didn’t talk to anyone but after I started football they welcomed me and everything went great," said Banks.

“He has done a really good job. He started back in the spring with track and they said he was a coachable kid. As we got him in August, same thing. The kids have really embraced him and he is part of the team now," Winters explained.

Banks is thankful the team has embraced him and now he’s at home in the classroom and scoring touchdowns in a Whitmer uniform.

Jared Banks, our Athlete of the Week.