Sydney loves golf and tennis, but since both are in the same season for girls and she didn’t want to give up tennis, she tried out for the boys team. 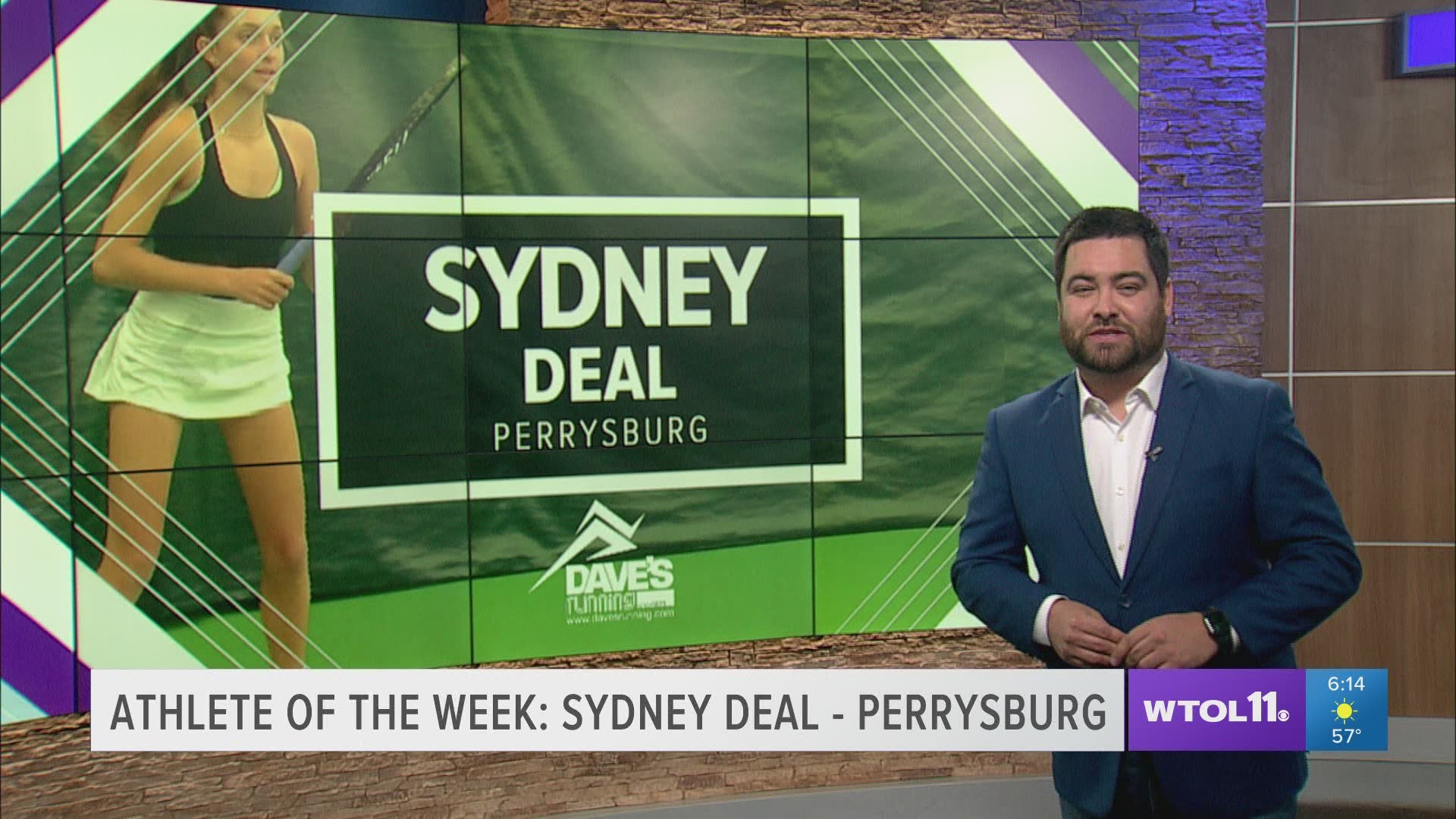 PERRYSBURG, Ohio — We first introduced you to Sydney Deal as she was getting ready for her freshman golf season at Perrysburg, and what a fall she had.

Northern Lakes League golfer of the year, league title, and a trip down to state. But Sydney can also swing a tennis racket, and she’s quite good at that too.

Sydney and her older brother Mason are getting some extra practice in at Belmont Country Club.

Sydney loves golf and tennis, but since both are in the same season for girls and she didn’t want to give up tennis, she tried out for the boys team.

"It's been really great," said Sydney. "It's been better than I even thought it would be. They've just treated me as one of them. The first match I was definitely so nervous, just wanted to do well for the team, but it's been great so far."

Throughout this season, the freshman has fluctuated between the number two and three varsity singles player. The serves are faster and the hits are harder, but she’s never shied away from the competition.

"I've been kind of playing with the boys since I was younger," said Sydney. "It's still been tough sometimes, but it's still been fun."

"I think it's really cool," said Sydney's brother, Mason. "It's a lot of fun to watch her play and beat some good guys in the area. It's just something unexpected that I think a lot of people didn't think would happen, but it happened, so I think it's kind of cool."

Sydney is part of the team like any other player. Looked at and treated no differently. She wouldn’t want it any other way.

"I was definitely nervous in the beginning," said Sydney. "But coach has definitely been amazing. He just treats me as just any player. It's been great."

"My teammates are super nice," said Mason. "We have a really great team and we're really fortunate to have such great guys on our team. They welcomed her and they all knew her beforehand, so it wasn't too big of a change, but everybody loves her. It's still a lot of fun and everybody gets along."

There's been a few odd looks from opponents across the net, but once the match gets going, they quickly realize, wow, she can play.

Perrysburg’s Sydney Deal is our athlete of the week.