Salenbien, the future Gonzaga Bulldog, scored her 2000th career point on Wednesday and is hoping to lead the Cougars to another state championship. 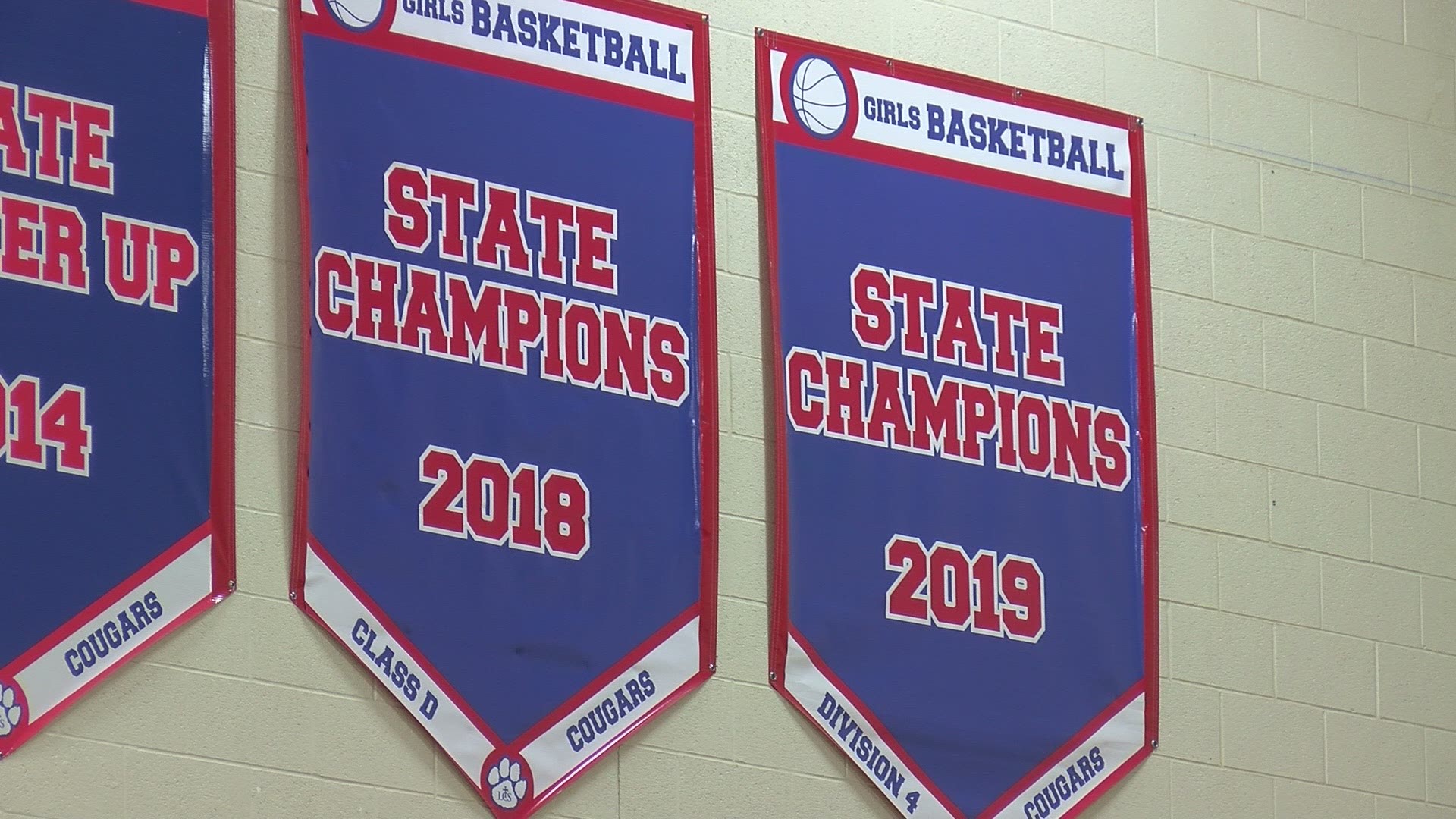 ADRIAN, Mich. — Lenawee Christian girls basketball won the state championship in 2018 and 2019. They are on the journey to get back there again.

The Cougars are playing in the district final tonight on Friday, and their senior star Bree Salenbien is leading the way.

Two state championship banners already hang on the wall, but there is room for another.

"It happened pretty fast," said head coach Jamie Salenbien. "I was kind of glad it did because we'd just be done with it and move on, but it sure was exciting when she hit that three."

"Just credit to my teammates," said Bree. "I just looked at them as soon as they said it and they were all clapping for me and giving me high fives. Looking up at the stands, credit to our community, our fans, even the Morenci side was cheering. It was a lot of fun."

She's one of the top players in the country, but there was a time when she actually didn't like basketball.

"Like third, fourth grade she didn't really want anything to do with it," said Jamie. "Fifth grade it started to click, sixth grade it really clicked."

"I didn't want anything to do with it," said Bree. "In middle school, I really hit my stride and started loving the game. It's just exciting the opportunities that I've been given."

She grew to love it and will continue to grow at the next level.

The future Gonzaga Bulldog is eagerly watching March Madness and hopeful that this time next year, she will be making the highlight reel.

"It's crazy, my brother said the other day when we were watching Gonzaga play in March Madness, he's like 'Bree, next time they're playing, you're either going to be on the court or on the bench.' It's just crazy I'm going to be on TV with them," said Bree.

Lenawee Christian's Bree Salenbien is our athlete of the week.