Arntson is batting over .500, with 19 RBI and a grand slam so far this season for the Eagles. 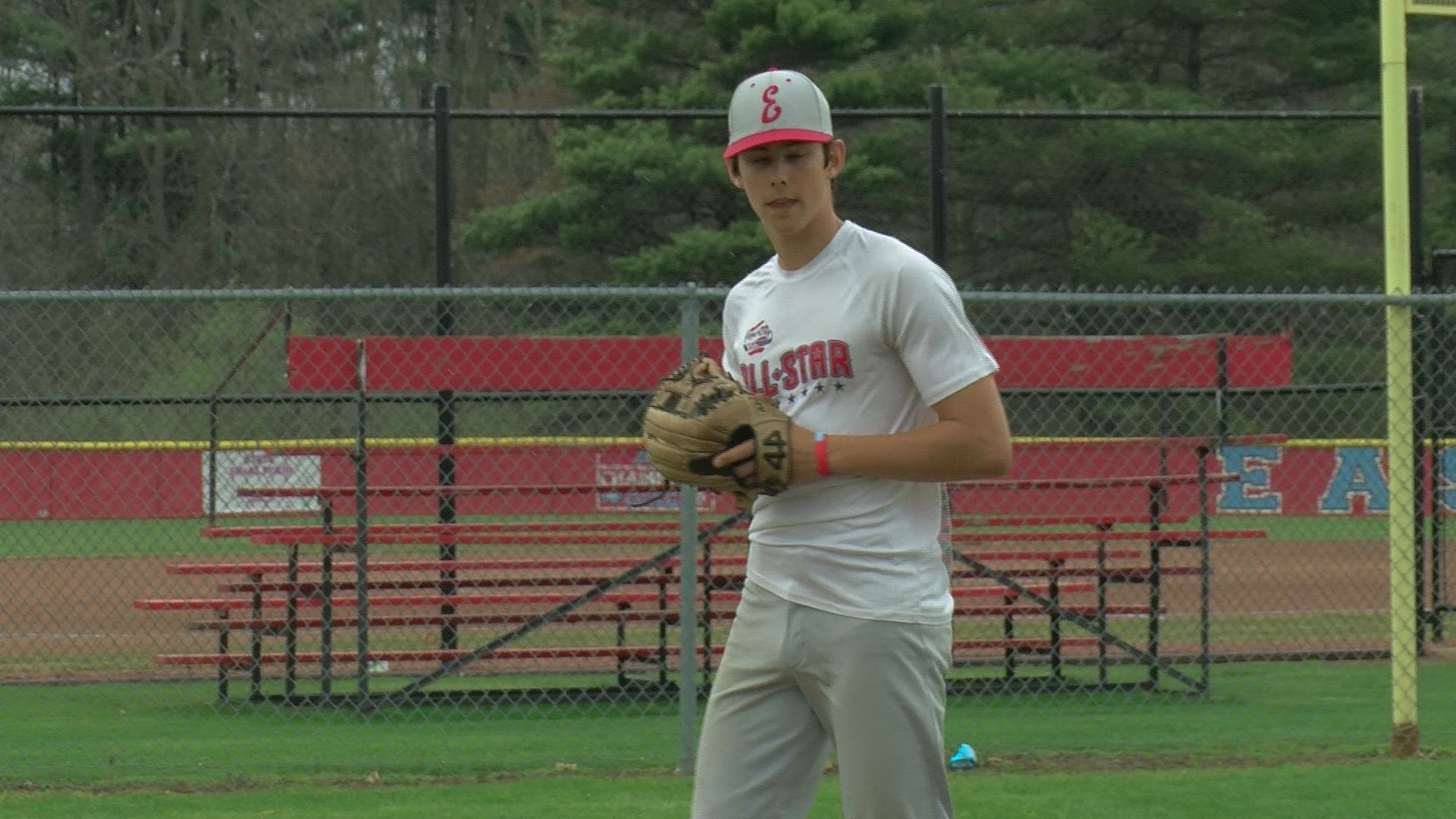 PEMBERVILLE, Ohio — Eastwood baseball is having a heck of a start to their season. 8-0 with two shutouts. One of those guys making that possible is junior catcher Andrew Arntson. Right now he's the hot bat for the Eagles.

"I think it's the reps we take it in the cage," said Andrew Arntson. "As a team, we try to push each other to get some good swings. We try to beat each other. Try to do better than the other person."

As the catcher, he's like the quarterback on the field. Calling pitches and being the eyes and ears at home plate. Coach Leady puts a lot of trust in him.

"He was a starter as a freshman from day one," said Leady "We knew coming in this year that he could have a really big year. He sits in the four-hole. He leads us in RBI, he has a few home runs for us, and he's leading our pitchers as well. I always tell him if something goes bad out there, you have full rein to get after the pitchers before I do."

"I think there is a little bit of pressure but it's fun to be that guy. You just go out there, do your best and hopefully, you can succeed. I think that's what he sees in me and trusts me," said Arntson.

Arntson is batting over .500. When he steps up to plate, watch out.

"We are praying he comes up in those big situations. He's had some big ones. We were down two at Maumee and he hit a two-run homer to tie it. He had a grand slam against Evergreen. He's the guy you want up in every big situation," said Leady.

Eastwood's Andrew Arntson is our athlete of the week.