Mason Alberts was injured in the third quarter of the General's win against Olentangy Berlin. 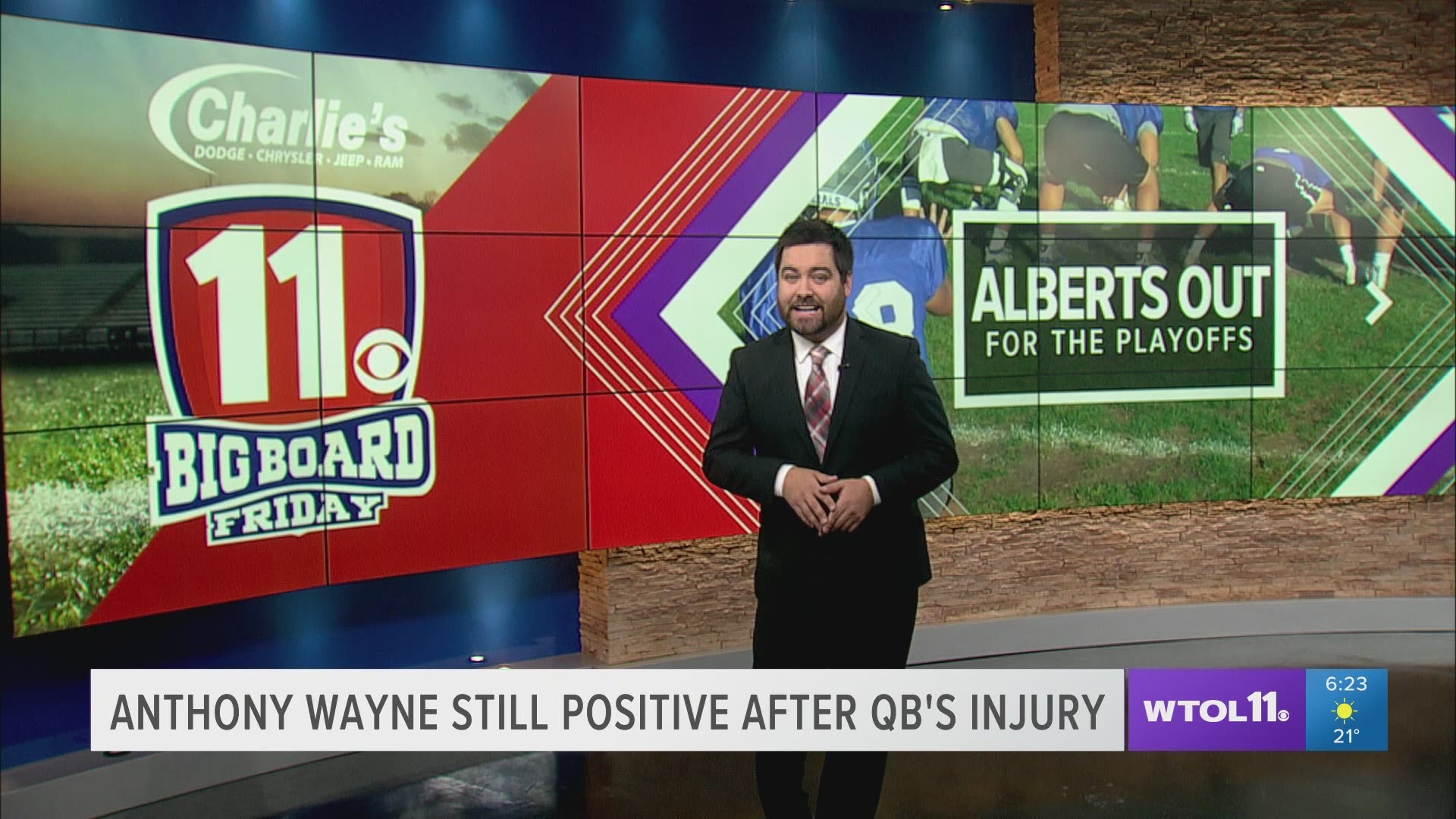 WHITEHOUSE, Ohio — When Anthony Wayne takes the field on Friday they will be without their star quarterback Mason Alberts.

Alberts went down in the second half of their playoff win last week, later finding out he has a torn MCL that will end his season.

"I tried to get up. I tried to hobble off the field, but the shock of what had happened hit me," said Alberts. "It's definitely a hard thing to process."

Despite the Generals losing a key part of their team, they are still confident that without their leader they can still extend their season further.

"I have full faith in my team," said Alberts. "Me on the field or me off the field, that doesn't matter. It's a group of guys that have a bond unlike any other team and they will fight until they can't anymore."

"We're pretty faithful that we're going to go out and get a win," said Anthony Wayne head coach Andy Brungard. "These guys don't think anything is going to happen other than advance to next week."

The Generals now turn to senior Jacob Potkanowicz to take over the quarterbacking duties. He has spent little time under center for Anthony Wayne, but is confident in his ability to lead the team.

"I think I'm pretty ready," said Potkanowicz. "Everyone is counting us out right now because we don't have Mason, but we still have other guys that can make plays."

"We're excited to see what he's going to do on Friday," said Brungard.

In their first game without Mason Alberts, the Generals will look to keep their season alive when they play Olentangy on Friday. Kickoff for that game is at 7 p.m. at Frost Kalnow Stadium.