Boys and girls soccer are both playing in regionals, the football team is undefeated and the girls cross country team is going to state. 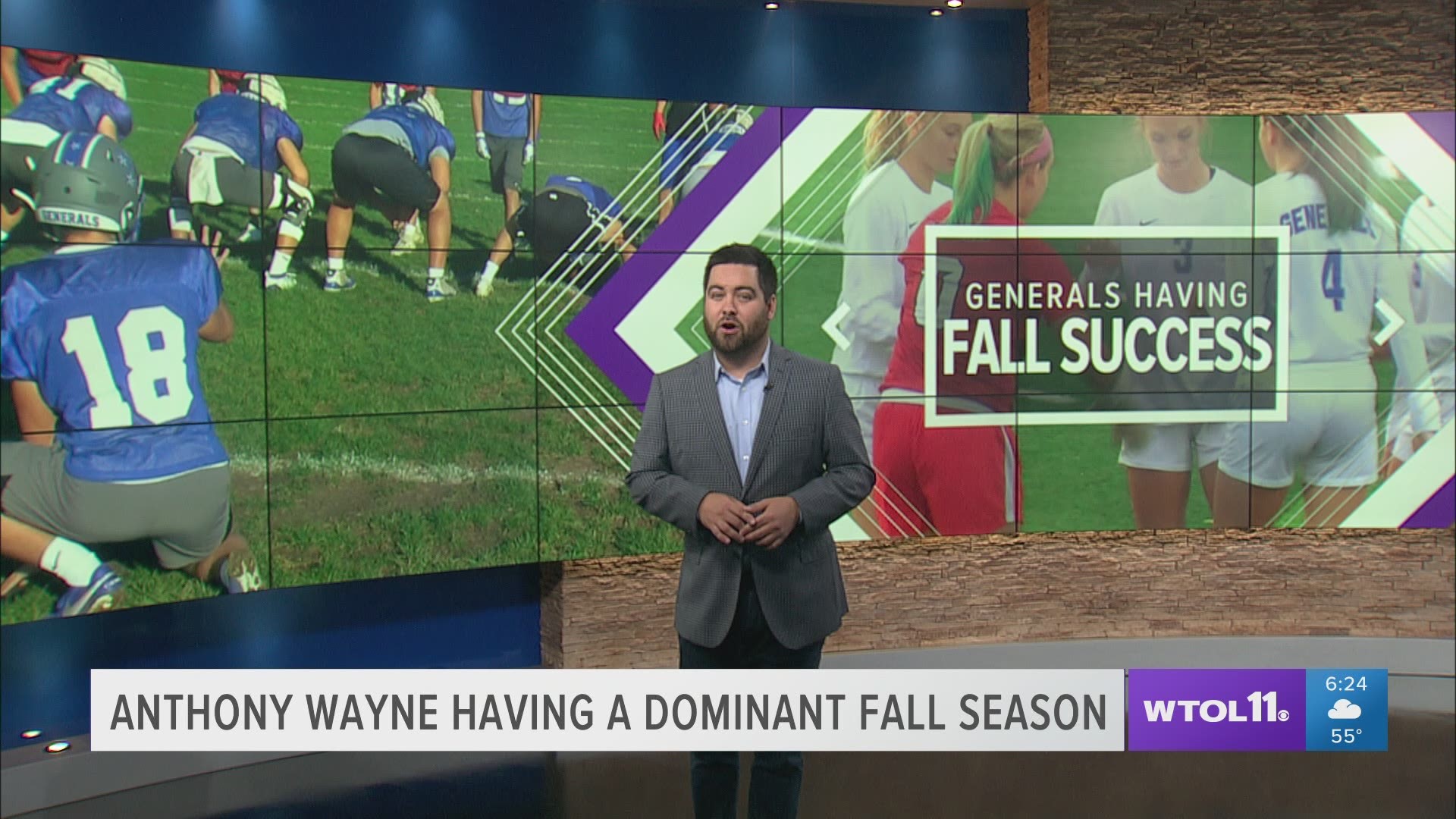 WHITEHOUSE, Ohio — There may be no one happier around the area than Anthony Wayne athletic director John Snyder. His fall sports teams are seeing an unbelievable amount of success.

The football team is in the midst of an incredible run. They haven't allowed a single point in six straight weeks and they've won 26 straight regular season games. But for Andy Brungard, he recognizes the importance of the entire community coming together.

"If you go out to Blue Creek in Whitehouse, you're gonna see an entire field, acres full of soccer kids, flag football kids, baseball kids," says football coach Andy Brungard. "It's just a community that's driven for success and I think it's starting to show at the high school level now."

The success in one sport has been contagious through the halls of the high school. Boys soccer is ranked ninth in Ohio. Girls Soccer is ranked second in Ohio. Football is number five in the state. If you combine the records of those three teams, they've won 44 games and lost just once all season long.

"Like Coach Williams says 'iron sharpens iron,'" says Sam Schofield, who is a member of the girls soccer team. "I think it's really cool to have this great group of athletes in different sports all succeeding at the same time."

"I know my first year here, the football team was upset because the soccer team outdid them every year," says Brungard. "I said the only way to get over that is to outdo them. We support those teams. It's not really a competition. I just want to see them do well. It says in the fight song, 'you point with pride to the Anthony Wayne High School' and I don't think it matters what sport you play, it's just taking pride that we're all in this together."

"I think it just builds from the atmosphere at school," says Girls Soccer Coach Lori Williams. "Kids play off each other and they're obviously all very close in school. When one team succeeds, I just think it pushes all the other programs to want to do the same."