From shooting baskets to becoming a mom: An interview with Toledo Rockets basketball legend Naama Shafir

She was born in Hoshaya, Israel but welcomed with open arms in Toledo, Ohio. Shafir cemented her place in history as a Toledo Rockets legend with style on the court. 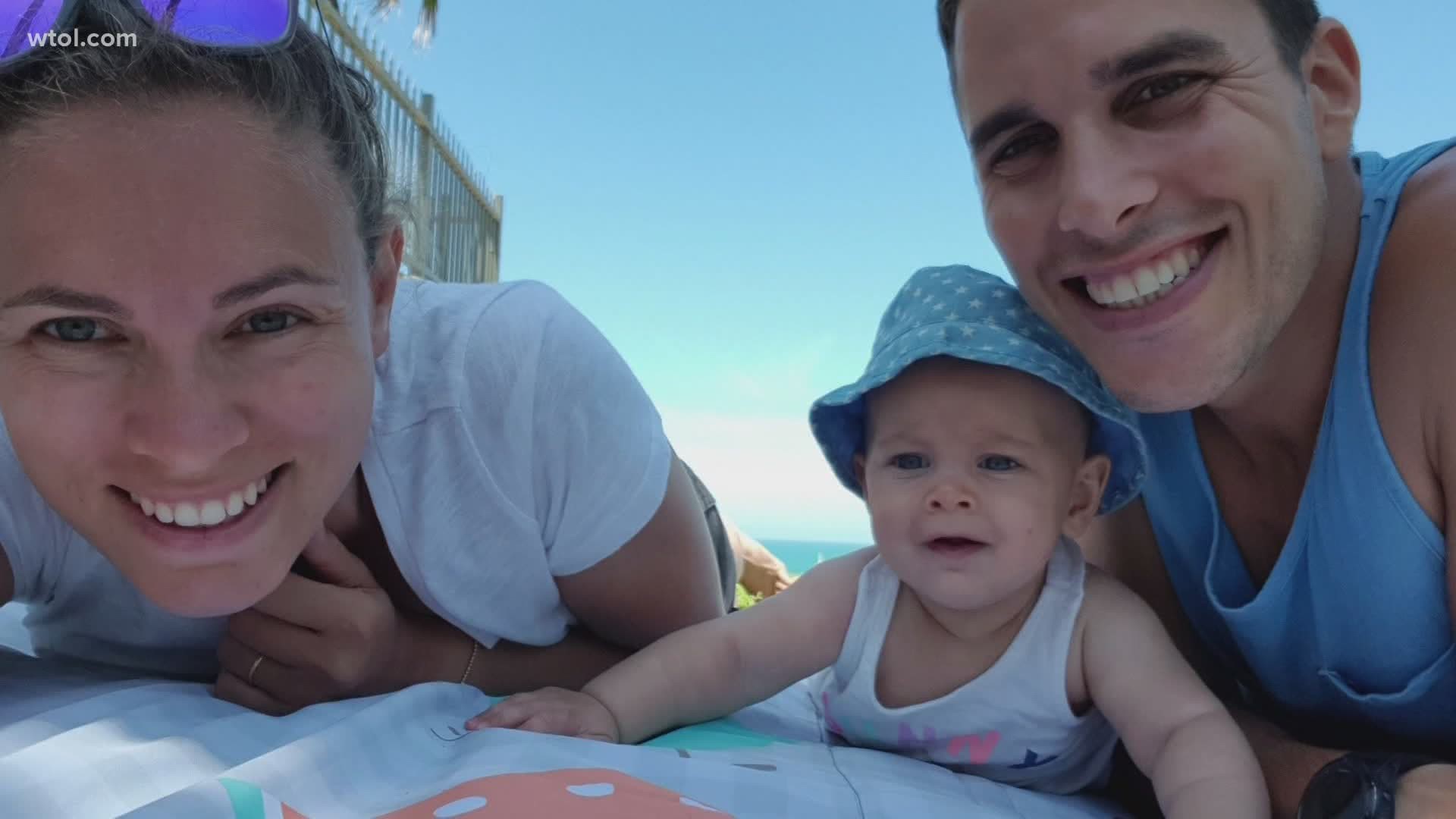 TOLEDO, Ohio — It was history in the making when Tricia Cullop took the helm of the Toledo Women's Basketball team in 2008. Coach Cullop inherited a program that was, so to speak, a puzzle missing several key pieces.

She found a big piece of that puzzle in an unexpected place: Hoshaya, Israel.

Usually, the path for athletes doesn't lead from Israel to Toledo. Shafir is a practicing Orthodox Jew. But the team and Toledo's large Jewish community welcomed her warmly and immediately worked to accommodate her faith to ensure she was comfortable both on and off the court.

The Rockets had to work with the guidelines of Shabbat, which is known as a day of rest for Jews. Shafir needed to arrive at away games before sundown on Friday and leave after sundown on Saturday. They provided her kosher meals while on the road.

It wasn't always easy. Shafir had to obtain special permission from her rabbi to play on Saturdays during Shabbat. She had to adjust to life's balancing act of being an Orthodox Jew and a basketball player in the United States. Sometimes, that meant not watching film with teammates, not speaking to the media at press conferences and not practicing on Saturdays (which was considered work, while actual games were considered play and allowable following her rabbi's permission).

Shafir faced obstacles even when her career took her back overseas to play for Israel during the 2011 European Women's Basketball Championship.

Rules in Orthodox Judaism dictate modesty for women, requiring the covering of knees and shoulders. While the NCAA had no issues with the white shirt and white shorts she wore under her uniform, the European-based International Federation of Basketball initially forbid her from wearing her modesty garments. They reached a compromise of skin-toned sleeves, allowing Shafir to play.

Back in Toledo, Shafir's career on the court for the Rockets was astonishing. She's considered one of the best Rockets to ever suit up in the blue and gold across any sport. She gained multiple accolades as a solo athlete, but will be immortalized for her team accomplishments.

The team that Cullop assembled, the completed puzzle with Naama as just one of the missing pieces, earned a WNIT championship title during the 2010-2011 season. It was the first post-season national championship crown in school history.

The banner commemorating their win hangs proudly in the rafters of Savage Arena.

Credit: Diane Woodring
The unveiling of the WNIT championship banner at Savage Arena.

Shafir sunk 40 points in the championship match. It was one of the most impressive performances by a Rocket athlete.

The team graced the front page of local papers and made headlines in local news. A rally was held at Savage Arena in their honor. Over 1,000 fans showed up and posters graced with images of the on-court celebration following the win were handed out. The team was humble and gracious, crediting the city and its support for their victory. Shafir was named tournament MVP.

The stands were packed for every game. Community members, including ones from Toledo's Orthodox shul Etz Chayim, attended games. Some brought Israeli flags to show support for Shafir. Attendance doubled. Tickets sold out and the public waited in long lines to snag seats. She was an icon for little girls just learning to play. She became a household name.

Shafir's career in Toledo lasted from 2008 until 2013, as she received a medical hardship exemption for the 2011-2012 season following a torn ACL.

But Shafir was at every game, watching every play, as an active member of the team from the sidelines even during that season.

When she returned to the court the next year, she capped off a historic college career with a MAC regular season title.

For all the love, support and accommodations the team and community gave to Shafir, she returned tenfold. Shafir returned to Toledo in 2014 to help raise funds for the team's trip to Europe the following summer as the guest of honor for "A Night with Naama", a dinner and interview with the beloved player.

The team trips abroad are allowed once every four years per NCAA rules. For the 2011 trip, the destination was a "no brainer"--Shafir's home country of Israel, to play two exhibition games and do a little sightseeing. They spent time in Hoshaya, Shafir's hometown, before returning to her adoptive home city of Toledo.

Shafir graduated and returned to Israel, retiring from basketball following six seasons of pro ball in the Israeli leagues. She was inducted into the University of Toledo's "Varsity T" Hall of Fame in 2018.

Now, she lives in Tel Aviv with her husband and 5-month-old daughter. During an interview with WTOL Sports Director Jordan Strack, Shafir spoke fondly of her time in Toledo.

As she reflects on her milestones nearly ten years later, it's not her accomplishments and team-leading bests in that WNIT Championship win that she remembers the most.

"I just remember everything around it. I remember the atmosphere. I remember an hour before the game going on to the court to warm up and seeing the stands, they're like almost full," said Shafir, with wonder in her voice as she recalled that day. "I remember walking and people stopping us on campus, on the mall, and we felt like superstars."

Shafir was thankful for her career in basketball, being able to live her dreams in a way many only wish they could. "It's amazing and I'm happy because everything happened when it was supposed to happen. I'm glad I had the time to play, I'm glad I became a mom. Like I said, there's nothing like it," Shafir explained.

"Obviously basketball was a very big part of my life and still is, but being a mom is the main job now," she finished, with a big smile on her face.

Shafir retires as a superstar, from Hoshaya to Toledo to Tel Aviv.

"I couldn't ask for a better experience or a better five years. It was... I feel lucky. It was kind of luck that I fell in Toledo."

And Toledo was lucky to have her.