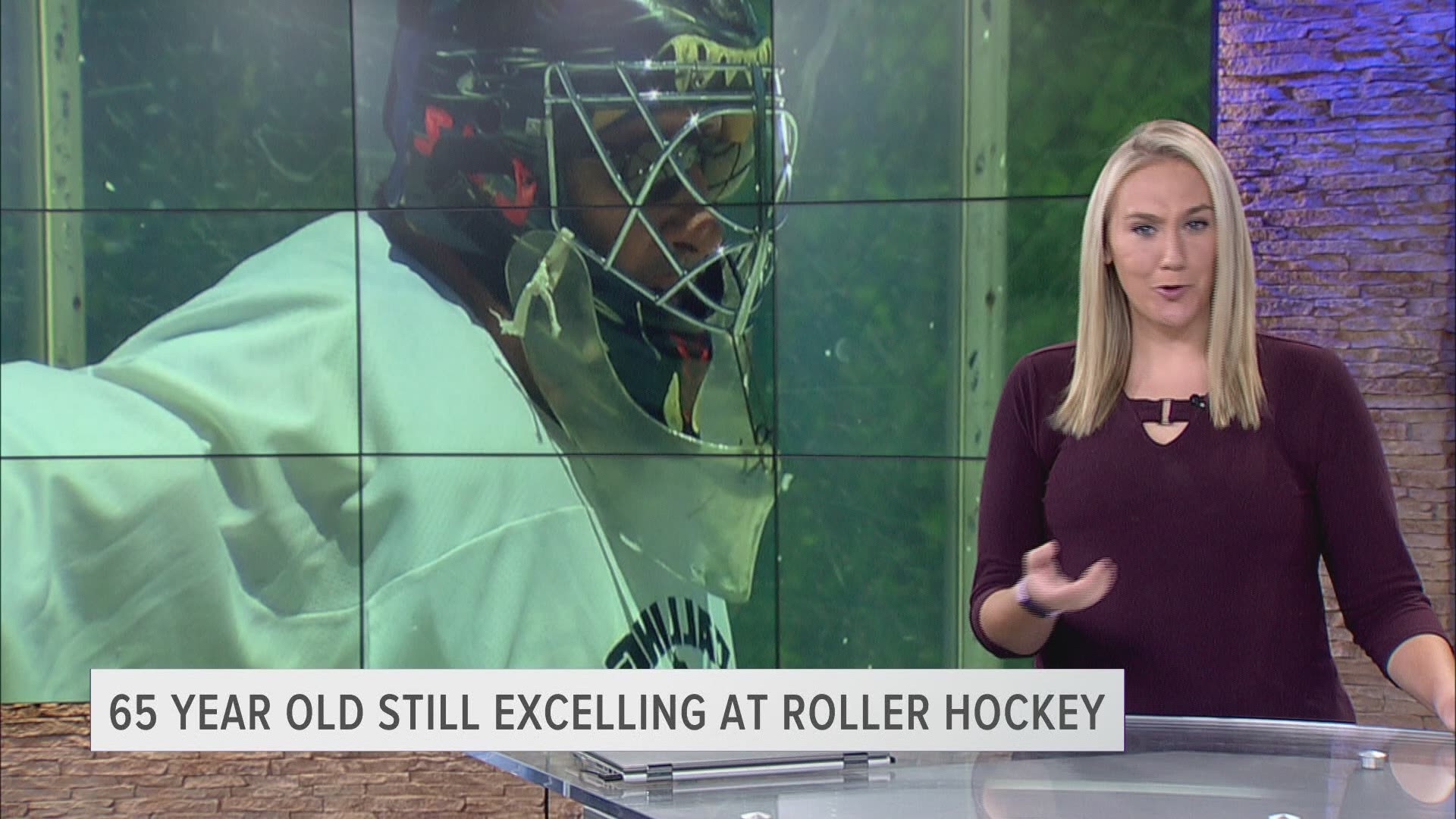 TOLEDO, Ohio — They say age is just a number, right?

Well, a local man is proving just that. He plays roller hockey with guys half his age and he's holding his own.

"These guys are some of the best kids around," said Frank Cousin.

A defenseman turned goalie has been playing since the 70's.

"It keeps me young," said Cousin. "People are amazed I'm 65. I don't act it, I try my best not to act old. Things are a little slower now. I mean, five years ago I was faster than I am now, but I still enjoy playing.

No matter how old he gets... there's nothing like making a big save.

"It feels good," said Cousin. "Especially if I can stop a 2 on 0 and I've done it. To hear them scream, holler, and maybe even cry a little bit when they should have scored and I stopped them, that's been fun."

Frank will play multiple games each weekend, spring through fall. It's the fun atmosphere that keeps him coming back for more.

Frank doesn't have any plans to hang it up anytime soon.

Roller hockey keeps him feeling young and active, and he's having a blast doing it.