Wise: It's a slow news day in Ashburn when a rookie QB is skewered for celebrating a victory early

Dwayne Haskins Jr.'s premature 'selfie' with a fan was nothing but a genuine moment amid a season of ugliness. 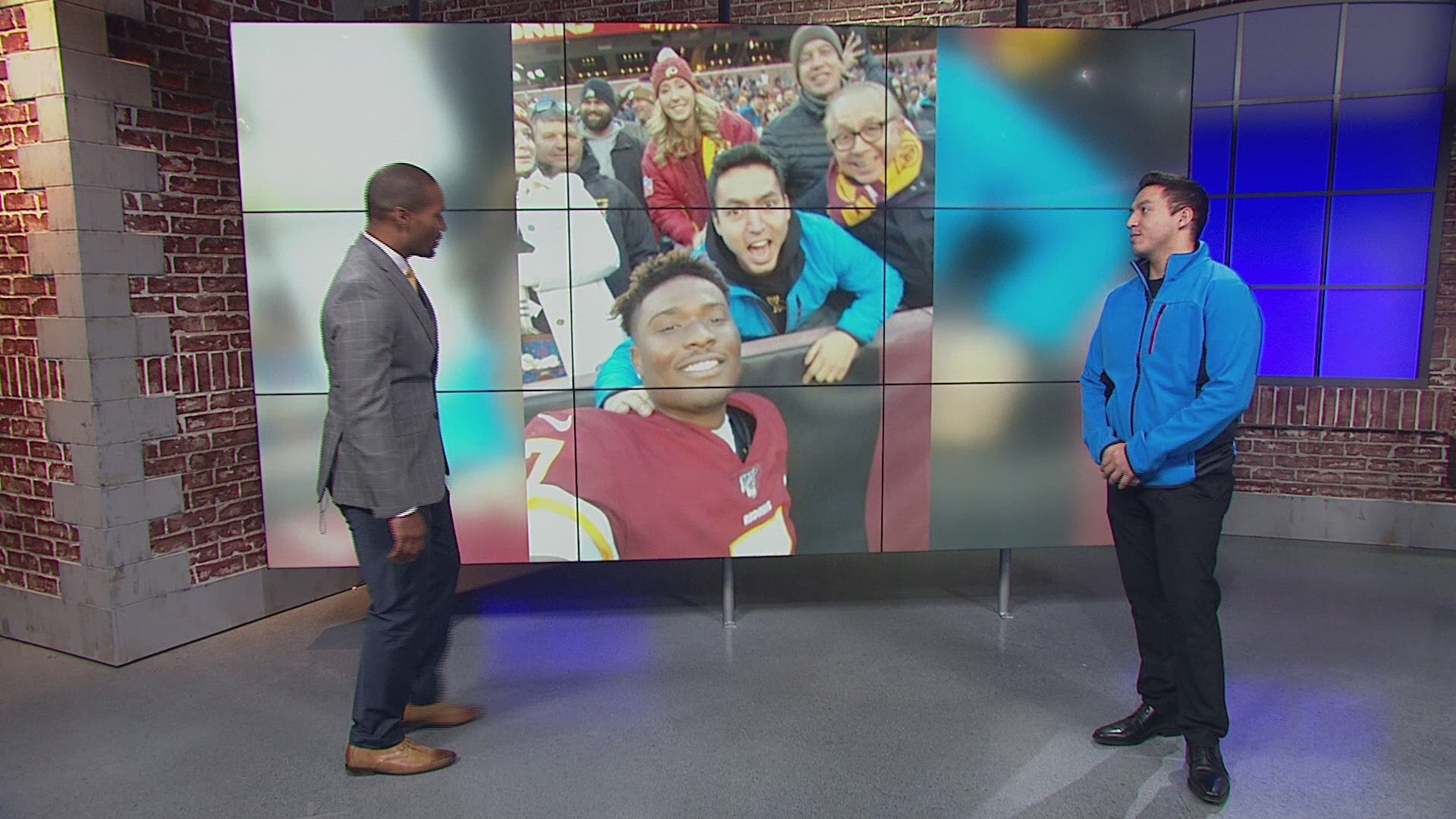 WASHINGTON — In yet another controversy involving the local NFL team, the rookie quarterback posed for a selfie with a fan before the game was officially over.

In a gesture some are calling childish and amateur -- mostly get-off-my-lawn curmudgeons -- Dwayne Haskins Jr. posed with a fan at the end of his first win as an NFL quarterback.

What's unprofessional and wrong is how this franchise has behaved itself in the past 20 years.

What's unprofessional and wrong is not winning a home game before yesterday in 13 months.

What's unprofessional and wrong is the myriad off-the-field scandals that keep showing how tone-deaf this organization is.

Credit: Getty Images
Dwayne Haskins of the Washington Redskins warms up prior to the game against the Miami Dolphins. (Image: Michael Reaves/Getty Images)

And that includes letting safety Montae Nicholson -- who last week drove his unconscious girlfriend from his house to a local hospital, where she was pronounced dead of an apparent drug overdose -- suit up and play the past two weeks. Even if he's cooperating with investigators, even if he had nothing to do with her death, it's bad optics for a franchise that knows nothing else.

By comparison, Dwayne Haskins Jr. sharing a genuine moment with an otherwise disenfranchised fan should be cause for celebration around Ashburn. If that's your Burgundy and Gold controversy after a win -- that your rookie QB needs to bottle up his excitement until the game is actually over -- that's almost cause for a party.

Or at least another selfie.

RELATED: Dan Snyder probably won't sell the Redskins, but the NFL could force him to