While the president and some locals tie violence at protests for George Floyd to antifa, one expert says a direct tie hasn't been shown. 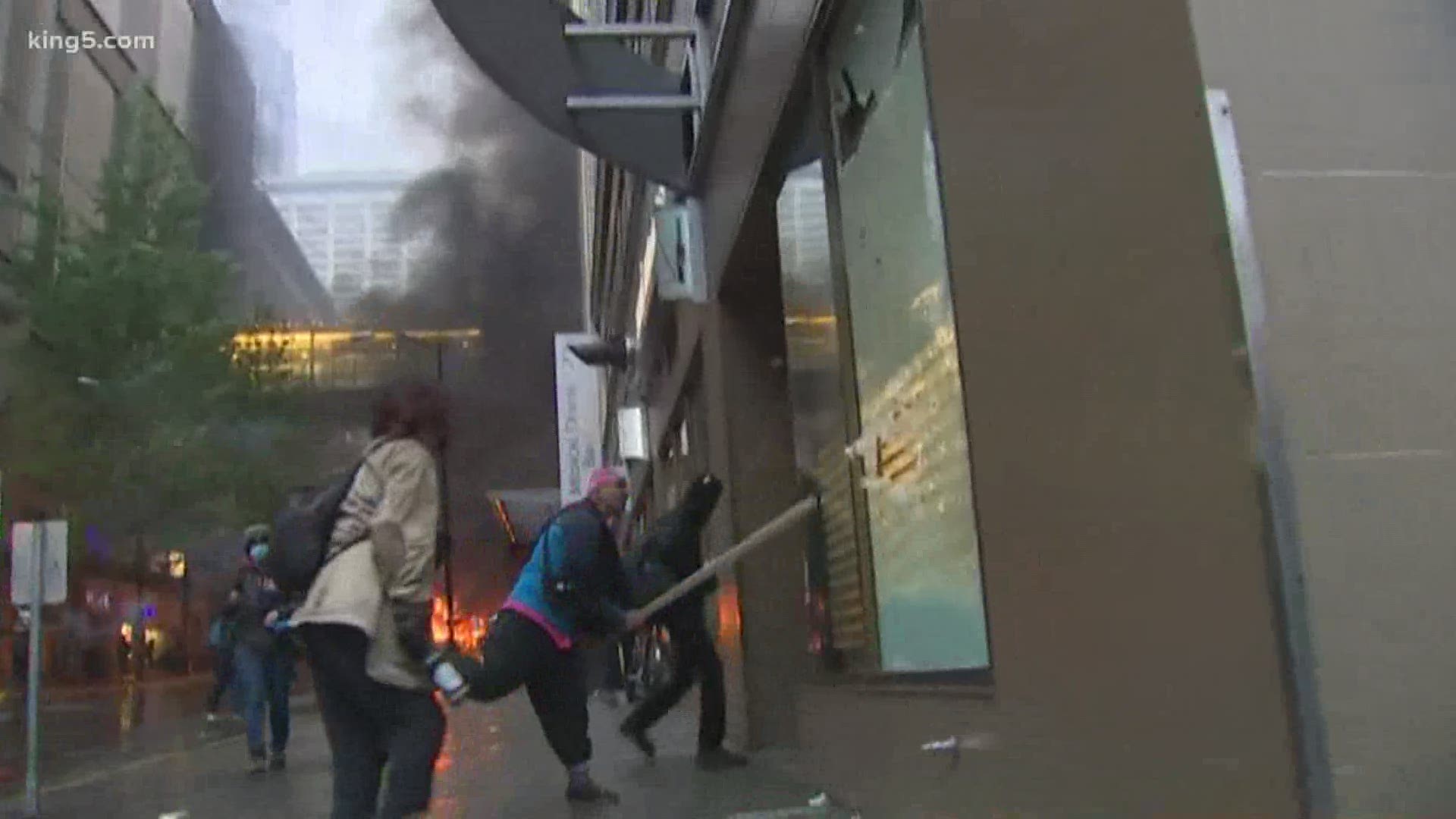 SEATTLE — Protesters in Seattle walked for miles Sunday nights. Many in the crowd of hundreds made efforts to keep the peace, trying to avoid scenes of looting an vandalism that played out across downtown Seattle and around the country Saturday night.

Meanwhile President Donald Trump, while not referencing Seattle directly, blamed similar acts of destruction across the country on one group.

“The violence and vandalism is being lead by Antifa and other radical left wing groups,” Trump said.

He added in a tweet that the U.S. will “be designating ANTIFA as a terrorist organization.”

“I just think that right now the intelligence from what we know there’s not enough information at this point to use this,” said former FBI Analyst Farris Rookstool III.

While there have been claims both locally and nationally that protest violence was encouraged by some sort of organized effort – former FBI analyst Farris Rookstool says the government has yet to show a direct tie between the violence and a single group.

“It’s more of a knee jerk reaction to brand an entity as terrorist when in fact he hasn’t shown his hand to show what are the mitigating facts the documented proof that actually cause it to fall into that category.”

Overnight Saturday, during the worst of the rioting in Seattle, 57 people were arrested for a range of offenses. The Seattle Police Chief Carmen Best said the investigation continues into who these people are and what may have motivated them to take action.

RELATED: 'Not the acts of allies:' Seattle officials discuss the emotional aftermath of violent protest