VERIFY: Yes, the Satanic Temple was recognized as a church by the IRS

While the idea of the IRS recognizing a Satanic Temple as a church may turn heads, it's actually a fairly normal tax classification. 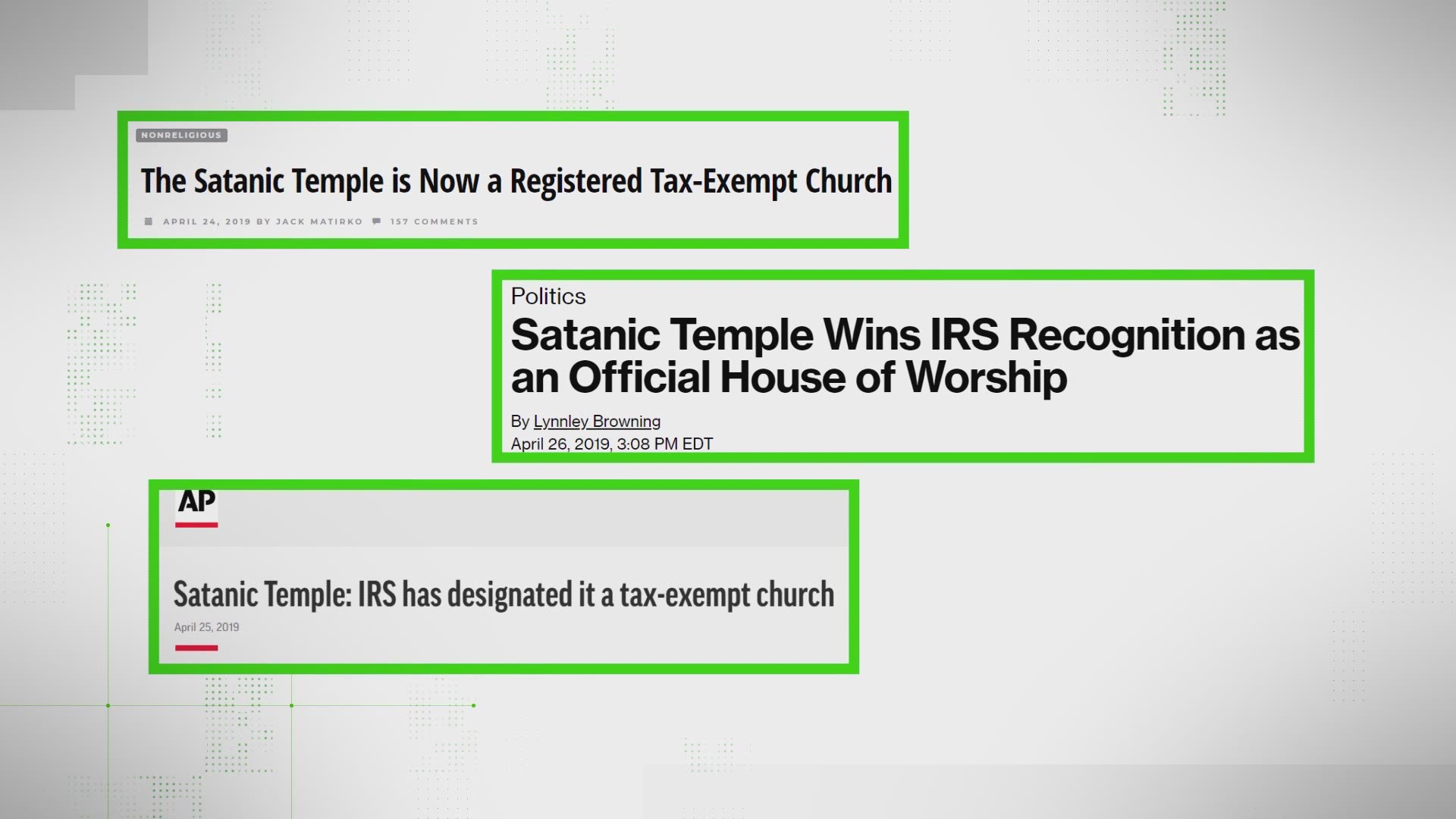 The headlines are clear. The Satanic Temple received IRS recognition and is now officially a church in the eyes of the revenue service.

But is the story that simple? Many people online questioned if that really happened and if it changed anything for the Satanic Temple.

Was the Satanic Temple officially recognized as a church by the IRS?

Yes. It's important to note that the designation simply moves the Satanic Temple into a tax-exempt category for federal taxes. It isn't an official government stance on the Temple or its teachings.

Believe it or not, the Satanic Temple isn't a faith full of Satan-worshipers.

According to their own site, the Temple and its members don't believe in the "existence of Satan or the supernatural."

Their purpose, according to them, is to "participate in the public sphere, where other religious groups have been given favor."

In a release, the Temple confirmed that they had "been recognized by the United States government as a legitimate and legally protected church."

This status was backed up on Guidestar.com, which is a site that compiles documents on all non-profits and tax-exempt organizations. On the Satanic Temple's page, the section for public tax documents is empty.

"This organization is not required to file an annual return with the IRS because it is a church," the page reads.

We can VERIFY that the Satanic Temple is officially a church with IRS regulations.

1.) With Freedom of Religion in our First Amendment, the IRS will grant any group that meets certain requirements the status of church.

2.) Granting a group a new tax status doesn't mean the IRS condones, supports or takes any stance whatsoever on the teachings of the group.

Now, if you're wondering how a group becomes a church, there's a fairly straightforward answer.

Among them, the need for congregations, services, established places of worship and more.

The Satanic Temple meets all the listed requirements.