VERIFY: Do silent fireworks exist for terrified pets and veterans with PTSD?

Do silent fireworks exist for terrified pets and veterans with PTSD? 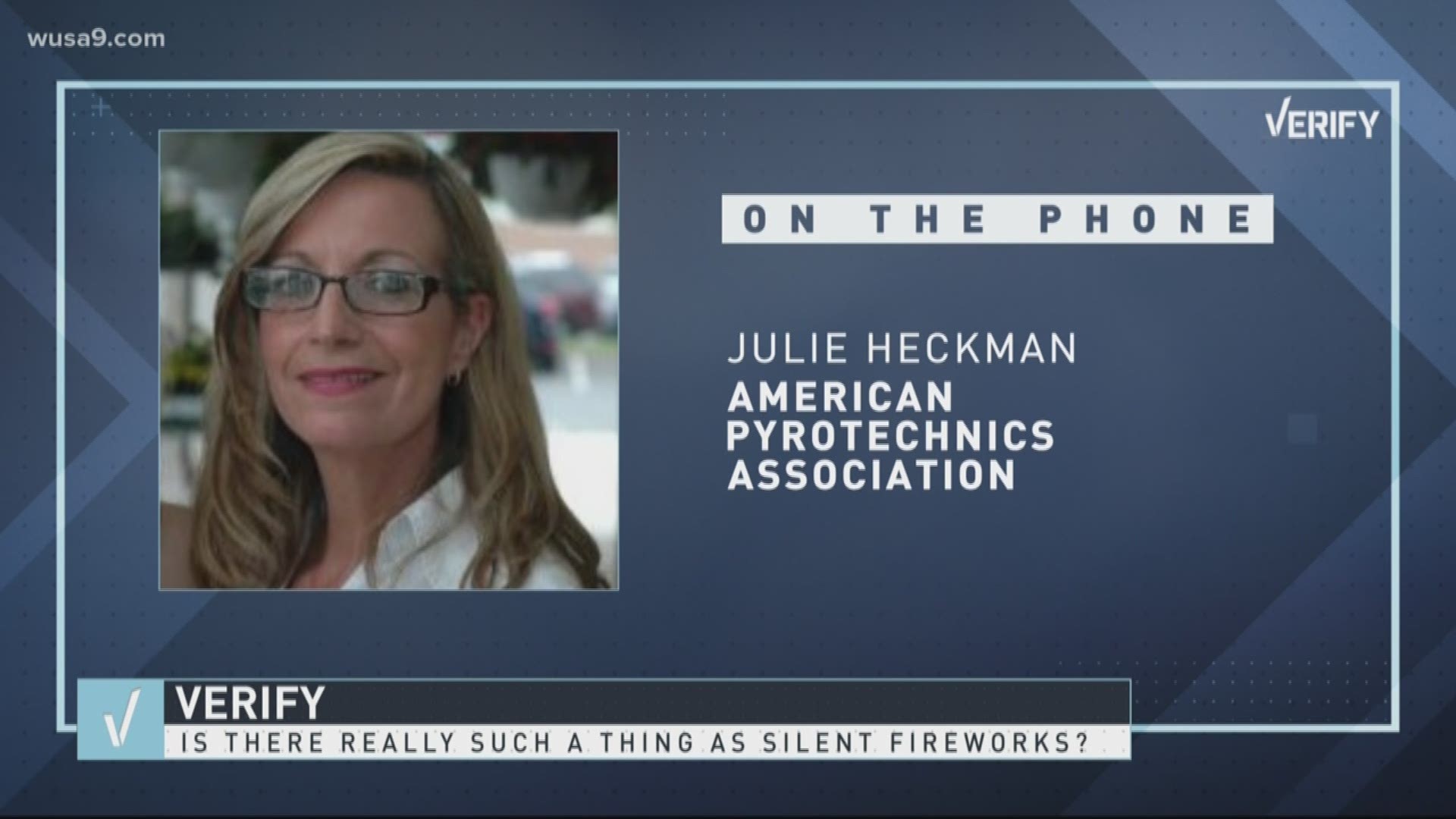 Do silent fireworks exist for terrified pets and veterans with PTSD?

No, all fireworks make noise. There are ones that are designed to be quieter.

Independence Day is famous for it's iconic, heart-piercing fireworks display. But for some, namely pets and veterans with PTSD, the sizzles, whistles and booms are excruciating.

Lots of people on social media are advocating for 'silent fireworks' to make their way to the National Mall.

Happy 4th of July! 🇺🇸People always seem eager to educate on pet friendly 4th of July but let's not forget the even more important autism and PTSD friendly! Be mindful of any neighbors that may have sensory issues, set off earlier or farther away, and consider silent fireworks

Can someone invent silent fireworks for my dog?

Some people shared a popular story about a small village in Italy called Collecchio that passed legislation, allowing only silent fireworks. The story did not include any sources nor link to any laws.

But our Verify team contacted the Collecchio municipality and is waiting to verify whether this unvetted but popular article is correct.

Our researchers contacted two firework experts who explain there's no such thing as a truly silent firework.

"You're going to hear a slight sizzle or some low-level noise," Julie Heckman, executive director at the American Pyrotechnics Association said. "To get the energy to burst 1,000 feet in the air, you're going to hear that break...it's next to impossible to make it completely quiet."

Chemistry expert John Conkling says there are quieter fireworks filled with less energy and a weaker casing, so the chemicals don’t need to struggle as hard to burst.

"The bursting charge is likely to have no metal fuel (aluminum) to reduce the amount of energy as well as the rate of the energy release, meaningless shock," Conkling said.

He explained how fireworks create different colors and designs here:

Quiet fireworks aren’t used in the big displays that you see on the National Mall or Harbor, but there is a market for quiet consumer fireworks that aren't airborne. They sizzle and spark on the asphalt and are allegedly muted.

So we can Verify, no, truly silent fireworks do not exist, but there are quieter ones.