VERIFY: What are George Washington's ties to slavery?

The first president had a complicated history. The Verify team went to historical experts to break down his views and actions. 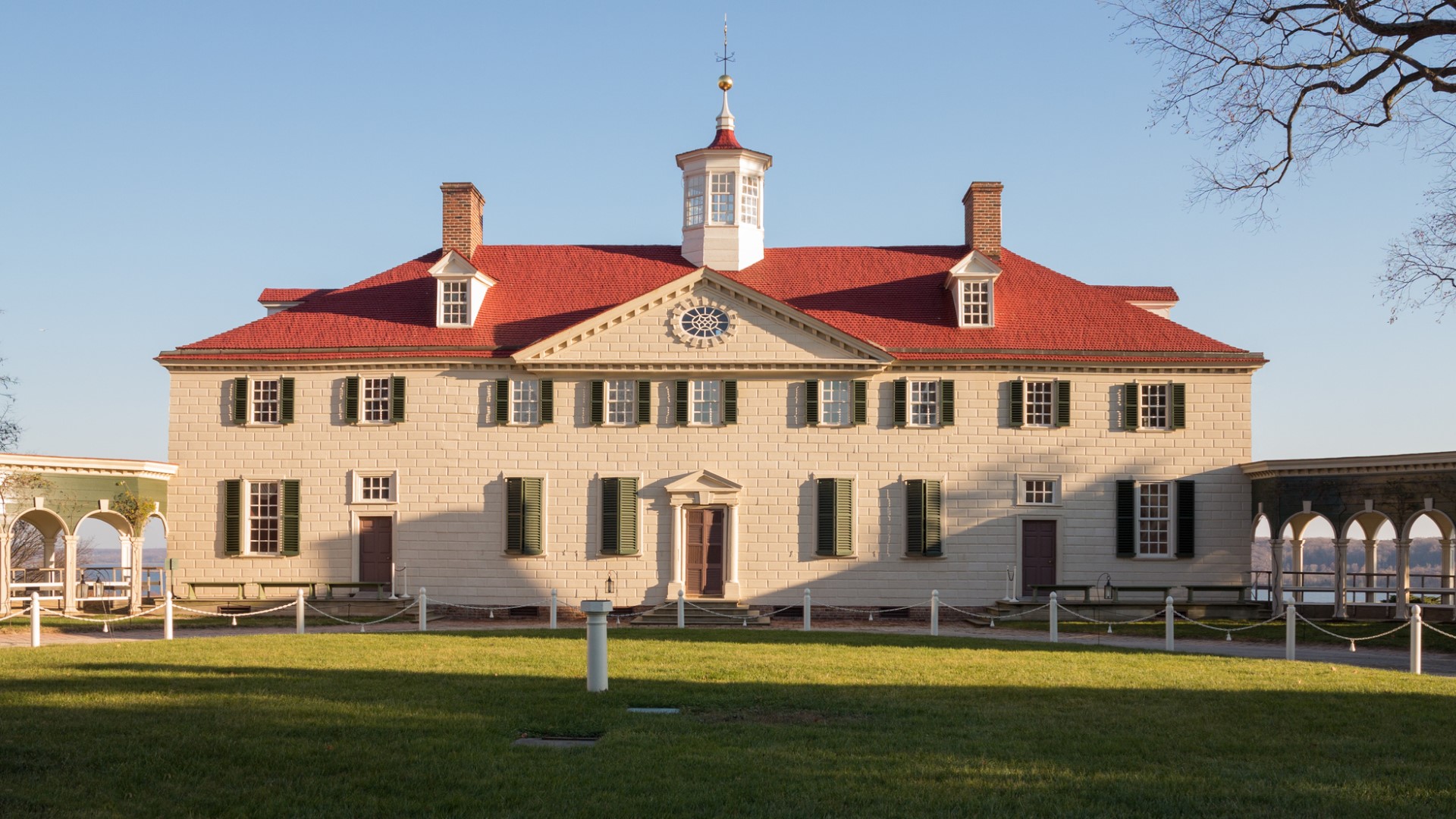 What are George Washington’s ties to slavery?

George Washington owned hundreds of enslaved people throughout his life. While his views on the institution of slavery shifted in his later years, he made private efforts to prevent his slaves from claiming their freedom and never spoke publicly about abolition until his death.

From ripped down statues to renamed landmarks, communities are reexamining how to remember and honor historical figures. Even our nation’s first president is under the microscope because of the fact he held slaves throughout his life.

At the University of Washington in Seattle, students filed a petition last year to remove a statue of George Washington.

In 2020, a D.C. task force recommended renaming nearly 50 D.C. sites. They include the Washington Monument in an early version of the report, though the site was later removed.

In recent years, historians have more thoroughly studied ties between the Founding Fathers and slavery. That includes the team at George Washington’s Mount Vernon, his historic Virginia home and plantation.

Jessie MacLeod is an Associate Curator at Mount Vernon.

RELATED: Here's why it took two years for enslaved Texans to learn they had been freed

“He’s held up as a hero in American history,” MacLeod said of Washington. “So his complicated relationship with slavery can be difficult for some people to understand. And it can make them uncomfortable.”

Washington, MacLeod explains, inherited his first enslaved people from his father at 11 years old. As a young man, he purchased more to work his land and expand his plantation.

When he married Martha, she brought dozens of slaves from the estate of her first husband, Daniel Parke Custis.

“Early in his life, George Washington didn't really comment on the institution of slavery,” MacLeod explains. “He seems to have accepted it.”

She says that began to change during the Revolutionary War when writings show he started to question slavery, influenced by the antislavery ideas of his aides, Alexander Hamilton, John Laurens and the Marquis de Lafayette.

In 1778, Washington wrote to his plantation manager, saying “I wish to get quit of negroes.”

“What he basically means is, he doesn't want to be a slave owner anymore,” Mcleod said. “And in the later years of his life, he really becomes quite ambivalent about being a slave owner.”

He initially states his concerns about slavery in economic terms, according to MacLeod. But later, he added moral objections.

RELATED: Finding Quander: The journey of one of America’s oldest documented black families 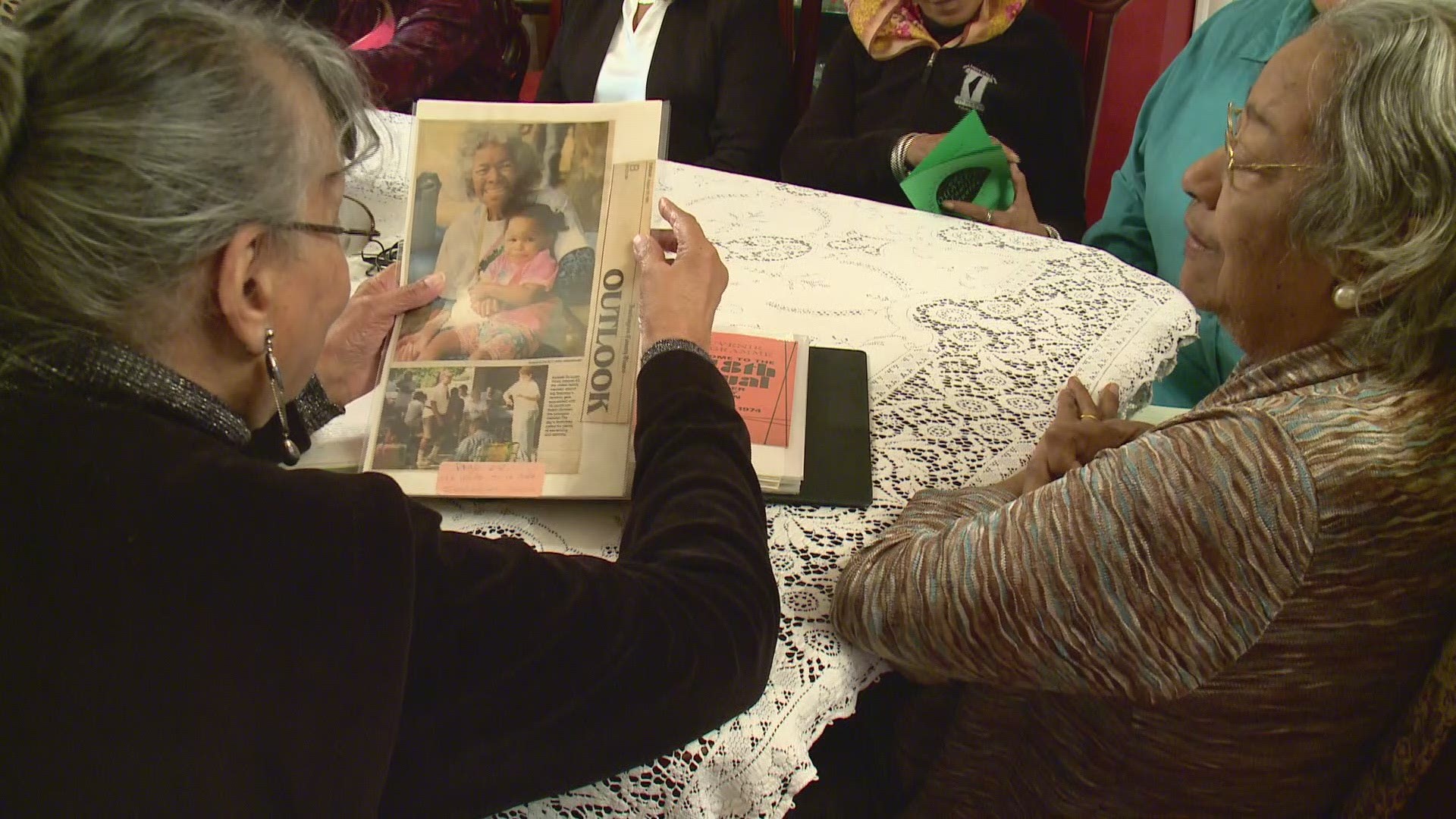 Washington, she explains, for the most part, stopped buying or selling enslaved people, and took actions to avoid separating slave families.

In 1786, he wrote in a letter, “I never mean (unless some particular circumstance should compel me to it) to possess another slave by purchase: it being among my first wishes to see some plan adopted by the legislature by which slavery in the Country may be abolished by slow, sure, & imperceptible degrees."

“But he did not take public steps to denounce slavery or to promote abolition through his power as a public official or President,” MacLeod said.

Holland says George Washington wasn’t as violent and abusive as some slaveholders, noting his relationship with William Lee, an enslaved man at Mount Vernon.

“But the majority, if not all the slaves wanted freedom, and were willing to risk their lives to get it,” Holland said. "Now, Washington wasn't as bad as some other slave owners. And he did not send out hundreds of slave catchers to return his slaves to him. But he did want what he considered his property back.”

When Washington was president, he lived in Philadelphia, where state law allowed slaves of visitors to claim their freedom after six months.

Our experts confirm Washington secretly rotated his slaves out of the state, sometimes just sending them over the river to New Jersey, so they couldn’t claim their freedom.

“He actually instructs his secretary to do it in a way that will deceive them, meaning the slaves and the public,” MacLeod said. “So, he doesn't want his actions to become common knowledge because he knows that there are so many abolitionists in the city that it could become a PR disaster for him.”

In 1793, Washington signs the Fugitive Slave Act into law, which helps slaveholders recapture enslaved people who have escaped.

“Washington doesn't comment on its content, and we don't know whether he personally supported it,” MacLeod said. “He saw his position as more of a neutral arbiter. He didn't want to anger southern states who were very supportive of slavery and would potentially rebel.”

Experts also point to the story of Ona Judge.

Judge was enslaved by the Washingtons, serving them during his presidency. In 1796, she fled from Philadelphia to New Hampshire.

The Washingtons, experts say, were furious and made several efforts to get her back.

“George Washington continually sent Slave Hunters after her to capture her,” Holland said. “We still have, to this day, advertisements that Washington paid for in newspapers, saying he had an escaped slave that should be brought back to Virginia. But one of the things that we've also discovered is that George Washington's name is not on any of these advertisements. So he did not want his own personal reputation connected to slavery, which tells us that he obviously didn't think slavery was something he wanted advertised and connected to his name.”

“Technically, the Washingtons could have recaptured her by force,” MacLeod added, explaining that the Fugitive Slave Act would have allowed it.

“Washington was very wary of the public perception of him as a slave owner," MacLeod continued. "And he knew that if he were seen recapturing this young woman by force, it could spell disaster for his reputation among those who opposed slavery.”

Mary Elliott is the Curator of American Slavery at the Smithsonian National Museum of African American History and Culture.

RELATED: Juneteenth history: Why today is so important to the Black community and what you may not have learned in school

“He caught himself wrestling with a moral issue,” Elliott said. “And yet, still, he tracked down a young lady who seized her freedom, almost in a way that it was offensive to him that she would have done that.”

In his final years, Washington privately voiced desire to free his slaves, but he didn’t. Experts say he may have been worried about separating families, given that Washington himself owned less than half of the enslaved people at Mount Vernon. But, they say, he also wanted to avoid the financial burden of the lost labor and the required cost of freeing an enslaved person in Virginia.

"He considered freeing his slaves before his death, but his affairs were so enmeshed in the system of slavery that he was unable to find a way to do so that would not be an enormous financial burden," MacLeod said. "So Washington opposed slavery in theory—and hoped that slavery would eventually end—but he did not make abolition or emancipation his first priority during his life."

“If he gave people their freedom, he had to pay in some form, and he didn't have the money necessarily,” Elliott said. “But if you know it's the moral thing to do, you make a way. You make away, just like you can make a way to fight for the freedom of a nation.”

Washington died in 1799. His will called for his slaves to be freed, but only after Martha passed away.

Only 123 of the 317 enslaved people at Mount Vernon, less than 40 percent, would be freed. The rest had been rented or belonged to the estate of Martha’s first husband.

“So in the end, George Washington died a slave owner,” Holland stressed.

"I would say that he was burdened with the issue of slavery," Elliott said. "And even then using the word burden as being kind of, of generous, because then it makes it sound like the decision on slavery is a burden. But really, it's a moral issue. And where do you fall on that moral issue."

George Washington held close to 500 enslaved people over his life, and while his views shifted, he made private efforts to prevent those people from claiming their freedom. He never spoke publicly about abolition until his will.