Yes, the airplane environment is why food isn't as good, although it's not just because of our senses

A combination of a poor setting for a meal and an environment that dulls the senses is what leads to airplane food being the butt of sitcom jokes. 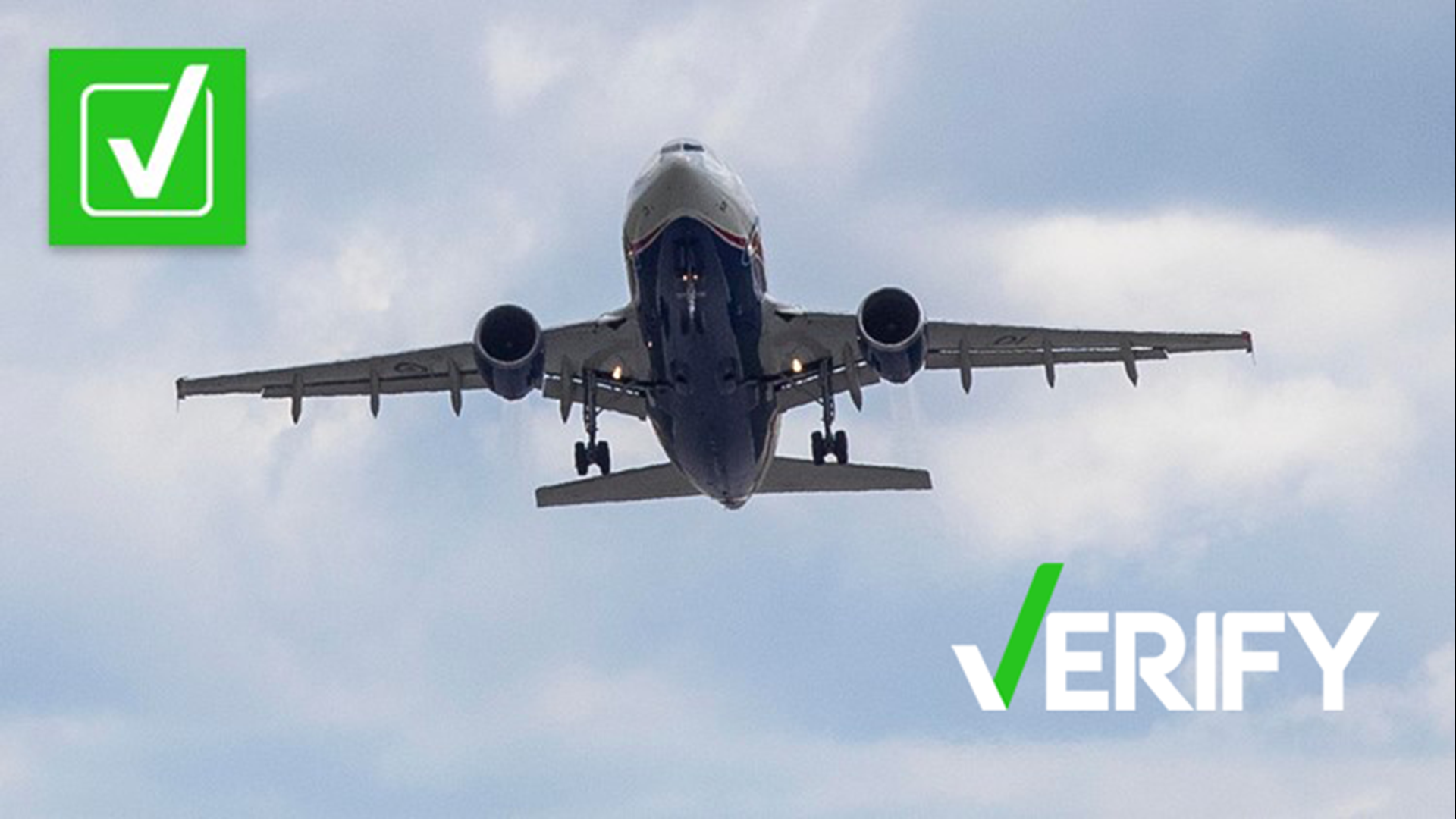 Food quality in airplane flights has long been a subject of comedy routines. The comedy subject is so well-known that “what’s the deal with airplane food?” is a joke in itself.

So when someone posted a screenshot to Twitter of another person sharing that they learned our perception of flavor is muted in planes because of the high altitudes and low humidity, more than 77,000 people liked the screenshot’s follow-up of “Finally, the deal with airline food.”

Is a sense-dulling environment on airplanes responsible for why airplane food typically tastes bland?

Yes. Studies over the years have discovered that the air pressure and low humidity in the airplane cabin contribute to a different sense of taste than we experience on the ground.

However, even if scientists and chefs find a way to make food taste exactly the same in the sky as it does on the ground, the conditions while in flight ultimately make eating not as enjoyable as it would be at home or in a restaurant.

First, it’s important to establish exactly what taste and flavor are. According to the Alimentarium, a food and nutrition museum funded by Nestlé, there are five basic tastes that are widely accepted: sweet, sour, salty, bitter and umami. If you haven’t heard of that last one, that’s because it’s the most recent addition to the basic tastes, having been added just a decade and a half ago. The best English descriptions for umami are savory, meaty or broth-like.

The Alimentarium explains that taste, which is the direct perception of our tongue, differs from flavor: “The way in which we perceive flavour, however, results in particular from a combination of our senses of smell, taste and touch. It is the interplay of these senses that determines whether we like the taste of a given food or dish.”

The Kerry Health and Nutrition Institute further explains, “People with congestion often experience a diminished ability to taste; their taste buds are working fine; it’s the lack of smell that hinders the brain’s ability to process flavour.”

This is important because it’s not just taste that impacts how we feel about food on the airplane. Our taste, our smell and even our sense of hearing are all impacted in a way that makes the food seem a little more bland.

Studies dated as far back as 1972 and 1997 revealed we are less sensitive to sweet and salty tastes at high altitude and more sensitive to sour and bitter tastes. These studies were conducted before umami was discovered and added to the list of basic tastes.

A 2007 study then found that humidity has an impact on our sense of smell. When the air is dryer, our noses are less sensitive. When the air is more humid, our noses are more sensitive. The World Health Organization says that the humidity in aircraft cabins is typically less than 20%, which is dryer than we’re used to — it also says the humidity in our homes is normally greater than 30%.

Dr. Paul Breslin, a member of the Monell Chemical Senses Center and professor in the Department of Nutritional Sciences at Rutgers University, said that the loss of humidity and change in your sense of smell likely has a greater impact on the food's flavor than the change to your sense of taste.

A more recent study from 2015 suggested that the white noise of commercial aircraft engines could also impact how we perceive flavor by affecting a nerve in the ear that carries the sensation of taste from the tongue to the brain.

However, more research is needed before those findings and that theory is commonly accepted by scientists. Dr. Breslin wasn't aware of the study and doubted the noise would alter your sense of taste in that manner.

He does believe, however, that white noise is one of many factors that makes eating less enjoyable on an airplane than elsewhere. He also pointed to turbulence, cramped spacing and seating arrangements as other factors.

"A restaurant designed like an airplane would fail," he said.

Breslin said while you still retain some sense of smell and taste in the skies, airplanes are designed for travel rather than for fine dining. Eating next to strangers in a tight space where everyone is looking ahead just isn't as fun as eating with friends or family in a space designed for dining, he said, and that likely has a greater impact on comedians' complaints with airplane food than anything else.

“This means for example that the flavor of Asian dishes, which have a very intense aroma anyway, remains stable at low pressure,” a press release by the simulation facility said. “Milder dishes such as fish or poultry, on the other hand, require much more seasoning with salt and herbs.”

LSG Sky Chefs, who provide food for airplane travel, tested versions of dishes with different amounts of seasonings and oils. “In the right amounts, seasoning oils lend support to the aroma of dishes, while tomato essences can help to provide a harmonious taste experience.”

Dr. Breslin also suggested using additives that enhance flavor through means other than taste and smell. This would include things that are spicy or minty, which give your tongue the feeling of heat and coolness respectively.

But to make food enjoyable in flight? Dr. Breslin says not even NASA has an answer to that.

The issues people have with their food in airplanes are the same issues astronauts run into while up in space. Their noses are congested and the environment isn't one that's all that enjoyable to eat in.

So it’s true, the deal with airplane food isn’t necessarily the food itself. It’s the environment of airplanes. The conditions mid-flight lead to slightly duller senses which make food taste a little blander, and the setting is just not built to make for an enjoyable eating experience.

More from VERIFY: Yes, activated charcoal can adsorb your medication

VERIFY
Our journalists work to separate fact from fiction so that you can understand what is true and false online. Please consider subscribing to our daily newsletter, text alerts and our YouTube channel.  You can also follow us on Snapchat, Twitter, Instagram or Facebook.