VERIFY: Fact-checking photos and claims from the nationwide protests

Photos, videos and claims about the protests in Minneapolis have spread online, but not all of it is true. 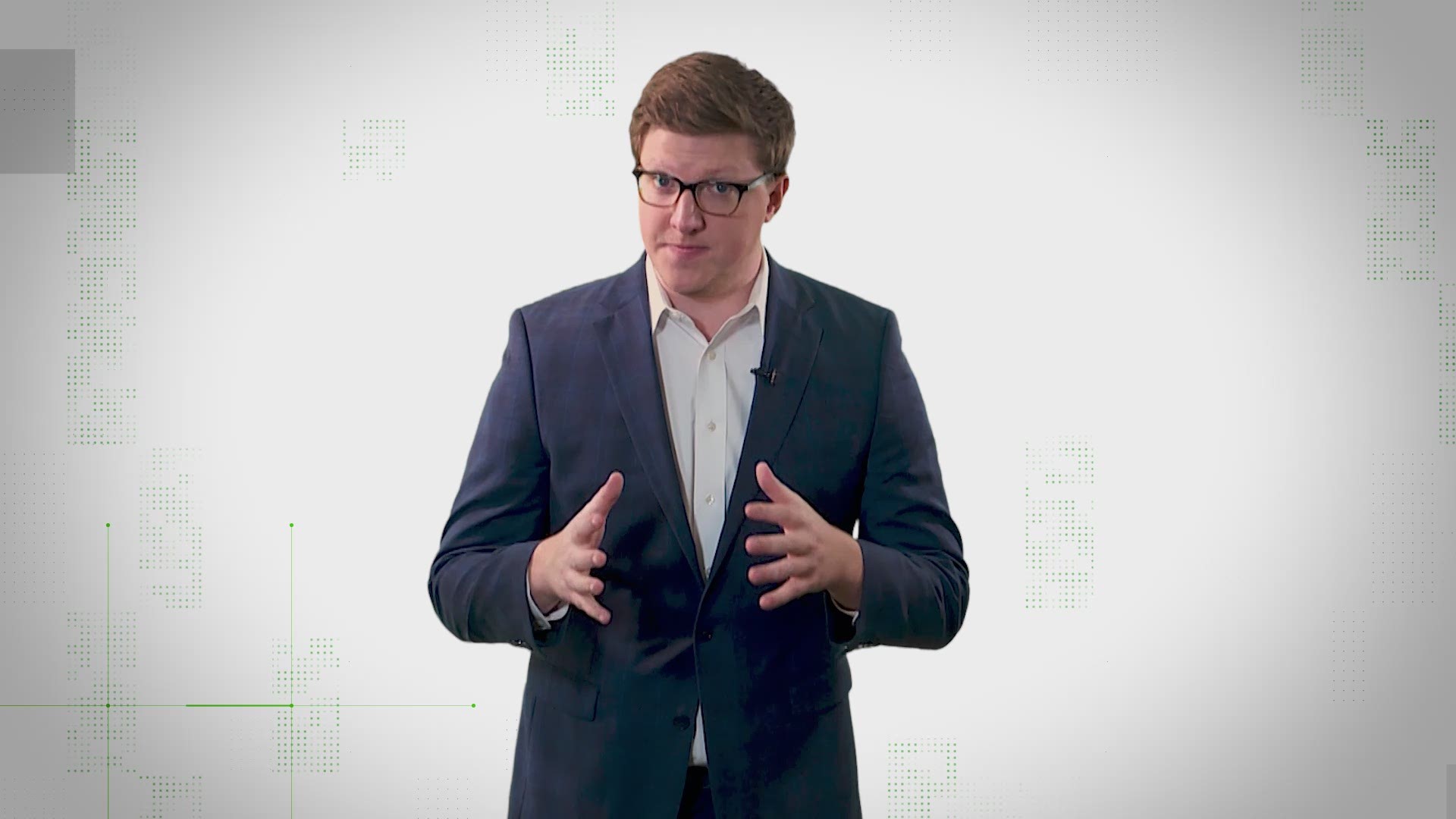 As conversations around George Floyd’s death in police custody and protests around the country continue, we’re also seeing a lot of misinformation posted and shared online. VERIFY is breaking down the viral photos and videos people are associating with the protest so you know what’s real, what’s untrue and what’s unverified.

A picture of a protester holding a sign that says police academy hours are less than hours a barber needs to get a license went viral online.

As an example, in North Carolina a police officer needs a minimum of 620 hours of training and another 278 in the Charlotte-Mecklenburg area. While a barber’s license takes 1,528.

While it's true barbers spend a longer time training than police officers in most states, this isn't true in every single state. New York requires just 228 of training for a barber's license according to the Institute of Justice's License to Work database, that's less than the 700 hours required for a New York police officer.

However, the flag was not raised by the Cincinnati Police Department. It was put up by deputies with the Hamilton County Sheriff's Department, which also serves Cincinnati. This was confirmed by the Hamilton County Sheriff's Office on Twitter, who said the flag was raised by deputies to honor a Cincinnati Police Department officer who had been shot. The sheriff's department claimed the American flag that was originally on the pole was stolen and that a new American flag would replace it the next day.

Palettes of bricks have been placed by protest sites

There are all kinds of claims being made about photos and videos of bricks from all kinds of cities across the United States. We cannot VERIFY when, how, and by who the bricks were placed where they were in every case. However, there are several instances where viral photos or videos have pointed out bricks that have been there for weeks.

A viral video of bricks in Fayetteville, NC,shows bricks that appeared in a YouTube video from May 24, a day before George Floyd was killed and protests followed. A video of stones in Los Angeles showed security barriers for a synagogue that were seen in a video from early May. A viral photo from Dallas showed bricks that have been in the same place on Google Maps since at least December 2019.

All of these are covered in more detail in our full article on brick claims.

After social media users shared pictures of several fire-starting and flammable articles they found in their neighborhoods, Minnesota Department of Public Safety Commissioner reported Sunday evening that law enforcement officials have indeed found incendiary materials in the Minneapolis metro area and all over Minnesota.

They say these items include bottles of gasoline, bottles of oil mixed with gasoline, car oil, boards or wood soaked in gasoline or kerosene, among others. If you find any of these items or any suspicious object, the Minneapolis Police Department urges you to call 911.

There are zoo animals on the loose amid uprisings – FALSE

Posts about animals being on the loose in different cities across the United States have been shared far and wide on the internet in recent days.

On Twitter, posts about a tiger being loose in Oakland forced the Oakland Zoo to tweet that all their tigers were safe and accounted for.

"Attention to all our followers: The reports about any of our animals being outside of the Zoo are FALSE. The FALSE report was given by a bus driver to the Alameda County Sheriff," the Oakland Zoo said in a tweet. "Thank you all for your concern and have a safe night!"

Although the Alameda County Sheriff's office did say they received reports about a tiger on the loose, they followed the statement up with a tweet echoing the Oakland Zoo’s.

In Chicago, two tweets about a hippo and kangaroo roaming the streets went viral. The Lincoln Park Zoo debunked them, saying that all animals are accounted for and safe. One of the images of the hippo is from an incident that happened in Palos de la Frontera in the Andalusian province in Huelva in 2016. The Second appears to have been taken in South Africa. The image of a kangaroo appear to be to be from a 2018 incident in Sydney, Australia.

Rubber bullets have metal inside and can be lethal - TRUE

Police forces have used rubber bullets to disperse protesters over this past week. A viral tweet claimed that they are far more dangerous than they sound.

A study published by the National Center for Biotechnology Information, part of the National Institute of Health, found 53 people have died to rubber bullets between 1990 and 2017. The study found that rubber bullets were more likely to be lethal or cause serious injury if fired at close range and at the head, neck, chest or abdomen. The study also found that rubber-coated metal bullets were more lethal than bullets made entirely of rubber, which are also used.

Rubber bullets are referred to as "less lethal" rather than non-lethal by some, including the ACLU.

After police forces around the country used tear gas on crowds of protesters over the past week, social media users began to question the legality of the gas.

It's true that the general use of gaseous chemical weapons were banned after WWI in the Geneva Protocol of 1925.

Later on, "riot control agents" were banned for use in warfare in the Chemical Weapons Convention of 1993. That same convention also said law enforcement were allowed to use such agents for domestic riot control.

Richard Price, a political science professor at University of British Columbia and author of the book The Chemical Weapons Taboo, told VERIFY in an email that a major reason tear gas is banned in war is because soldiers can't determine the severity of gases being fired on them, so the best way to avoid escalation is to ban all gaseous chemical weapons.

Price also made note that tear gas can be lethal in confined spaces, but is rarely lethal outdoors.

This photo has surfaced on a few sites including QAnon groups on Facebook. It claims to be a document found at a recent protest. The document talks about props, behavior and how to stick to your "personality profile assignment."

This photo is not new. In fact, a reverse-image search found it online on sites dating back to 2015. This document and its claims are false.

President Trump tweet that George Floyd's family was "honored to hear from" him - FALSE.

Multiple photos that appeared to show a tweet by President Trump were spread widely. In the "tweet," Trump appears to write that he spoke with George Floyd's family and that "they were honored to hear from" him. It adds that he doesn't "want to see another black many die by a knee to the neck...there's better ways to die."

This tweet is fake. It was not posted on President Trumps actual Twitter page and it did not appear on a site that keeps deleted tweets from politicians. 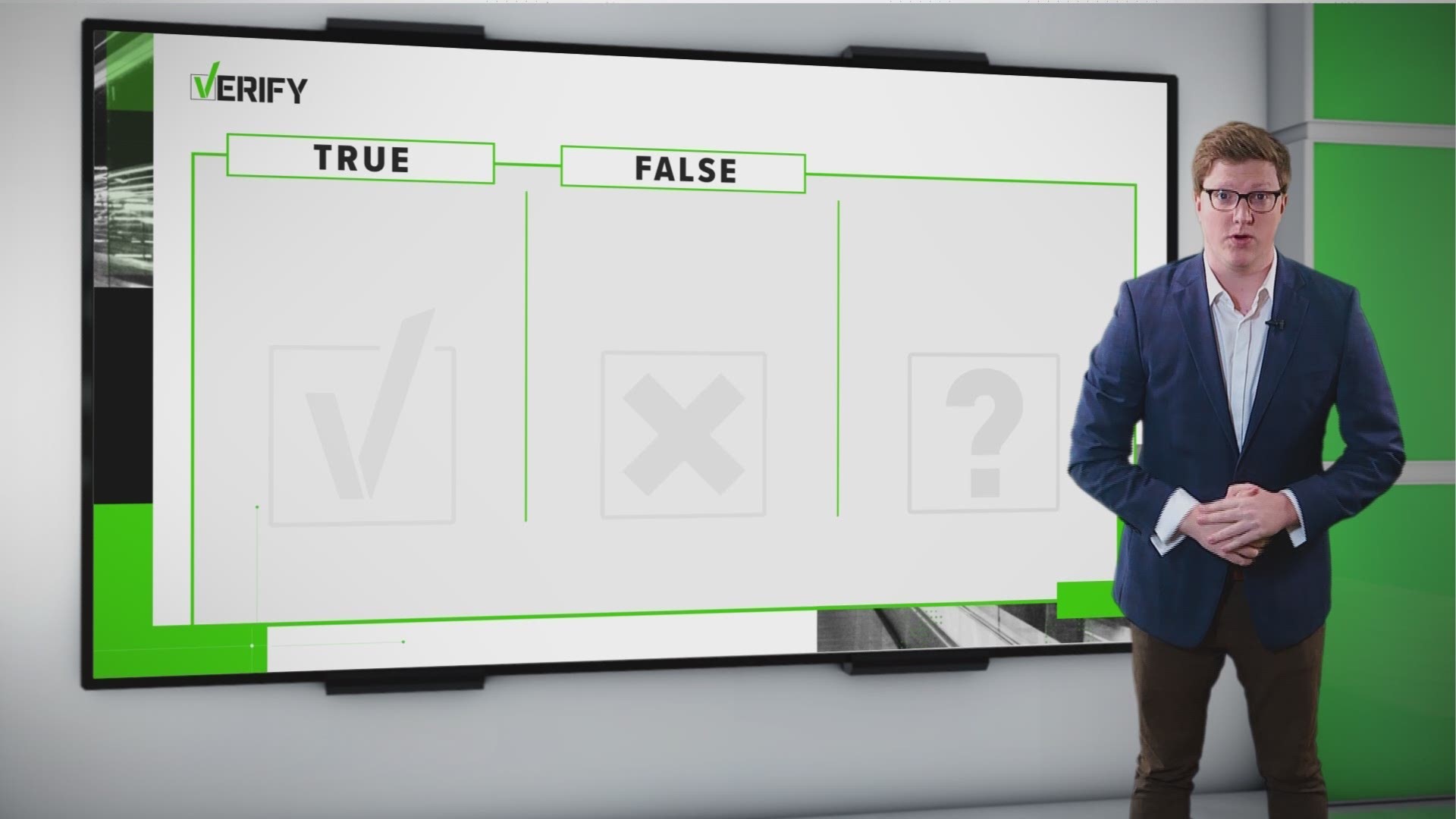 This photo of a burning apartment building is from Minneapolis this week. A similar photo of what is the same building in the same fire is in the Minneapolis Star Tribune, Minnesota’s largest newspaper.

The building was an affordable housing complex that was under construction and set to hit the market later this year.

So we can confirm this picture really is of a burning building that was set on fire during protests in Minneapolis.

Users across social media have shared a video of a man breaking windows at an AutoZone in Minneapolis. The man is wearing all black, has a gas mask on and is holding an umbrella.

Some posts have claimed this is a “white dude sabotaging the George Floyd Uprising.”

Hiding behind gas masks and systematically smashing windows and starting fires during protests over George Floyd's murder. Is this a coordinated campaign?

The VERIFY team has looked into this video and has reached out to multiple sources, but at this point, we cannot independently verify the man’s identity or motives.

The most shared version of this claim says the man in the video is actually an officer with the St. Paul Police Department.

The St. Paul Police Department has publicly and repeatedly denied it’s their officer.

UPDATE: The St. Paul Police Department released surveillance video on June 8 from the Richard H. Rowan Public Safety Training Center that shows an officer, who appears to be Jacob Pederson, at the center from about 3:30 to 6:40 p.m..

That would place him at the St. Paul training center during the time the man with the umbrella was smashing windows at a Minneapolis AutoZone.

The exact identity of the person smashing the windows is still unknown.

Another viral photo is one from a Twitter account called Breaking911 with the caption “McDonald’s has fallen.”

This image isn’t in Minneapolis and was not taken this year. The exact picture can be seen in this 2016 Lebanon Daily News story reporting on a grease fire that occurred in a McDonald’s in Lebanon, Pennsylvania.

It’s not associated with the protests in Minneapolis at all.