VERIFY: Brood X is coming. Here's what the cicadas look like now, and your top questions answered

The VERIFY team answers your top questions about the one billion cicadas that will emerge in a few weeks. 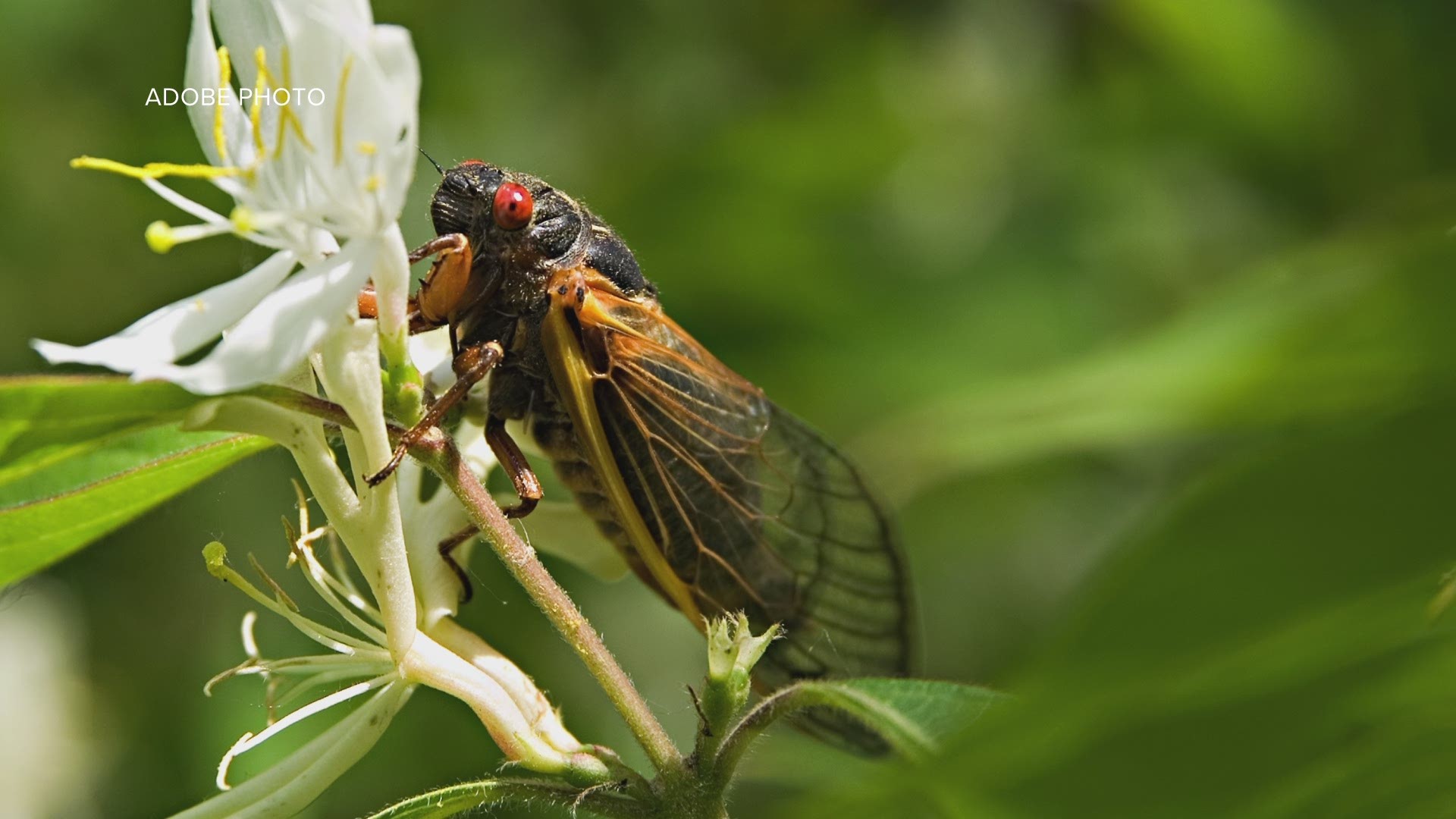 WASHINGTON — With their bright red eyes, large transparent wings, and a shriek that sounds like a mix of static electricity and a maraca, cicadas look like something out of an extraterrestrial movie.

But instead of coming to a theater near you, they'll be coming to your backyard, your favorite outdoor dining spot, and just about everywhere in the DC region starting the beginning of May.

"Brood X" is the name of the one billion bugs set to emerge from the ground after laying dormant below the surface for 17 years.

Our Verify team caught up with George Washington University Postdoctoral scientist Zoe Getman-Pickering at a park in Wheaton, Maryland to answer your questions about what she calls the "most incredible entomological phenomenon."

When will the cicadas emerge from the ground, and what will that look like?

Cicadas will begin to emerge at the beginning of May, Getman-Pickering explained.

Perhaps you've seen a patch of small holes, those are holes the cicadas have preemptively dug to tunnel through when the ground temperature is just right.

"They can tell the minute it gets to 64 degrees, eight inches down into the soil, and once that temperature is hit they know it's time to come out," Getman Pickering said, decked out in a tan button-down and moth pin. "But they're not all really good at it, so you'll have a few that will come out a little early and few that'll get a little confused and come out a little late."

When they do come out, they emerge at night, and look "very ghostly" at first.

What have the cicadas been doing while underground for 17 years?

Being couch potatoes, sucking on tree roots all day long.

"Pretty much the equivalent of laying on your couch and eating Doritos for 17 years," the GW entomologist said.

Here's how it works: cicada females will cut little holes in the tree branches and lay about 20-30 eggs into each hole.

Odds are, Getman-Pickering said, the females will lay their eggs pretty close to where they themselves were born, since cicadas aren't great flyers.

The baby cicadas, also called "nymphs," will hatch, fall down and dig tunnels into the soil. There they'll stay for 17 years sucking on roots.

Cicada Guide: Everything you need to know before billions of cicadas emerge in the DMV https://t.co/inRcnfnWDQ

Scientists are still trying to understand how the cicadas know 17 years have passed.

Are cicadas dangerous to humans? Why are they buzzing?

"They won't bite you, they can't sting you, but they will be loud," Getman-Peckering said.

The noise, or "singing" as our expert put it, is all about mating. She estimates a male cicada can reach up to 100 decibels.

That's louder than a leaf blower or motorcycle, about the volume of an approaching subway train.

"There are, as I said, millions of them in a few acres," she said. "I would recommend invest in some earplugs." 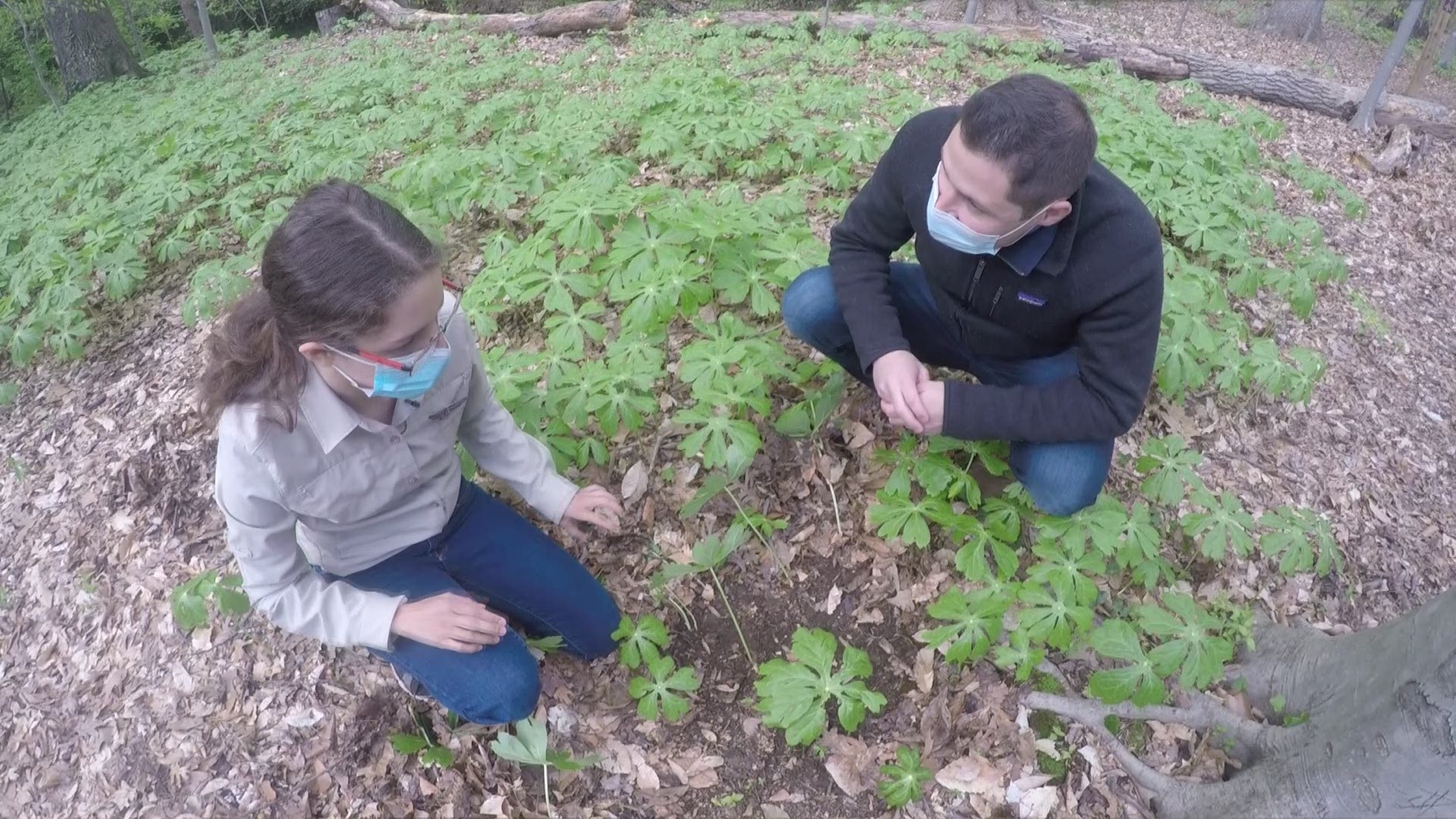 RELATED: Billions of cicadas will emerge soon in the DMV. Here's what experts say you can expect to see and hear

How long will they stay alive above ground?

Approximately two to three weeks. That's enough time for the bugs to sing, mingle and start laying the next generation of Brood X.

Where can you find Brood X? Are there other broods?

According to Getman-Peckering, Brood X is one of the largest broods there are.

"There's going to be cicadas popping up in Ohio and North Carolina and Virginia, Maryland, maybe even a few on Long Island, so it's all only on the East Coast," she said. "Cicadas are only in the East Coast and they need trees. So they evolved here on the East Coast, and they were never able to expand their range, past the Great Plains

There are other broods that emerge in 13 and 17-year intervals, according to the USDA Forest Service.

"It's a new generation that's about to be born," said Getman-Pickering.

Here's a map of active periodical cicada broods in the U.S. courtesy of the USDA:

RELATED: How to eat cicadas: Just in time for the swarm, tips on cooking the bug-eyed bugs