Have you been getting hang up calls from numbers with 222 or 232 area codes? You're not alone and it could be the first step in a scam. 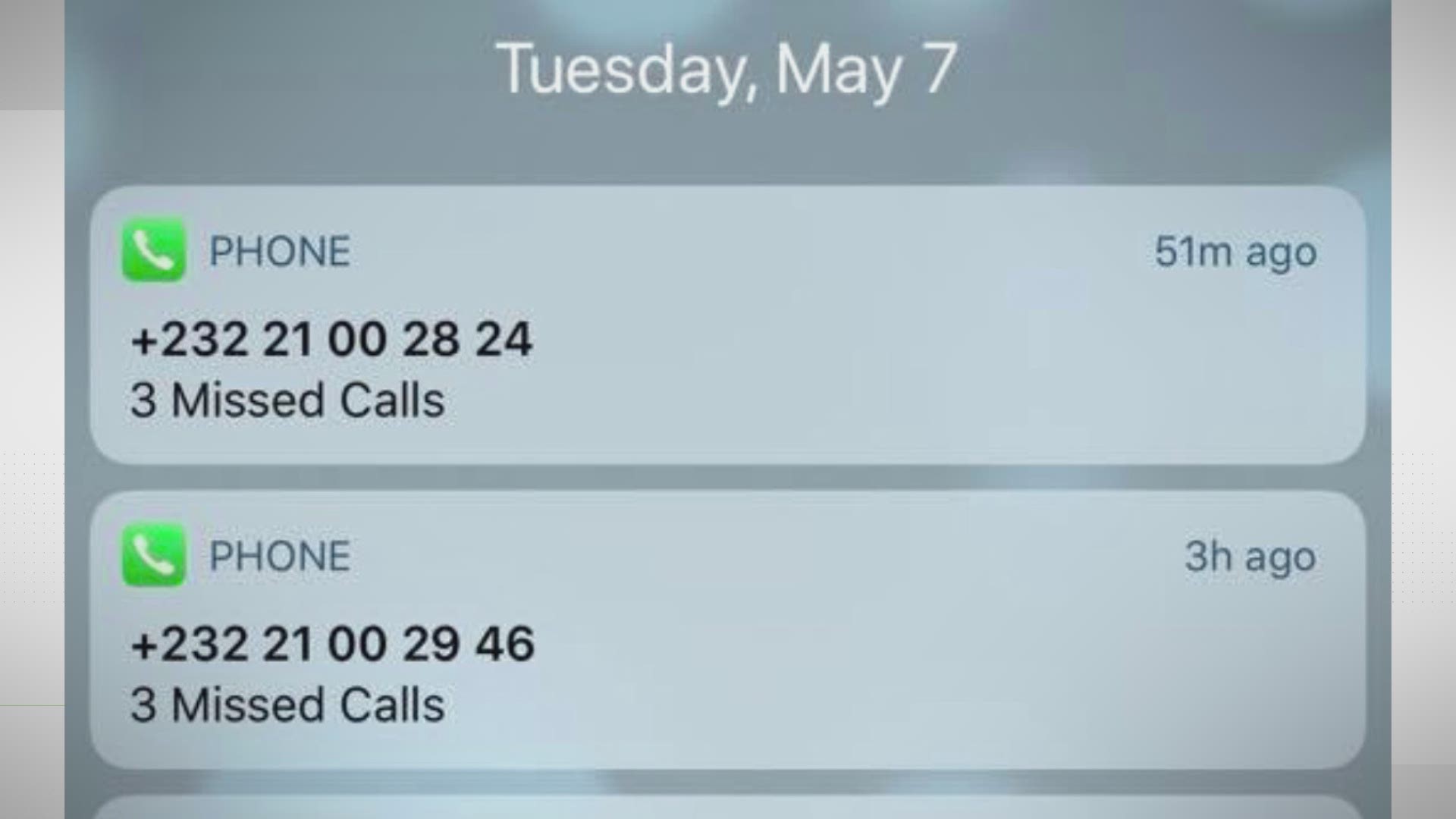 If social media posts are anything to go by, users from across the country are getting lots of calls from unknown numbers with area codes that link back to countries in Africa, like Mauritania and Sierra Leone.

Many claim that these calls are part of a scam. They call you and hang up, hoping you’ll call back. When you do, you get charged long distance fees and some numbers can rack up tolls from your call.

Are numbers from West African countries really calling U.S. residents as part of a scam to get money?

While it’s impossible at this point to know where the calls are originating from, it’s true that consumers are getting scam calls from these numbers that are trying to trick them into spending money via their phones.

The Federal Communications Commission have actually released a warning on these scams.

They call them “One ring,” or “Wangiri” scams. The core ideas is that these numbers call U.S. consumers and then hang up after a ring or two.

“They may call repeatedly, hoping the consumer calls back and runs up a toll that is largely paid to the scammer,” according to the FCC release.

The most common numbers appear to be coming from Mauritania (area code 222) or Sierra Leone (area code 232).

Unfortunately, it’s impossible at this point to know exactly where these calls originate. While the area codes reflect foreign countries, the “spoofing” technology for phones today allows people to imitate phone numbers from almost anywhere in the world.

These types of scams have popped up before with U.S. numbers.

So what can you do?

The FCC had two recommendations: