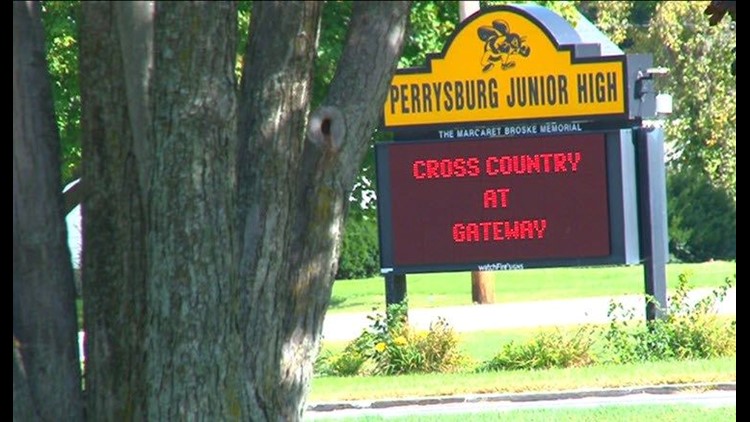 The incident happened on March 18., after an alleged 14-year-old boy video-taped a 13-year-old student in the bathroom and forwarded the video to other students.

Police are urging parents to check their child's cell phones and have a conversation with them about the seriousness of having questionable pictures and video on their phones.

"It doesn't matter if your son or daughter was minding their own business and someone emailed them a copy or your son or daughter took the photo or got a hold of it. If they are in procession of it, it is illegal," said Lou Gibbons, a law professor with the University of Toledo.

The 14-year-old has been taken into custody.

He is being charged with pandering sexually oriented matter involving a juvenile, a second degree felony.

Gibbons adds that facing felony sex charges and having to register as a sex offender are likely punishments for these cases of bullying or teasing that cross the line, even if a child didn't take the video but decides to forward it to other friends after receiving it.

"There is a point between privacy and your child being in danger or committing a crime that you have to know about. You have to know their passwords just to make sure you know to keep your kid safe," said Gibbons.

The incident is still under investigation as detectives are looking for others who may have been forwarded the video.

Stay with WTOL for the latest developments.