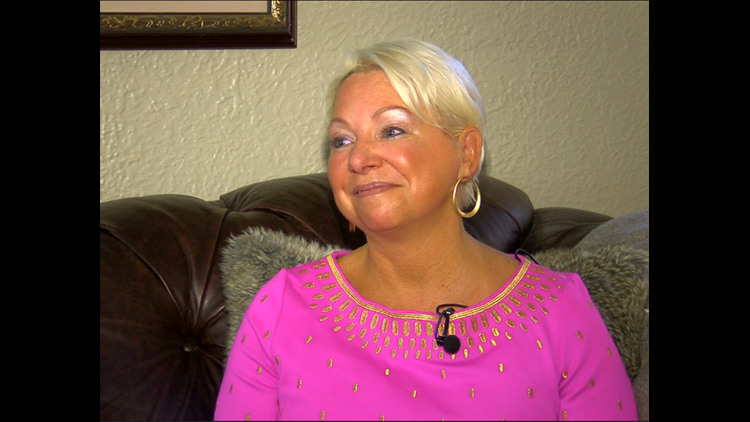 TOLEDO, OH (WTOL) - Amy Thorpe Wiley is grateful and has a new appreciation for life and for her platform as Susan G. Komen Northwest Ohio board president, which she uses to encourage other survivors.

Amy was diagnosed with breast cancer at the age of just 34 while training for a half marathon.

"It was just so frightening. I just can't even begin to tell you how scary it was," Wiley said. "I was changing into my running clothes and I found a lump in my right breast and it was very alarming. It was rock hard and about the size of a grape."

Her doctor found two more lumps and she had a mastectomy to remove them.

Then, she got a call from the doctor.

"He said, 'We have to go back in and take in more skin and more tissue and you have stage four breast cancer,'" Wiley said.

Amy's chance of survival was just 20 percent. She wallowed for a minute.

"I just kind of tried to wrap my head around the news I had just received," said Wiley. And then she stood up ready to fight.

"I came down to dinner that night and I told my family I'd made a decision: 'I am not going to die from breast cancer, end of story and we are not going to discuss this ever again,' and we didn't," she said.

"It just became my new job. My healing journey became my new full-time job. My oncologist said we're gonna get to work and he said 'I'm gonna kill you and then slowly bring you back to life,' and he was very true to his word."

"My oncologist recommended a new wonder drug that was out on the market called Herceptin. Lots and lots of women get herceptin, but back then it was brand new and it was designed for young women like me to reduce chances of re-occurrence," she said

"50 treatments of Herceptin was $375,000 and I was just so upset. I had no idea how that was ever gonna be possible. A grant from Susan G. Komen Northwest Ohio made the Herceptin possible and they paid for all 50 of my treatments."

15 years later, on the 25th anniversary of the Race for the Cure, Amy is the Susan G. Komen Northwest Ohio Board president. As she looks back, she's positive her grim diagnosis changed her life, for the better.

"Being the face for Komen right now is so important, " she said. "I hope my voice and my message can help get the news out to the masses that the funding that we raise stays in northwest Ohio to help women just like me, and men. So, I'm hopeful we can spread the news and spread the awareness and get as many people down to that race to register and support and there's nothing more special than seeing that sea of pink on race day."

That money goes to research for finding a cure.