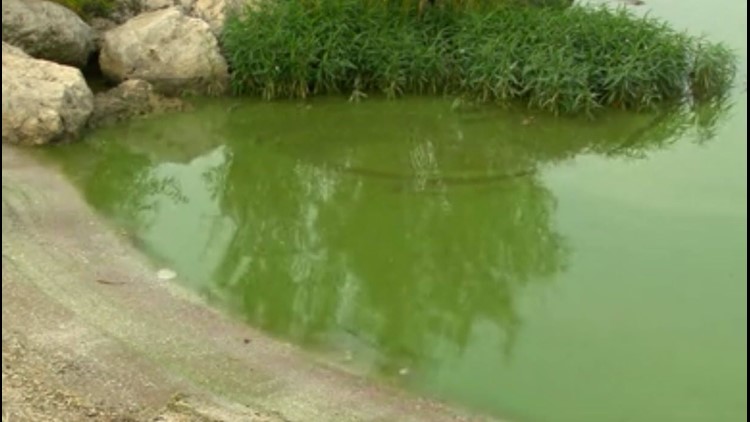 (WTOL) - Harmful Algal Bloom season may have ended, but a new study is outlining the economic effects of the blooms in the western Lake Erie basin.

The report was funded by the International Joint Commission, led by Raj Benjankiwar, and written by Environmental Consulting &Technology, Inc., led by Dr. Sanjiv Sinha.

A key question addressed in the study was, "What would be the annual benefits of avoiding repeats of the 2011 or 2014 Harmful Algal Bloom (HAB) outbreaks?

Focusing on larger HAB events, such as those in 2011 and 2014, the report studied its effects to recreation, tourism, residential property values and commercial water use around western Lake Erie. The economic impact to those areas were assessed assuming that remedial investments to protect water supplies were put in place afterward to protect future drinking water.

One key finding of the report was that $3.5 billion of residential housing stock values on the western basin of the Lake Erie shore and half a mile of the shoreline is at risk.

The study also found that the annual cost if another HAB event as in 2011 should occur would be approximately $71 million.

A similar analysis for the 2014 HAB event found that a reoccurrence of that year would cost around $65 million.

Researchers say the report reinforces the need to invest in solutions to combat the ongoing harmful algal bloom issue in western Lake Erie.