UT partners with alumni to paint murals across Tennessee

The latest mural is the second installment of UT's statewide campaign aimed at educating Tennesseans on the impact the university has across the state. 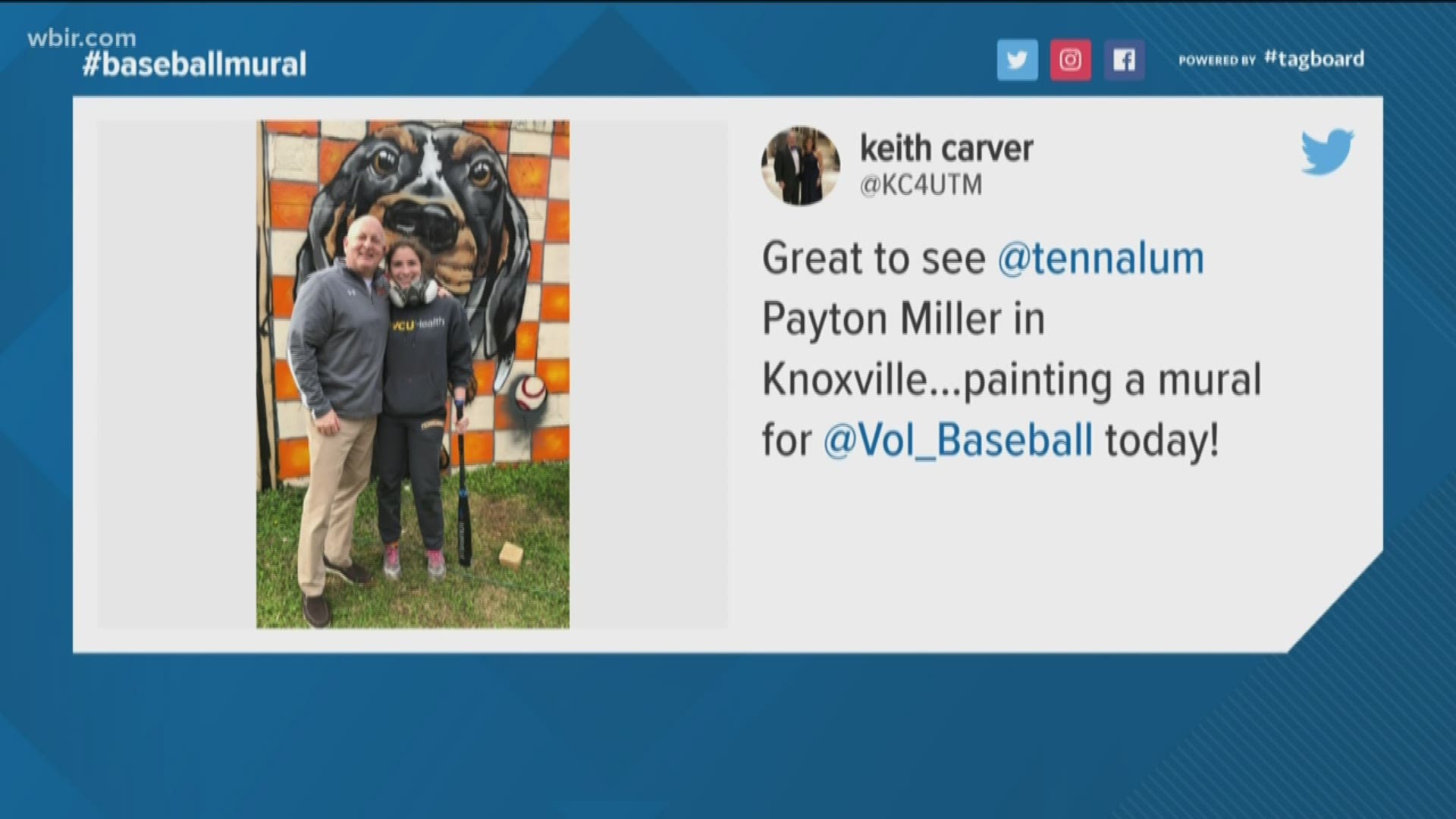 It is the second installment of UT's statewide marketing campaign aimed at educating Tennesseans on the significant impact the university has across the state.

The canvas for this artwork comes in the form of a grain bin owned by Robinson & Belew, Inc., a family-run business founded in 1950 that ships locally grown corn, soybeans and wheat around the world.

Keith Fowler, president of Robinson & Belew, and his wife Linda Robinson Fowler, are both proud 1985 graduates of UT Martin. The Robinson and Fowler families have long-standing ties to UT that span several generations, and they were recently featured for their contribution to the marketing campaign.

RELATED: Scratching the surface: A growing mural scene brings color all across Knoxville

Preliminary estimates indicate that the newest mural could be seen by as many as 1.9 million people a year. In August 2018, the inaugural mural was painted on a water tower in the heart of Downtown Knoxville, yielding an estimated 6.4 million impressions a year.

"People will see our murals and realize, 'You know, they’re right. Everywhere you look, I do see UT,'" Boyd's note said.

UT is continuing to look for high-visibility properties for future mural campaigns.

If you have a recommendation for properties along Tennessee interstates, highways and waterways, or nestled in the center of town, use the campaign's online form to submit your ideas or suggestions.