Out of Ohio's 88 counties, 72 have met or are close to meeting their recruitment goals. However, the state overall is still short 6,914 workers for Nov. 3. 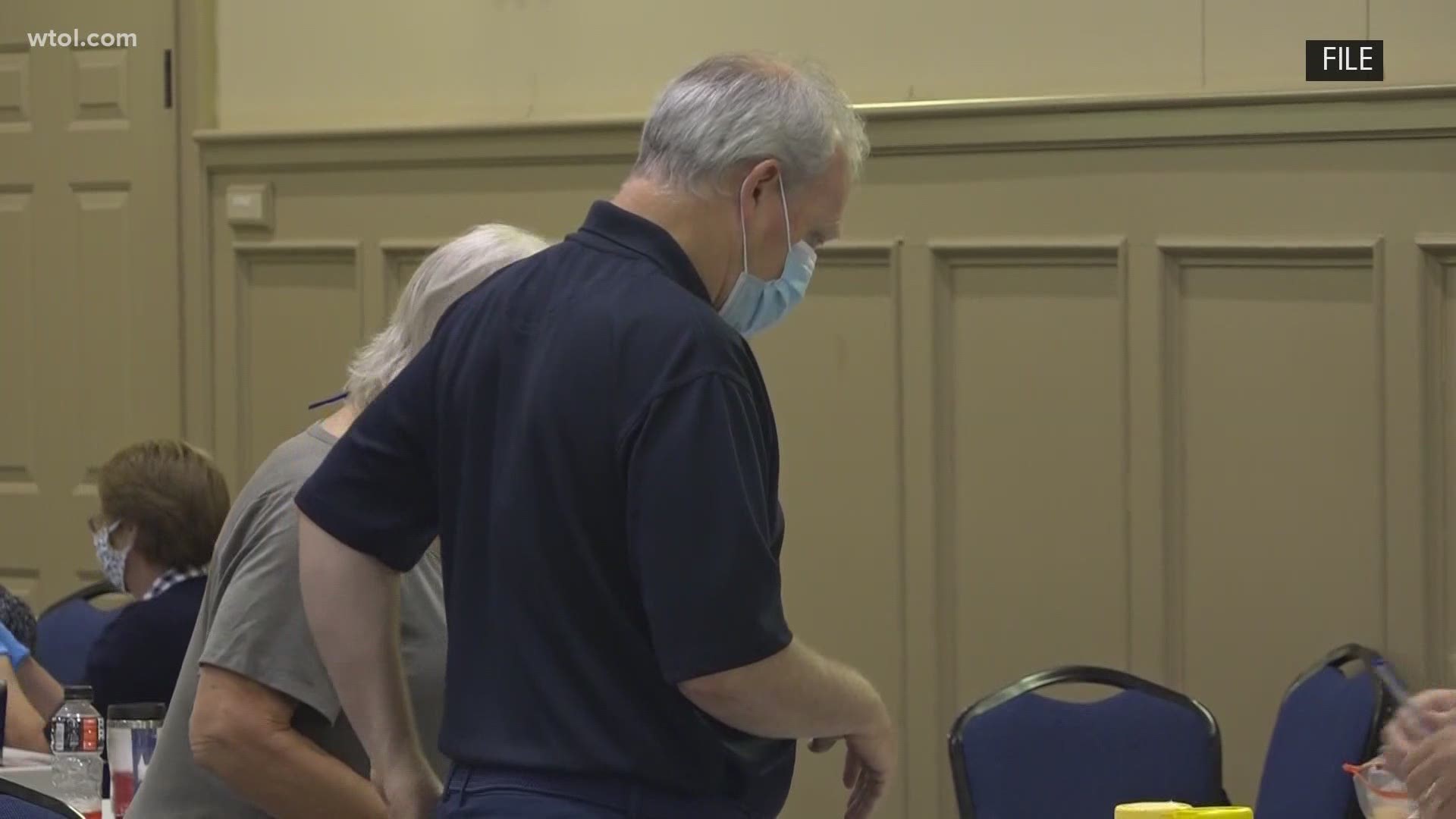 COLUMBUS, Ohio — With the Nov. 3 less than three weeks away, more than 53,000 Ohioans have already signed up to serve as poll workers for the general election.

According to Secretary of State Frank LaRose's office, the current total of 53,034 includes 22,830 Democratic and 20,147 Republican poll workers.

Out of Ohio's 88 counties, 72 have met or close to meeting their recruitment goal. However, a review of all county data shows that the state is still 6,914 short of its goal to recruit 55,525 poll workers for the Nov. election.

Details for each specific county can be found on Ohio's first "Poll Worker Tracker," which gives Ohioans, counties and partner organizations clear goals for recruitment and the election.

At this point, there are just 16 counties that are more than 100 poll workers away from meeting their goal. Those counties are:

According to a press release, particular focus is on Franklin, Hamilton, and Summit counties -- all of which require 500 or more poll workers to meet their goal, with Summit the furthest away – still needing 843 poll workers.

“From businesses to veterans to the education community, it’s been an all-hands-on-deck effort to recruit poll workers for the upcoming election,” LaRose said. “We’re so close to ensuring a full complement of poll workers to staff our thousands of polling locations across the state. If you’ve ever wondered what it’s like to serve your community and perform an important patriotic duty in a time of need, here’s your chance.”

Any Ohioans interested in serving as a poll worker can sign up by clicking here. Once they do, county boards of elections have been instructed to promptly contact them to schedule training. From there, they will be assigned to work a neighborhood polling location or may serve as a reserve poll worker and be on-call for election day.

In an effort to be transparent with voters, LaRose has decided to give Ohioans weekly poll worker updates as reported by the 88 county boards of elections.

This is the first time this type of information has been collected from the counties prior to an election.

LaRose has partnered with Ohio businesses to offer employees the day off to be poll workers.

The elections chief announced the initiative with an event in Cincinnati -- Western & Southern Financial will be allowing employees to work the polls with a paid day off and so will many other companies statewide.

Businesses like @WesternSouthern are stepping up to help us defend democracy by offering staff a paid day off to serve as poll workers. We are calling on other Ohio businesses to follow their lead!

Sign up to be a poll worker at https://t.co/5oqAuPTjLa 🇺🇸 pic.twitter.com/ZeWZSnmm9V

Professionals Getting Education Credit to Serve

A partnership with over 100 barbershops and salons, and the schools that feed into them to recruit more poll workers.

This initiative is asking veterans who took an oath to defend their country to defend democracy on Nov. 3.

Poll workers can donate their earnings to a nonprofit or charity of their choice.

Youth at the Booth

OSU President Johnson announced that all university employees may receive a paid day off without using vacation time to be a poll worker this fall. Recruitment materials and the form to sign up to serve as a poll worker can be found here.