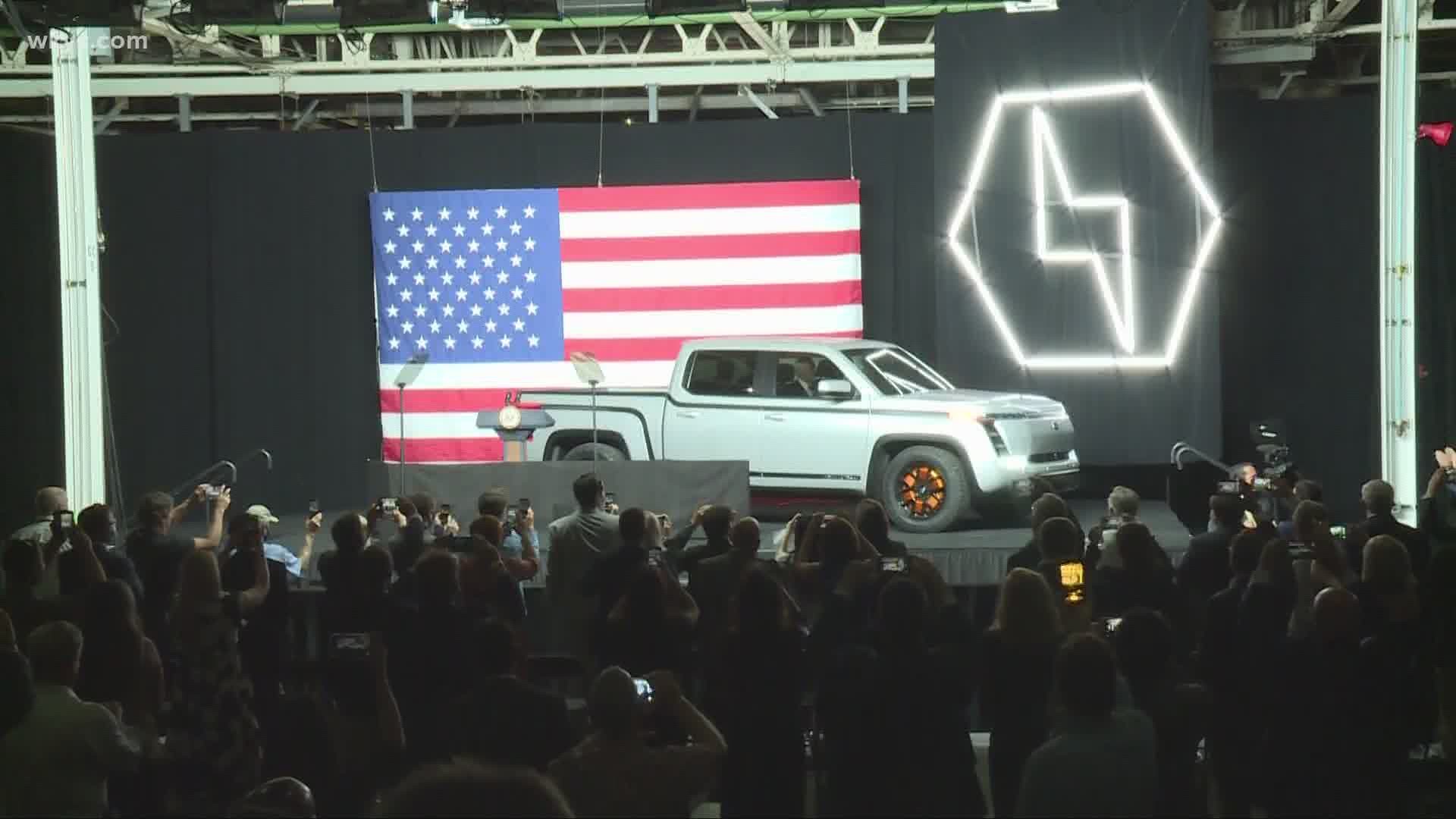 LORDSTOWN, Ohio — An upstart electric vehicle maker says it now has more than 100,000 orders for its new pickup truck. Lordstown Motors Corp plans to begin production of the Endurance All-Electric Pickup Truck in September at its plant near Youngstown.

The company bought the former General Motors assembly plant in Lordstown after GM ended production there in 2019.

Lordstown Motors says it will hire hundreds of people to build to the first line of Endurance trucks, but its long-term plan is to add thousands of jobs.

The light-duty truck has a range of about 250 miles and is being marketed to commercial customers.

“Receiving 100,000 pre-orders from commercial fleets for a truck like the Endurance is unprecedented in automotive history. I think you can see why we feel that we are about to revolutionize the pickup truck industry.” -CEO Steve Burns #RideWithLordstown https://t.co/Er8atiHusS pic.twitter.com/iMJXBbaC4e

In September, President Donald Trump met with Lordstown Motors CEO Steve Burns on the South Lawn of the White House for a look inside the Endurance. Trump was joined by U.S. Senator Rob Portman (R-Ohio), Rep. Mike Turner (R-OH), and White House Director of Trade and Manufacturing Policy Peter Navarro.

"It's an incredible piece of science and technology," the president said during remarks after his tour of the Endurance. "It's going to happen more and more with cars and trucks."

The Trump Administration has followed the progress of the Endurance closely. In June, Vice President Mike Pence was in Lordstown for the official unveiling of the truck.

Back in September, Lordstown Motors announced that it had received 40,000 preorders for the Endurance. The non-binding preorders equaled $2 billion in potential revenue for the Ohio-based original equipment manufacturer.

Also in September 2020, the state of Ohio announced General Motors must pay back millions of dollars in tax incentives as part of its decision to close the Lordstown plant in 2019. GM will be required to invest $12 million in the Mahoning Valley by the end of 2022, and refund $28 million in tax credits.