For decades, Corporal Robert Lee Bray's remains sat in an unmarked grave until the Army began to disinter the graves of the unidentifiable. 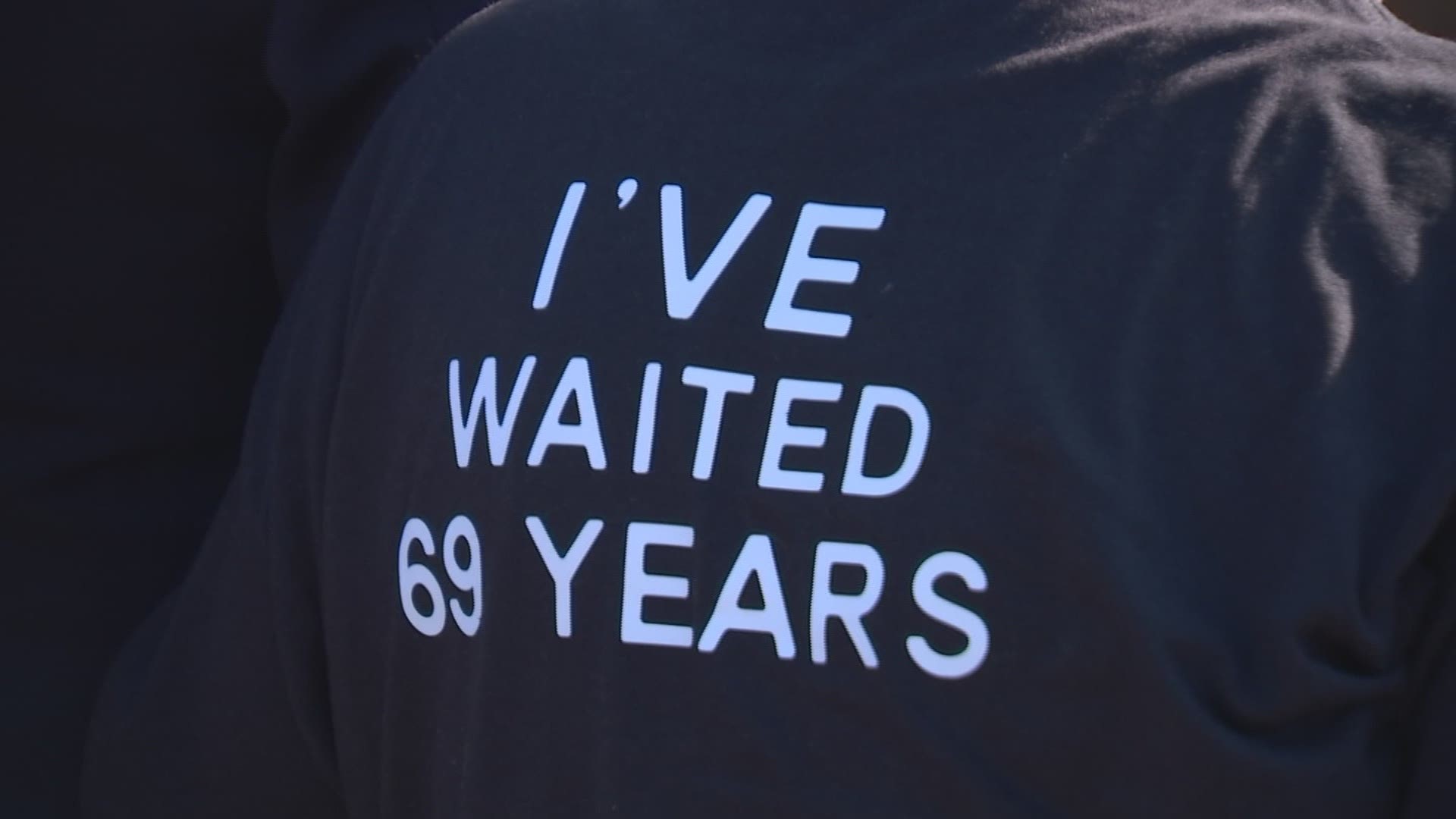 ROSS COUNTY, Ohio — Robert Lee Bray went off to war at the age of 17 years old.

HIs sister recalled it was a difficult time for her mother.

"She blamed herself for signing him in 'cause he was only 17. She begged him. It didn't do no good but he wanted to go," said Cleo Jones.

The family said he would write home often. Then, suddenly, the letters stopped.

The family would learn he was declared missing in action (MIA) on Thursday, July 20, 1950.

The Army confirmed he was fighting in defense of Taejon in the Republic of Korea. He was a member of Company C 1st Battalion, 34th Infantry Regiment, 24th Infantry Division.

It was an early battle of the Korean War between American and North Korean forces. The 24th Infantry Division was overwhelmed by numerically superior forces of the Korean People's Army (KPA) at the major city and transportation hub of Taejon.

The 24th Infantry Division's regiments were already exhausted from the previous two weeks of delaying actions to stem the advance of the KPA.

The entire 24th Division gathered to make a final stand around Taejon, holding a line along the Kum River to the east of the city. Hampered by a lack of communication and equipment, and a shortage of heavy weapons to match the KPA's firepower, the outnumbered, ill-equipped and untrained

American forces were pushed back from the riverbank after several days before fighting an intense urban battle to defend the city. After a fierce, three-day struggle, the Americans withdrew.

The day before New Years in 1953, the Bray family received news from the Army that their brother was presumed dead.

His sister remembers the day like it was yesterday,

"Oh God, that's the nightmare. I heard mom screaming and crying. All through the years I had to live with her crying and talking about him and hoping he would come back, hoping they would find him, but they never even found his dog tags," she said.

Credit: WBNS
On Wednesday, the remaining family members of Robert Lee Bray, including his great granddaughter, came to a funeral home in Ohio to say their final goodbyes.

For decades, Corporal Bray's remains sat in an unmarked grave until the Army began to disinter the graves of the unidentifiable.

In June of this year, a mystery was solved when dental records and other evidence led to his identity.

It was a revelation, his sister says she doubted would come.

On Wednesday, the remaining family members, including his great granddaughter, came to a funeral home in Bainbridge to say their final goodbyes. Then it was off to the cemetery — where Bray's mother is buried — for a full military funeral on what would have been his 88th birthday,

Finally, this family is getting the burial they always wanted.

"It's a wonderful feeling," said his sister.

To find Korean War veterans from Ohio who are still unaccounted for, click here.