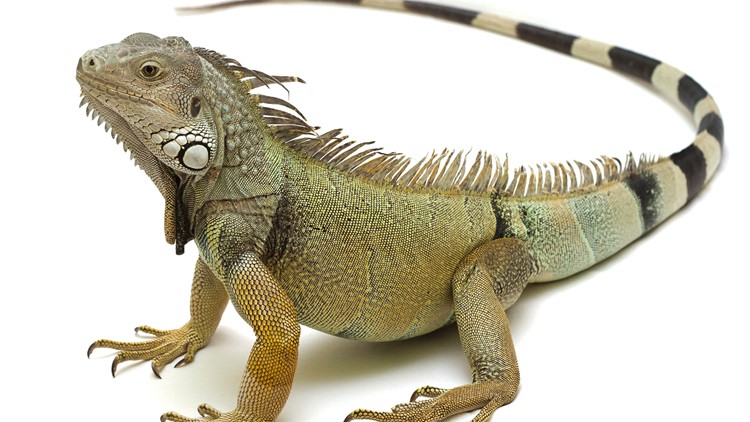 PAINESVILLE, Ohio — An Ohio judge has told a man who threw an iguana at a restaurant manager that he's not allowed to brag about the crime.

Painesville Municipal Judge Michael Cicconetti (chik-oh-NET'-ee) sentenced Teeter to two years of probation. The conditions also include that Teeter cannot live in a home with animals for five years.

In April, authorities said Teeter pulled the 2-foot-long (0.61-meter) iguana from under his sweatshirt, swung it around by its tail and threw it at a Perkins Restaurant manager but missed.

The iguana suffered a fractured leg but recovered.

The lizard had ended up with Teeter after getting away from its rightful owners while they were moving. It has since been returned to them.