The order honoring Officers Brian Sicknick and Howard Liebengood and all other law enforcement officers across the country will be in effect until sunset on Jan. 13. 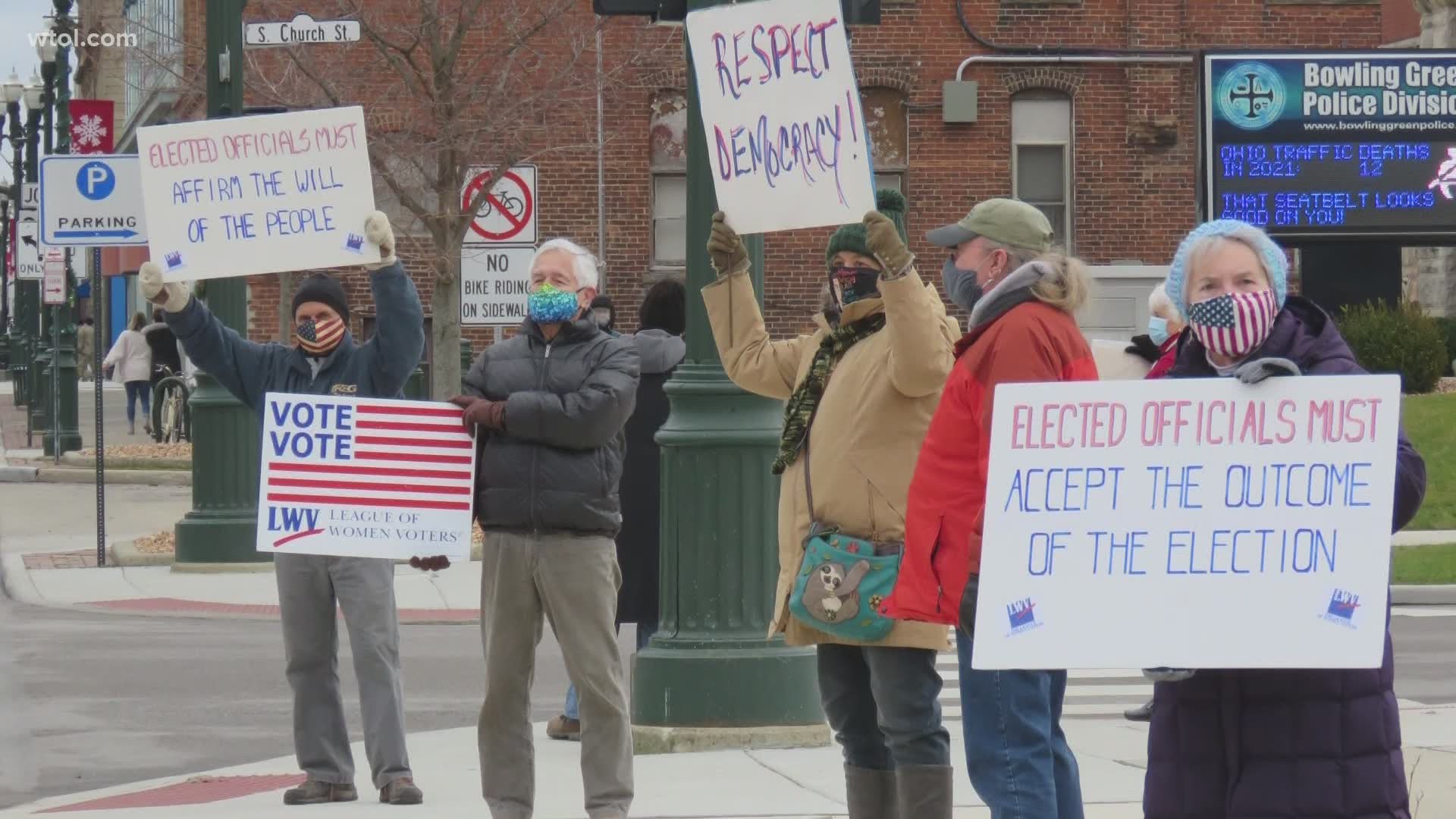 TOLEDO, Ohio — Gov. Mike DeWine ordered Monday that all U.S. and Ohio flags be flown at half-staff at public buildings to honor the life and service of U.S. Capitol Police Officers Brian Sicknick and Howard Liebengood, who died after rioters breached the Capitol last Wednesday.

The order, also meant to honor all Capitol Police and law enforcement officers across the country, will be in effect until sunset on Jan. 13.

"This is an embarrassment to our country. This must stop immediately. The President should call for the demonstrators to leave our Capitol Building. The final step in the constitutional process of electing our president has been disrupted. The stopping of the count of the Electoral College votes has occurred because the security of the U.S. Capitol has been breached by a violent mob.  As a nation of laws, this is simply not acceptable. Lawlessness is not acceptable. This is an affront to our Constitution and everything we hold dear. Those who breached the Capitol breached the Constitution. Peaceful demonstrations outside the Capitol are an exercise of the demonstrators’ First Amendment rights. Stopping the constitutional process by which we elect the president is not."

RELATED: FBI searches home of former Cleveland schools employee after her alleged involvement in riots at the US Capitol

RELATED: Law changed to ensure sons of Anthony Dia will get college tuition and fees waived at Ohio schools