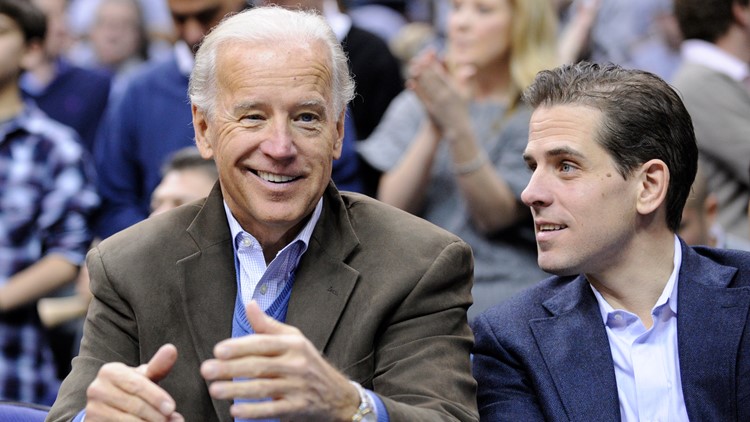 Photo by: AP
FILE - In this Jan. 30, 2010, file photo, Vice President Joe Biden, left, with his son Hunter, right, at the Duke Georgetown NCAA college basketball game in Washington. Since the early days of the United States, leading politicians have had to contend with awkward problems posed by their family members. Joe Biden is the latest prominent politician to navigate this tricky terrain. (AP Photo/Nick Wass, File)

Democratic candidate Biden plans a return to Ohio on Halloween

COLUMBUS, Ohio — Democratic presidential candidate Joe Biden plans to make a return visit to Ohio two weeks after he's in the state for a debate.

Biden's campaign announced Tuesday that he will be in Columbus on Oct. 31. No other details were released immediately.

Biden and rivals for the Democratic nomination will be at Otterbein University near Columbus for an Oct. 15 debate .

Republican Donald Trump carried Ohio decisively in 2016 and the state has been trending Republican in statewide elections.

Trump's urging of Ukraine to investigate Biden's family has helped trigger a House impeachment inquiry into the president's actions. The former vice president was Democrat Barack Obama's running mate on the ticket that carried Ohio twice.