For Flatrock Distillery and The Armory, 2020 is requiring creativity and balancing challenges with opportunities. 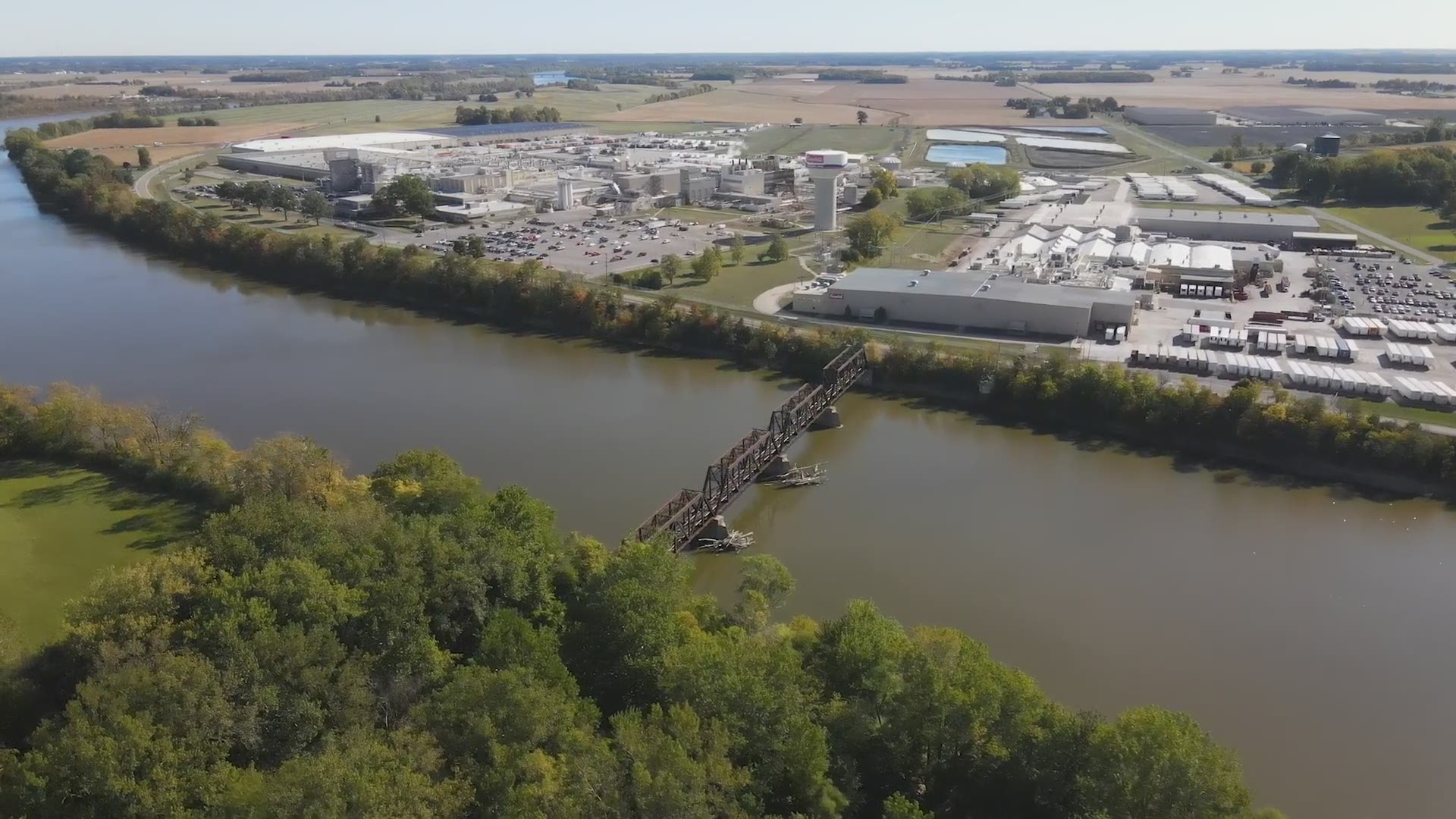 NAPOLEON, Ohio — Our 88 Counties in 88 Days feature wheels its way into Henry County, checking out the county seat, Napoleon, and the restaurant and entertainment renaissance that's brewing there.

"Henry County is one of those places that you don't find yourself in if you're not from here," said Flatrock Distillery owner Lawrence Pritchard. "We're to change that by bringing people all over the country to Napoleon."

Pritchard, a modern-day moonshiner, has been brewing beer, distilling spirits and making wine at Flatrock Brewery in Napoleon for years.

"Now we opened up the distillery here. We are the first minority-owned distillery in the history of Ohio. My grandfather was a moonshiner. I took our family name legal for the first time in over 100 years, so I'm pretty proud about that."

Pritchard is a fourth-generation moonshiner and his story was featured on Discovery's "Moonshiners: Master Distiller." He fully transitioned his Flatrock Brewery to Flatrock Distillery after the national appearance, returning to his roots.

"I feel good that I can take those plans and those dreams (shown on the broadcast) and all those things we sacrificed to open and see it in small-town America. It's really special," he said.

The distillery recently opened up but prior to being fully functional in producing liquors for consumption, Pritchard put his talents to use in a helpful endeavor prompted by the pandemic.

"We had a federal license since December of 2019, and enabled us to make hand sanitizer. We've been making hand sanitizer for local schools and all over the state. There's absolutely a need for hand sanitizer especially locally - fire departments, police departments - because a lot of companies were price gouging at the time. We wanted to keep our prices low enough that everybody could afford to get hand sanitizer," he said.

Pritchard said with the COVID-19 pandemic, he doesn't know what the future holds for his business but having the outlet of being able to make hand sanitizer helps.

"It's really hard to open up during an epidemic. We don't know what's going to happen in a few months - is there gonna be another outbreak?" But it really does help to be able to make hand sanitizer because not only are we helping the community, but we're bringing in some revenue while we're waiting out another restriction that might come in a month or two."

Credit: WTOL
The Armory in Napoleon dates back to 1913 and is now an events space, featuring a banquet hall, bridal suite, catering kitchen, hair salon, art gallery and a portrait studio..

"We acquired (the armory) for $22,000 because no one bid on it. No one wanted to take on that challenge," said Julie Busch, event coordinator at The Armory.

The Armory, built in 1913, is home to a banquet hall, bridal suite, catering kitchen, hair salon, art gallery and a portrait studio.

During a walkthrough, she pointed out the "Drill Room" turned banquet space.

"This is where the military men did drills. People are so thankful we saved it. People just didn't know how to save it. I didn't either - I figured it out. ... If I wasn't so stubborn, I would have given up," Busch said with a wry chuckle.

With restrictions on events, The Armory felt the pinch.

"Pandemic was a real hit to us. I think we had 50 weddings on the books. In March, April, May and June, we had to cancel or reschedule those weddings. It's a big financial hit," she said. "It bums me out a lot because this was supposed to be our biggest year."

But that ingenuity and "figuring it out" also is being seen in how the Armory is approaching operating during the pandemic.

"We may not have all the weddings that we wanted, but we have Air BnB," Busch said.

This Air BnB is a unique space, complete with a 1940s kitchen with reclaimed signs and refurbished vintage appliances, a luxe bathroom with hand-designed tile floorings, repurposed auditorium doors elsewhere and more.

"2020 is what you make it. If you want to survive it, then you've gotta get creative," Busch said.